I’m going to keep this intro short and sweet - positively minimal, in fact because legends, royalty and superstars very rarely need much in the way of introduction. Let’s just dive head first into my gushing recount of Manchester’s brand new culinary triumph which goes by the name of Peter Street Kitchen.

The ultra-modern restaurant resides just beyond the pristine lobby of the Radisson Blu Edwardian hotel. It’s the kind of contemporary interior that you might expect to find James Bond sitting in, waiting to share a dirty martini with a scantily-clad Japanese assassin. Split into a main bar area, the central ‘Eye’ dining area, ‘the Kabe’, ‘the Hibachi’ and a low-lit lounge carved out of the building’s original colonnade, it really is a sight to behold. 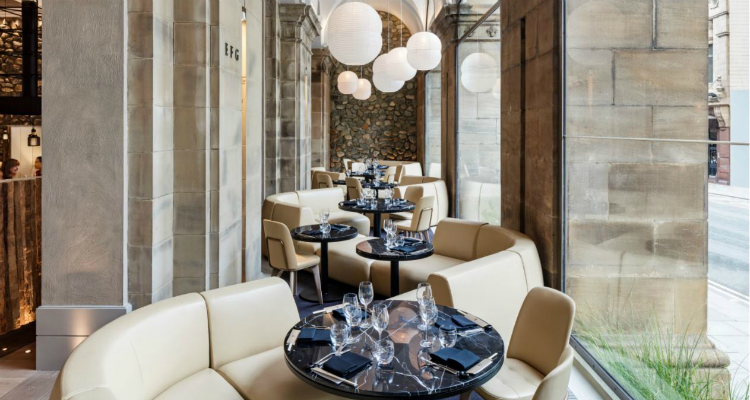 Super smart and completely stylish, this spot is going to be a contender to some of Manchester's best restaurants.

If you aren’t already completely awestruck by the venue itself, just wait until you take your pick from the small-but-mighty menu which marries contemporary Japanese and Mexican fare. We reluctantly narrowed our choices from the Omakase menu (£65 for six courses) down to: crispy rice & spicy salmon, tuna sashimi flatbreads, veggie chicken tempura, Chilean sea bass yasai zuke, Mayan-spiced chicken soft shell tacos, and some Mayan tenderstem broccoli - all washed down with some sweet sparkling sake.

The dining style here is very much en vogue - small dishes, designed to be shared, which come out as and when they’re ready. As our procession of generously-sized micro plates rolled out, each bite seemed to have even more wow factor than the last, with the vegetable marinated sea bass reigning victorious as the best piece of fish I have ever eaten in my whole life. The flesh was tender and abundant in flavour while the skin was crisp and sticky with the vegetable puree it had been basking in for three days.

For the sake of all things fair and equal, my one solitary quibble was with my somewhat anti-climatic dessert. I ordered the chocolate bento box, anticipating some sort of theatrical cacophony of chocolate desserts but it transpired to be nothing much more than a decent chocolate fondant. Perhaps Peter Street had just set the bar too dang high for themselves.

We did also go halves on the yoghurt and white chocolate mousse with goma sponge though which was nothing short of an edible masterpiece, complete with the sweetness of vanilla and more savoury tones of sesame. This is seriously, seriously impressive gastronomy and an exciting addition to the Manchester food and drink scene. 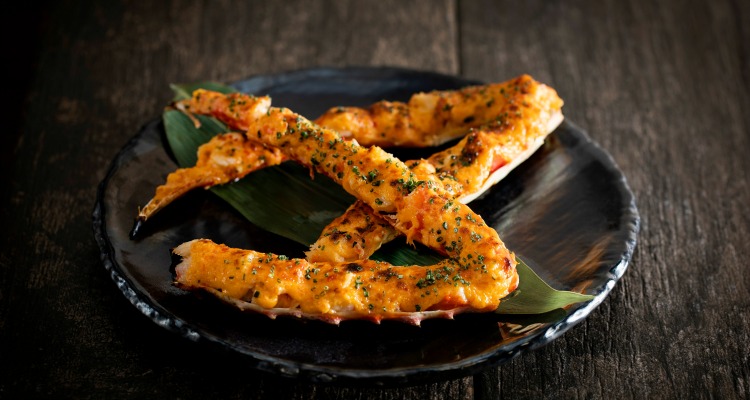 Peter Street Kitchen are doing something magical to their seafood.

If you’re looking for a dining experience that is really, truly going to knock your socks off then waste no time in making a reservation at Peter Street Kitchen. Everything from the decor and the minimal techno background music, to the knowledge of the impeccably-dressed waiting staff and the unusual combination of ingredients were utterly incredible. Be prepared to pay a more high end price tag for the pleasure but I can confidently say that you will not regret it.