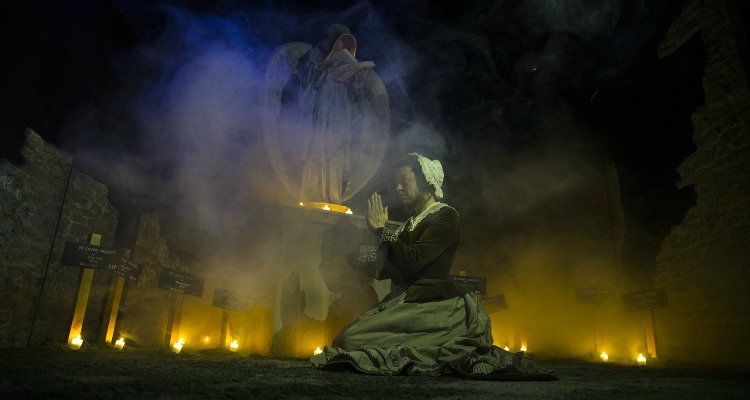 Dotdotdot prove why they're still leaders of London's immersive scene with their martian production.

I like to think that not a lot that rattles me; i'm not that bothered by spiders (pending that stay in their space), scary movies have to really try to get a jump out of me, and i'm normally the one waiting the other side of the basement door to surprise my husband, not the other way round.

But dotdotdot's latest immersive production (complete with VR and holograms)?

It stuck with me.

Already Goliath when it comes to unusual encounters in the city thanks to the award-winning SOMNAI (and then some), dotdotdot aren't shy of getting stuck in, which I found to be true at Jeff Wayne's The War of The Worlds: The Immersive Experience.

Kicking things off in The Spirit of Man bar, we enjoyed a quick pre-game drink, all the while loomed over by a smoke-spurting, life-size martian, as a steampunk sir snatched us from our doubles to get the show on the road. 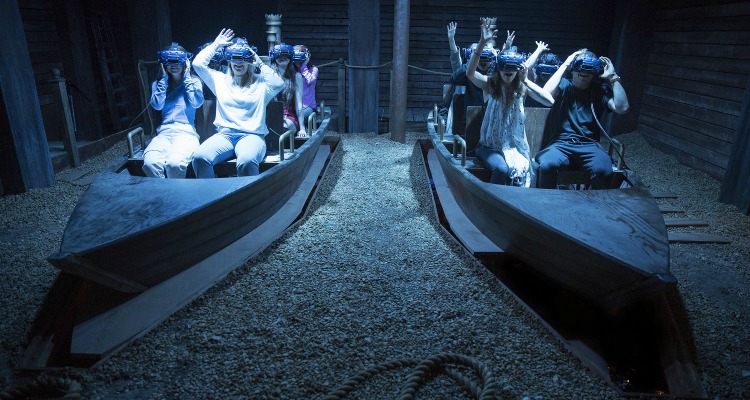 Heading in to a smokey Victorian alley, followed by a theatre (complete with cinema-seating) torn apart by otherworldly creatures, it's clear from the off that set production is held in the highest regard. I don't want to give too much away (if anything really), because this is definitely a 'seen to be believed' experience, but every space (from terrifying confession box and rickety wooden boats to pitch black dining room with crockery and interlude cocktail bar) is another reminder of the quality and another chance to be indulged in a story that really is out of this world.

For those wondering about the VR throughout the experience, it more than holds up. Dotdotdot use it to a manageable and fun-loving level, to the point where pandering around the room dancing with my husband dressed as a Victorian miss in a petticoat and straw hat (him, not me) seems almost the norm in the consistent steampunk setting.

Try your hand at surviving the martian invasion when you buy tickets to Jeff Wayne's The War of The Worlds: The Immersive Experience here.