After endless months of huddling inside to a backdrop hammering rain, jibbering politicians and one two many takeaways, you better believe it felt good to be donning my trusty ‘jeans and a nice top’, hopping onto the northern line and whizzing towards some Saturday night fun in the form of the Waterloo Hidden Jazz Club.

Founded in 2017, Theo and his underground gang have performed their way across the globe, from New York to Tokyo and Paris, popping up in uber-cool venues nights of non-stop jazz courtesy of some of the most talented musicians in the biz. I had originally managed to nab tickets for the sold-out November run, sadly Boris had other plans, but a mere three postponements later I was ready to be wowed (and wowed, I was). 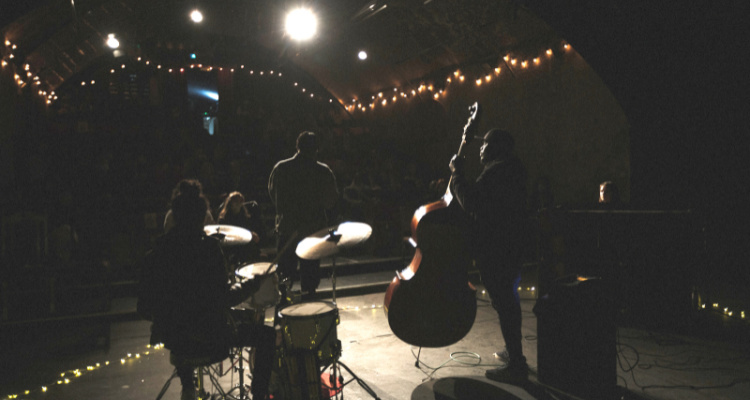 If ever there were a great setting for slinky jazz, it's this.

Taking place in the converted railway arches of The Vaults, the live show was soundtracked by the noise of packed-out trains rumbling above, a constant reminder that London was springing back into action. Having grabbed a couple of G&Ts from the bar, my partner and I took our socially distanced seats as the lights dimmed.

Kicking things off was a seven-minute explosion of music like I had never seen or heard before. With Ife Ogunjob on the trumpet, Dan Casimir on bass, Zoe Pascal on Drums and Sarah Tandy on piano, the quartet whipped the audience, quite literally into a frenzy. Incredible trumpet solos were replaced with throbbing drum beats and fingers running across keys quicker than the speed of light... it was pretty soon after this that the whooping began. 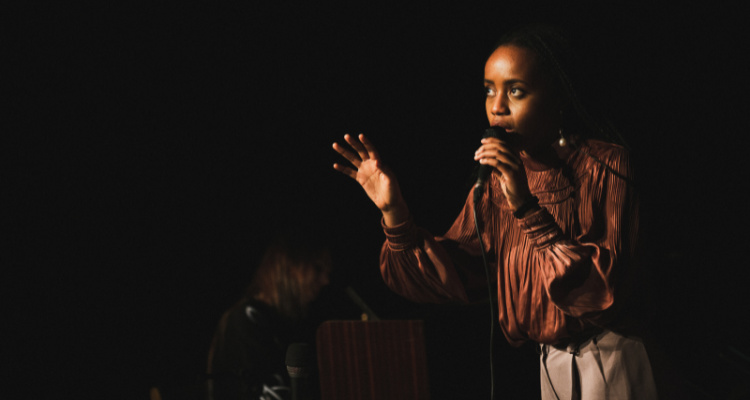 The WHJC boasts performers like no other jazz night in London.

Halfway through the first set, Cherise, Jazz FM’s 2019 Vocalist of The Year skipped onto the stage, bringing with her mesmerising tones and electrifying scat singing, while also stepping back every now and again to let the musicians fully flex their muscles. The night ended with an intimate performance between her, and the club’s founder, Theo. Dreamy rhythms carried us back up the streets above, craving a little more and promising to return soon.

In case you haven’t noticed, being anywhere in the city right now feels pretty darn special, but the Waterloo Hidden Jazz Club is truly an unmissable experience. Whether it’s a quirky date night or a long-awaited reunion with friends, these incredible pop-up events will have you falling in love with the city all over again (and rushing home to YouTube Nina Simone videos until the early hours).

Buy your tickets to the Waterloo Hidden Jazz Club here.