January was a long and miserable old beast, and by the time February rolled around? It’s safe to say my skin was tinged grey, my Skyscanner obsession had reached a critical level and even Love Island's return bought me no joy. I needed a sunshine-filled intervention, and I needed it fast.

The 14th-floor restaurant of The Hoxton hotel in Southwark is styled more like a five-star retreat on a far-flung Isle than a South London brunch spot. With staff wearing crisp white polo tops, tropical beats ringing from the speaker system and an eclectic collection of bamboo furniture, the only thing to give the game away was the murky tones of the River Thames lurking in the distance, although I’m not sure what The Hoxton could have done about that. 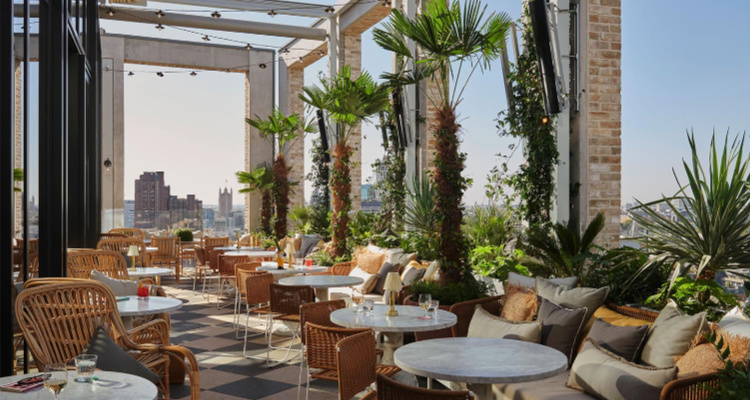 Costa del Southwark in all its crowning glory.

To get things started? A round of fizzy concoctions in the form of a marmalade-flavoured bucks fizz (£14), and a crème de pêche bellini (£14). Sweet and crisp at the same time, my citrus sip provided just the right kick to lift me out of my Sunday slumber and got me feeling match ready for the feast that was to follow.

The Basque-inspired brunch menu is divided into raw seafood, small plates, charcuterie, mains and sides. Skipping the albeit impressive oyster list for something with a little more substance, we first ordered the crab and manchego omelette (£14), a fluffy offering topped with velvety hollandaise served alongside some hearty slabs of bread. It was rich to the max but we dutifully scooped up every last drop. Arriving alongside it was the oft-Instagrammed octopus roll (£14.50) - an Ursula-style tentacle nestled into a long brioche bun and doused in sobrasada aioli - it was the perfect balance of sweet and salt, tough and soft, and was undoubtedly love at first bite. 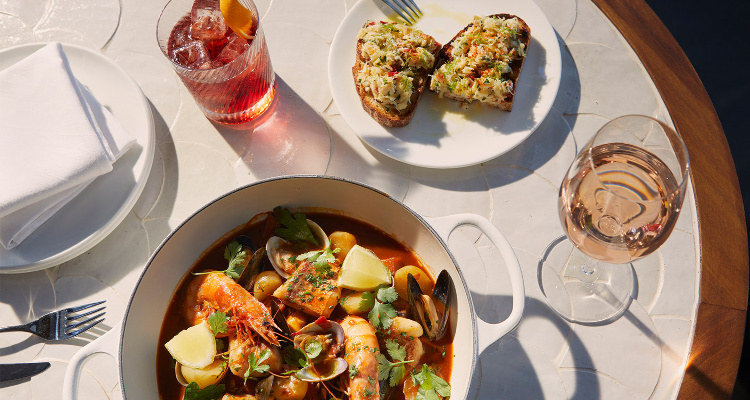 A fusion of Spanish and Portuguese cuisines, Seabird's brunch offering is a fishy affair.

Following the advice of our waitress we next went for the sharing size frittura mixta (£30) along with a portion of charred baby gem (£12). Served with a sunshine yellow saffron aioli, the crispy seafood platter included sea bream, scallops and prawns amongst dinky whitebait, all lightly dusted in a tempura and garnished with a sprinkle of paprika. The lettuce was every bit as delicious, arriving in a pool of corn puree it was some seriously pimped up greens, although at £12 a pop, you would expect as much.

And what would brunch be without a couple more cocktails? For me a caipirinha (£13) - a grown-up slushie that packed a punch. And for my sister, The Alexander (£14), a creamy and indulgent mix of cacao, gin and cream that led us perfectly to our final course. 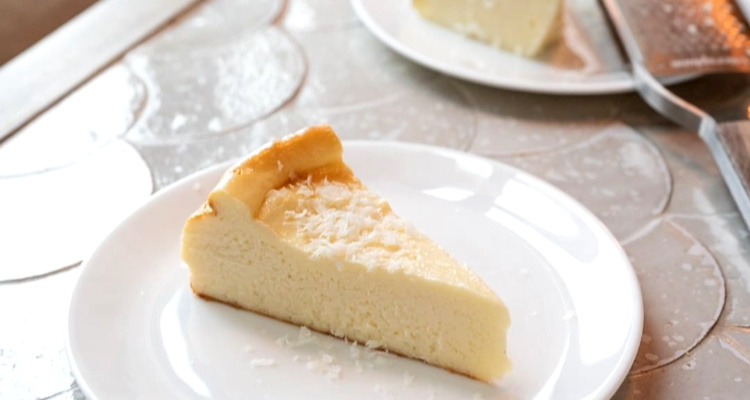 A spongey slice that melted in the mouth.

Going out with a bang (and a serious case of indigestion) we ordered a mammoth slice of the manchego cheesecake and the bola de berlim - three delicate doughnut balls oozing salted caramel, crema catalana and chocolate (both £7). The cheesecake was served sans a buttery biscuit base, a surprising twist that thankfully didn’t detract from its cloud-like texture and slightly soured twang.

Seabird offers slap-up nosh in stunning surroundings with some pretty impressive views to boot. Better than that though, a trip here feels ever-so-slightly like an exotic summer getaway (minus the stress of baggage allowance and post-Brexit passport control). Sure, it’s ain't cheap, but when compared to an all-inclusive in St Lucia? Although I won't be snorkelling in The Thames anytime soon...

Looking for more weekend inspiration? Check out our guide to the best London brunches with a view here.