London Shell Co's Back - But Is The Grand Duchess As Good As Its Sister?

London Shell Co have been making waves in the city since 2016, converting an old barge into one of the capital’s hottest dining spaces, with incandescent praise crashing in from all sides of the reviewer sea. And while riding Regent’s Canal aboard The Prince Regent - guzzling British wines and seafood - was arguably one of my favourite nights, I was ready to be taken for a spin again, this time on their sister boat, The Grand Duchess. 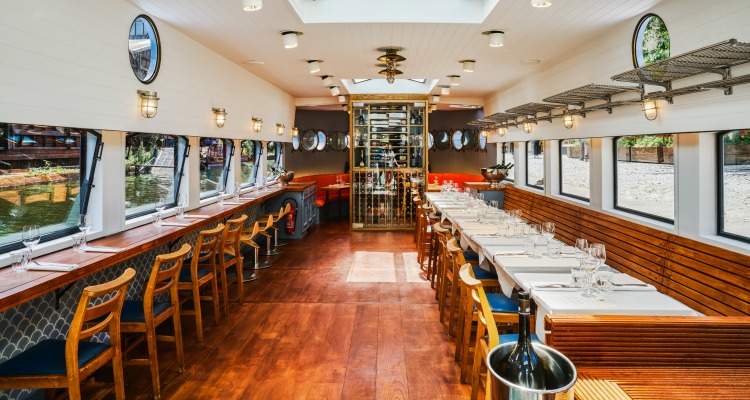 Nab the counter seating for views of other canal punters.

I headed to the docked barge during the heatwave, the one where skin peeled off seats and five minutes in an office with aircon was sellable on eBay. When you wanted to be on the water, or rather in the water - more precisely in an ice bath with a bag of frozen peas on your head. And while the restaurant was as stifling as the rest of the city, the view from the far windows was appropriately aquatic, Regent’s Canal seemingly lapping where we sat. While it might not move like its sister, The Grand Duchess is as fancy as its name; a regal blue and white barge, with an oyster-like shell curling up from the entrance. Inside, the space is split between long bench seating, wooden tables, and in the bow of the boat, an intimate captain’s table. 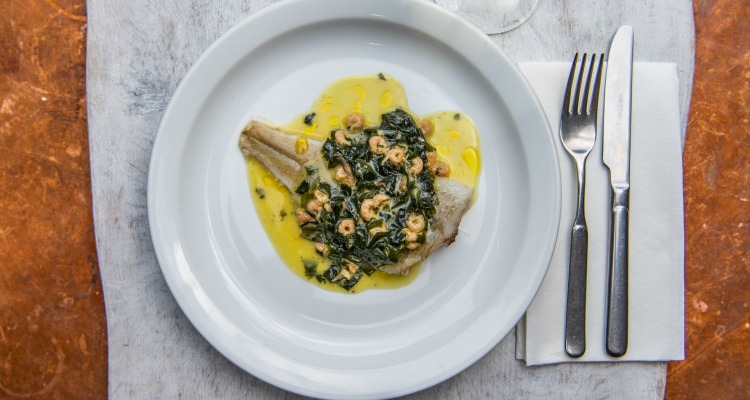 The Grand Duchess is seafood at its finest, caught fresh and sent up by dayboats.

The trio behind London Shell Co have long been advocates of British, seasonal dining, and this extends to their wine list, even going so far as cultivating their own bottle of sparkling with Hattingley Valley - a tartly sweet, gooseberry-fresh glass (£9). The Grand Duchess’ menu is an ode to seafood, with a symphony of small plates stealing the show. Peach Gazpacho (£10) was a silk slip of cold soup, the only thing bearable in the heat, run through with salty chunks of white Devon crab meat and a dash of herbaceous oil to save it from being too sickly.

I learnt several things while working my way through the whole plaice (£20), a whacking dish that swam - head and all - in a drinkable garlic butter, with a hunk of charred lettuce providing texture. The first is that I have no idea how to fillet a fish, and the second, is that you should only attempt opposite someone who is comfortable with you pulling bones from your teeth. Fortunately, my dining partner is of dessert-stealing levels of familiarity, which I took full advantage of come the arrival of the gooseberry and raspberry Eton mess (£6), a great heap of thick cream, with added tang from the berries.

The UK loves a duchess, and while Kate is swell, this Paddington babe is the only lady I have eyes for. London Shell Co might have gone static for their latest opening, but the atmosphere is just as charming. Some of the best seafood in the city and watching boozy boaters putter by every few minutes, The Grand Duchess is already holding court on London's dining scene.