Along with roast dinners, fish & chips, and Cornish pasties, Indian food is a staple on the British dining scene. From Friday night curries after work to mopping up a belter of a hangover, I have found there’s nothing a chicken korma cannot fix in my life - and while the dish was an emblem of the UK’s love of the cuisine for years, in the last decade a new wave of chefs have been showcasing its true potential. One such man is Atul Kochhar, the first person to win a Michelin Star for Indian cuisine; I went along to his 2019 opening, Kanishka, for a new take on an old favourite. 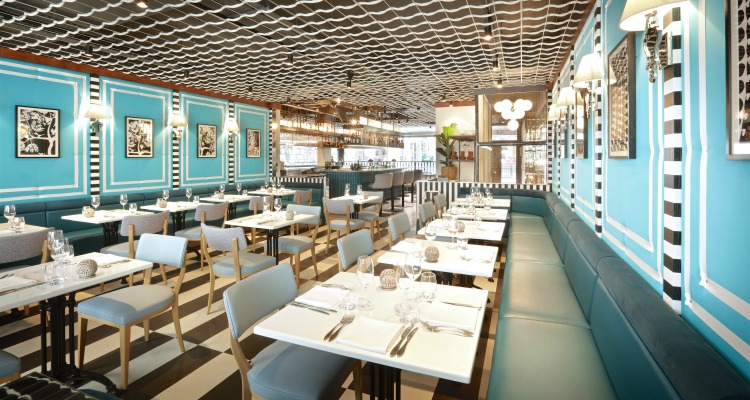 More like a Wes Anderson-inspired sweet shop than a traditional curry house, Kanishka scraps preconceptions as soon as you walk through the door. Aquamarine walls pop against a monochromed tiled floor in the upstairs dining room, while the basement’s ceiling swings with foliage and opulent chandeliers.

We take a perch at the blue bambooed bar, picking from a list of cocktails that draws inspiration from warmer climes, with fragrant twists on classics. A Roast Banana Old Fashioned (£9.50) muddles tandoor-roasted banana bourbon with cinnamon and orange and pecan bitters for a velvety smooth sip, while the Roast Pineapple Rum Punch (£9.50) is true to its namesake, avoiding any sickly sweetness with a whack of Pirates Grog 5yr, orange bitters and a sip of roasted pineapple juice. 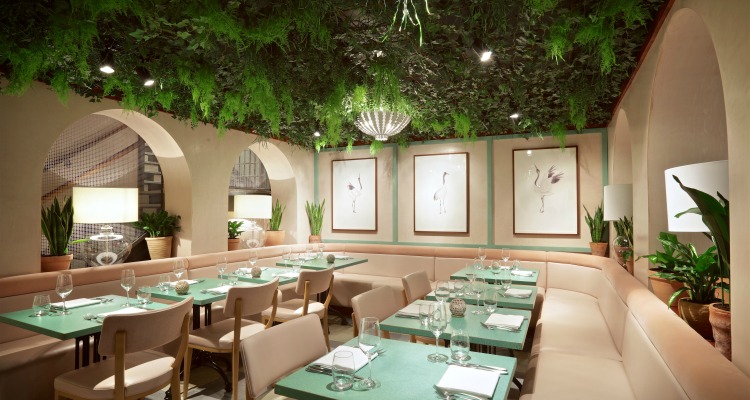 Kochhar has blended Indian flavours with British ingredients throughout his career, and the menu at Kanishka is no different. There’s some familiar faces with dishes such as saag aloo and Dad’s Murkhani Murg, but the rest are completely new takes. Atul’s Chicken Tikka Pie (£16) is the chef’s signature and perhaps the most clear combination of English and Indian flavours meeting with a lid of buttery puff pastry, underneath which a fragrant chicken tikka is sweetened with a smidge of blackberry chutney. For mains, Malai Kori (£28) is a silky, rich coconut dish; grilled monkfish sits atop a slow-roasted aubergine, all swimming in a sweetly spiced sauce.

We end the meal on an outrageously rich note, which is more British than Indian. The Chocolate Sphere (£8.50) is the sort of pudding that will flavour your dreams following consumption; a hard chocolate ball arrives at the table, onto which a warm caramel sauce is poured, causing the sides to melt and reveal a whipped chocolate mousse, ever so slightly lightened with a bite of tangy passion fruit. 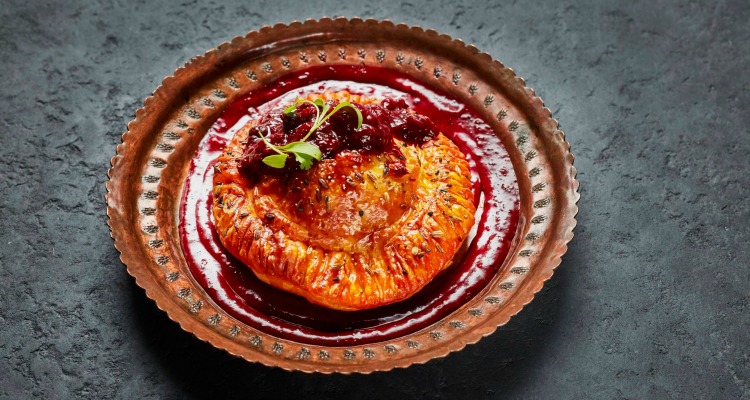 While Kanishka might not be the first place I head to when I need a chicken korma to soothe my hangover, it will be near the top of my list for a birthday or special occasion. Pastel shades, mirrored bars and a monochromed floor create some of London's most unique interiors, while the food is equally as quirky. From buttery pastry with spiced chicken through to monkfish tails in creamy coconut, it's clear to see why Kochhar's food has gained him two Michelin stars.