Little Kolkata Supper Club Grows Up, But Does This Bengali Restaurant Have The Goods?

As much as a Sunday roast, a Friday night Indian takeaway is woven into Britain’s dining fabric. From the BYOBs of Whitechapel through to the smart and slick sharing plates at the likes of Dishoom and Cinnamon Kitchen, London seemingly covers two ends of an Asian dining spectrum. So when Little Kolkata’s opening in Covent Garden was lauded from the off, we decided to head down to see what it’s got that the others haven’t. 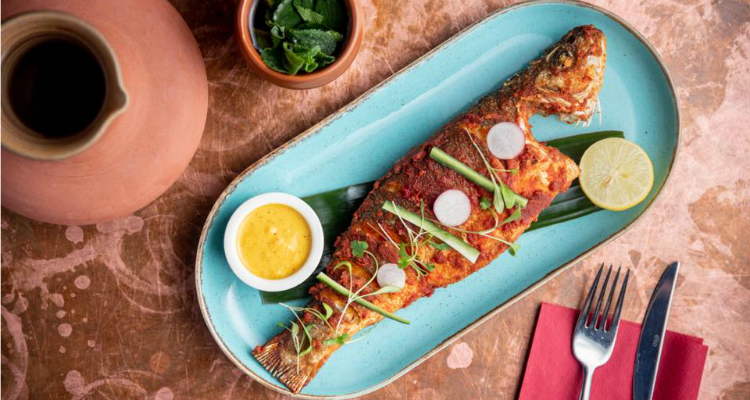 Dishes are inspired by Bengali cuisine and Little Kolkata.

Starting life as a supper club, Little Kolkata is the work of Prabir Kumar Chattopadhyay and Biswajit Deb Das, two Bengalis who - after becoming homesick - started cooking food that reminded them of home. Named after said supperclub, the restaurant is a chirpy spot in central London, the front half filled with poppy yellow cushions and two-tone pastel walls. Due to its popularity, we were sat in the more subdued back half, which also filled up with midweek diners and families.

The Bengali menu is short and sweet, hidden in a leather-bound book and filled with veggie options. A parade of dishes whizz out, starting with an egg shell-like semolina (£3.95), filled with spicy potatoes, which we then poured chilli water into and attempted to scoff in one crunchy, hot bite - dribbling the liquid everywhere. Two thick chunks of aubergine (£7.50) had been baked until the flesh was scoobably soft, and topped with a lick of mustard sauce. The meat dishes are few and far between, but each utterly delicious; a typical Sunday Bengali curry of stewed goat (£12) flakedagainst a thick, rich red sauce, while my dining partner introduced me to porota, a buttery, rich flat bread that didn’t need sauce for me to devour in one go. 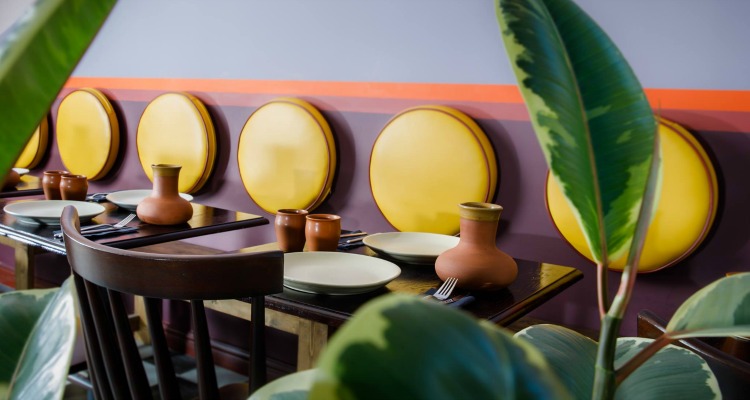 Try and bag a seat in the front half of the restaurant for slick pastel interiors.

From the ripped tread on the staircase to the curtained off back room, Little Kolkata may be a little rough around the edges, but that’s what makes it utterly charming. Staff are incredibly sweet, offering recommendations and smiles every five minutes, but with a menu this good, you won’t go wrong with whatever you order. What’s more, this central London restaurant prices the majority of its dishes under £10, meaning you’re getting a lot of bang for your buck.