Think of a country that's mad about cricket. Obvious answers consist of the three big hitters – the rivalry between England and Australia puts them front and centre on the world stage, and the quasi-religious status of the sport in India makes the Asian subcontinent a no-brainer. But China? At Crowne Plaza Hotel opposite Blackfriars station, Chinese Cricket Club restaurant has been going strong for seven years. This is no mean feat for a restaurant that's hidden in a business hotel, hasn’t needed a rebrand since opening and which celebrates the burgeoning Chinese international team, who played their first match in 2009. It’s a niche theme, but I arrive on a Tuesday evening to find CCC packed with office workers who’ve ditched the tourists in Chinatown to flock to what many call “one of the best Chinese restaurants in London”.

I’ve cycled past this restaurant every day for the past three years, and had no idea it was there. I mention this to the restaurant manager and he kindly explains that because of it being a hotel, they’re unable to put any signage outside. But despite this, word of Chinese Cricket Club has gotten out, and a scan through their TripAdvisor reviews proves it has a loyal following. Soon every table is taken – including a large group in the private dining area (its proximity to the City make it popular for corporate teams).

The interiors are muted and relaxed in a mocha and olive green colour scheme, with the odd cricket ball and white leather glove scattered around the place, gently channelling the warm colours of cricket pitches and wooden wickets – and not a gaudy red Chinese lantern in sight. The only flashes of bright colour comes from the occasional lime green wall, decorated with framed pictures of proud-looking players from China's first international team. 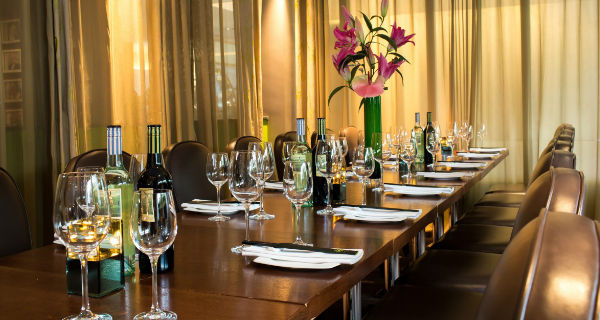 I always get over-excited at Chinese restaurants when it comes to order and it can often take a while; the mouth-watering descriptions making me want to pick everything on the menu. To make things simple, we opt for the Classic set menu (minimum of two people, £35 each), eager to try the crispy duck. The steamed prawn dumplings were first to arrive in dainty translucent parcels packed with juicy prawns.

The star of the show was the DIY crispy aromatic duck, without which no traditional Chinese meal is complete, and we had our fill of the tender succulent meat and rich plum sauce wrapped in paper-thin pancakes. The final course followed – special fried rice mixed with flavoursome chunks of pork and prawn and light and crunchy stir-fried pak choi. The cheng-du chicken had a high batter-to-chicken ratio, but the spicy sauce was punchy and not too hot (unlike during my visit to the city of Chengdu two years ago – my mouth was on fire throughout every meal). 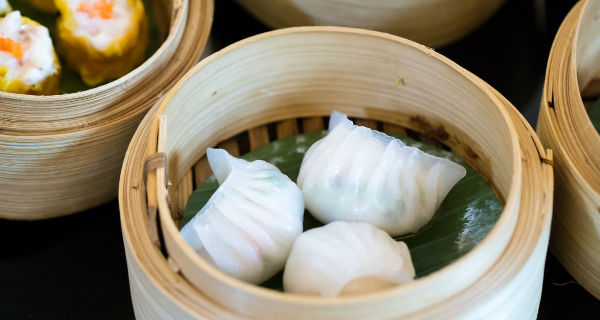 Chinese Cricket Club has garnered a top-notch reputation in London with an affordable and exciting set menu.

Overall the classic set menu was a great introduction to the restaurant but I’d like to head back and try out some of their signature dishes like pan fried slices of lamb with chili and cumin seed (£19) and steamed sea bass with soy sauce (£18). My advice? Be brave and go off-piste straight away, there’s a reason why Chinese Cricket Club – so far from Chinatown – has a reputation for bowling people over.