Brixton is seemingly the latest stop for London's trend train, and while local aggravation over venue closures are just and fair, that hasn't stopped its property being snapped up by those looking to capitalise on this new millennial territory. And while I agree that some additions to the area are ludicrous, there's one change I've had trouble arguing with, and that's Canova Hall opening on the very same road I live on.

If anyone has gushed over the Martello Hall aesthetic as much as I have, you'll be happy to hear that this sister site in Brixton follows those gritty bones to a T. Brushed metal and raw materials make up the general tone of the space (which is absolutely massive, just to note), while high wooden benches, repurposed furniture, an island bar and smatterings of rust give the restaurant a corroded, back-road charm, all courtesy of the design/architect team that is Red Deer. The space Canova Hall can be found in used to be one of retail and offices, but that would be playing it down just slightly. From it's floor to ceiling windows with thick black edging to the unusual shape and stripped ceiling, they've stayed away from the bore of the boxy when it comes to restaurant layouts. 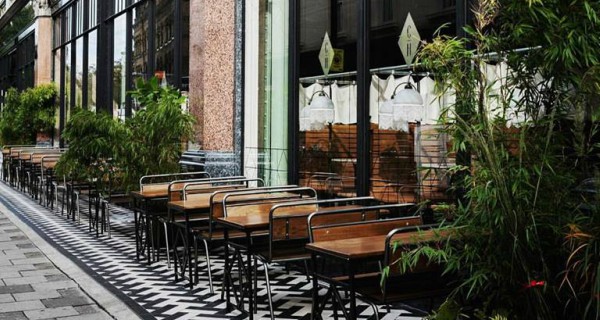 Rich, geometric tiling creates a base for the patio tables.

While we turned up to Canova Hall on their first Friday of business after opening, thus should have expected this to be the case, I was surprised to find the place packed, with a queue on the door. Understandable, seeing as Brixton doesn't have all that bulky a selection of Italian restaurants.

Popped down on a table for two with a view of both the open-fronted kitchen and island bar, first up were cocktails. I'm a loud girl that loves a tart drink, so it was only right that two Kiwi Caipirinha's with Abelha Silver Organic Cachaça, muddled kiwi, limes and fresh ginger at £10 made their way to our table. Well, eventually. Owing to the success of the first week, this Friday was a killer for the Canova team, our drinks made their way to us after an hour of waiting (I know, we impressively clung on). If it wasn't for the lip-smacking punch of the Cachaça and the diamond of a waitress, we might not have stuck around.

Teething issues aside, we knew to order big and order quick when it came to our next drinks and impending dinner. While we ordered two house whites to keep the liquid pace both pure and simple, we bulked up on the food, ordering between us the House Tagliatelle at £11 with tracciatella, pink peppercorns, parmesan and gremolata, the pecorino & mint crocchettas with hot mustard for £5, the zucchini fries and aioli at another £5, and pizza in the shape of their Rock Star Margherita, also topped with stracciatella alongside mozzarella, roast tomatoes, rocket and salsa verde at £11.
I'll say it, and I don't care what breach of hospitality rules it commits: who cares if your drink takes an hour when the food is this good. Canova Hall's drinks service may have been nail bitingly slow on the night, but the food is a dream come true. While the pecorino was perfectly illuminated by the hot mustard in the crocchettas, and the zucchini fries came as a delicate and reasonable starter that doesn't bulk before the big show, it was the more than affordable mains that pay true testament to what Canova Hall are doing. From the perfectly al dente tagliatelle with its rich gremolata to the paper thin crust of the pizza that wasn't saturated, more perfectly garnished with the salsa verde, the flavours are welcomed and honest. 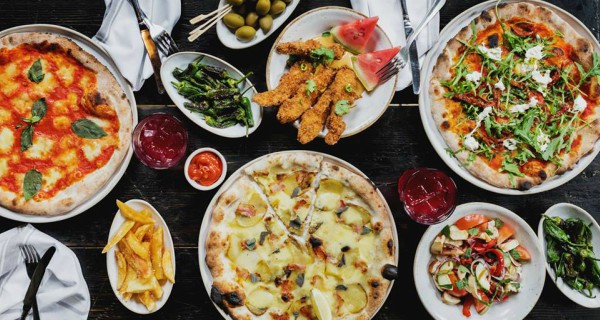 Pizza may come as the core offering, but Canova Hall's menu is rich across the board.

Teething problems at Canova Hall feel like dust in the wind when you compare them to the outrageous quality of the food and drink. And while i'm sure it will take a few more weeks for the Brixton newbie to deliver a seamless service (mostly owed to its surprising success), there's no denying that their hot pocket of Italian flavour and style is one that South London dare ignore.