LDN Revealed: The Surprising Stories Behind Your Local Park

Known as 'the lungs of London', this city's green spaces have long been places of rest and recreation for the general public, however very few of them started out that way. In this week's look into London's past, we'll be digging up some hidden history on our favourite spots, from the West London manor beloved by the world's wealthiest, to the former marshland that became a hotbed for 19th Century duellers. Get ready to see your neighbourhood haunt in a whole new light as we round up a few quirky tales from London's local parks.

Before it became a playpen for South London's poshest pooches, Battersea Park was a stretch of marshland popularly used for duels. Yes, duels. The most famous of these occurred in 1929 between the Earl of Winchilsea and Arthur Wellesly, Duke of Wellington and Prime Minister of Britain at the time. Winchilsea had taken offence to Wellington's idea that Catholics were deserving of full rights - including becoming MPs - so the two decided to have it out. No one was hurt in this instance as Wellington's shot missed (he said on purpose, but reports of his poor aim were widespread), while Winchislea shot his gun into the air, and, shortly after, issued a written apology to the PM. 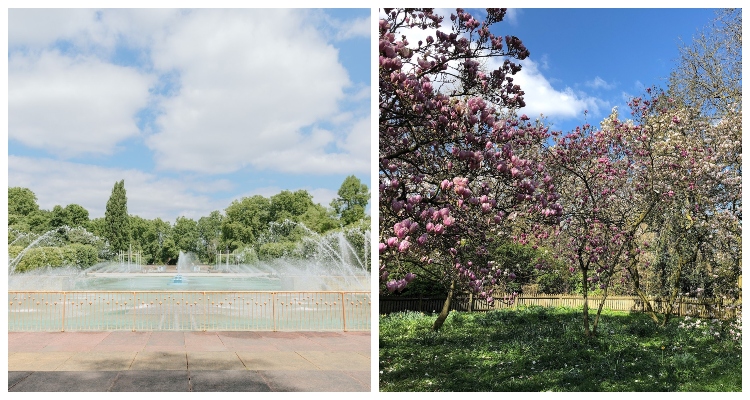 The beautiful Battersea Park was once a famed duelling spot.

One of Stoke Newington's most beloved green spaces, Clissold House and its surrounding parkland was built in 1793 by Jonathan Hoare, a City of London merchant, Quaker and eminant philanthropist. The Hoare family were know for being passionate campaigners for prison reform and the abolition of slavery - with Jonathan's brother Samuel becoming one of the founding members of the Society for Effecting the Abolition of the Slave Trade. However, Hoare fell on hard times and lost the house, which passed through many hands over the years, eventually becoming home to one Augustus Clissold, before the Metropolitan Board of Works bought it and opened it as a public park in 1889. 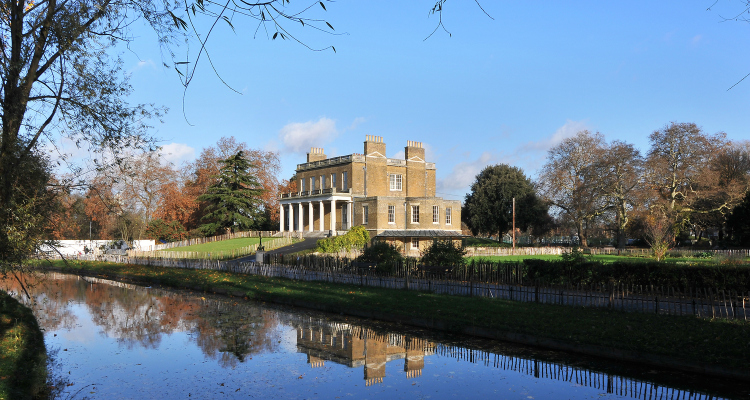 Clissold Park in Stoke Newington was built by a family of anti-slavery campaigners.

Named for the first female Mayor of Camberwell, Jessie Burgess, this South London park is unique among many of its counterparts for the way in which it was developed. Rather than taking over an empty lot, all 140 acres of Burgess Park were carved into a highly built-up but badly bombed area - this meant that houses, factories and even a canal were landscaped over. The park was first proposed in 1943, as part of a London-wide plan to redevelop areas that had been damaged by The Blitz, and the construction of it is ongoing. You can still see reminders of its more industrial past in remnants of streets, old almshouses and a 19th Century lime kiln. 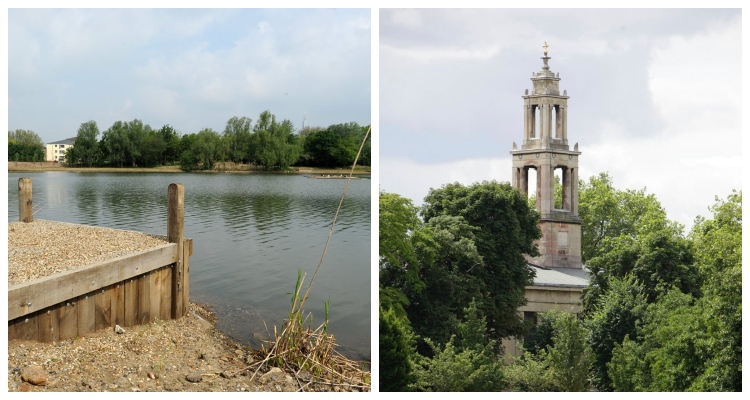 This Camberwell park was landscaped over a bomb-damaged area of inner-city London.

Opened in 1926 by then-Health Minister, Neville Chamberlain, West London's Gunnersbury Park had already lived a thousand lives before it became a haven for the public. Originally a small Saxon manor, the area takes its name from Gunylda, the neice of 11th century monarch King Canute, who was banished from England in 1044. Gunnersbury House itself - now a museum - was built in 1663 by lawyer and Cromwellian politician Sir John Maynard. After his death, the park changed hands many times, becoming home to British Princesses and the 19th Century's richest family, the Rothschilds. 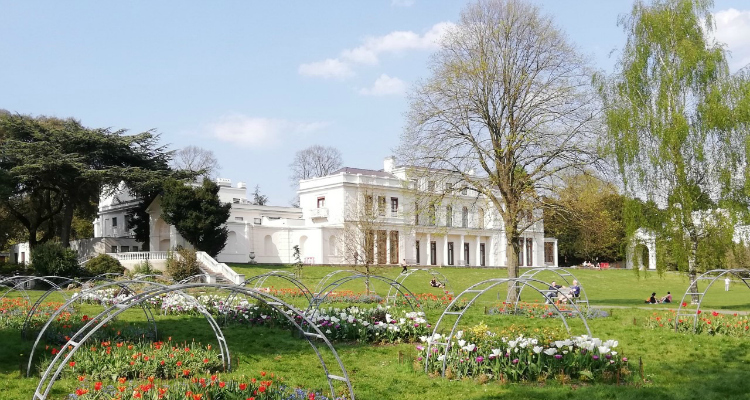 This West London manor house has been home to the world's most powerful families since it was built.

While these days Vicky Park receives some 9 million visitors a year, during the Second World War it all but closed to the public. Used primarily as an anti-aircraft site and makeshift POW camp, the park was of particular strategic importance due to its proximity to the docks and warehouses being targeted by the German Luftwaffe. Moreover, it was vital to the domestic war effort, with much of the soil used for allotments, and the railings melted down for further materials. However, it came at a price, and many of the park's original features, including a palm house and St Augustine's Church, were damaged beyond repair. 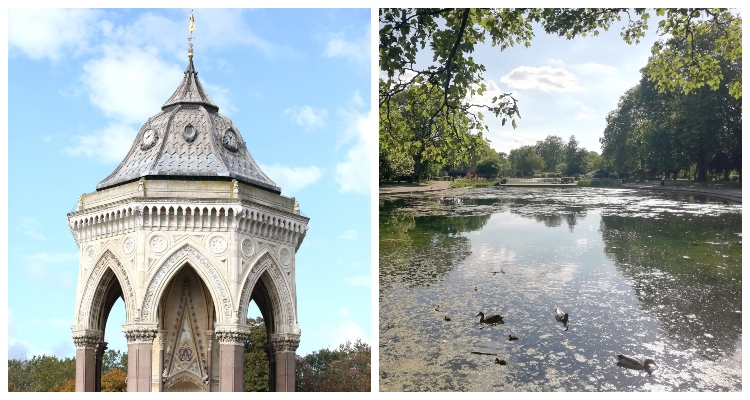 Victoria Park was vital to local safety and well-being during World War Two.

Believed to have been opened around the time of the Restoration in 1660, Vauxhall Pleasure Gardens, formerly known as New Spring Gardens, were built on the property of a widow by the name of Jane Fauxe - or Vaux. While there is some ambiguity about how and from who Jane inherited the land, one account alleges that she was in fact the wife of none other than Guy Fawkes, who was executed in 1606. Whatever the truth behind its original owner, the gardens went on to become one of the city's leading entertainment venues, hosting everything from circuses and hot air balloon ascents, to fireworks and enormous classical concerts. 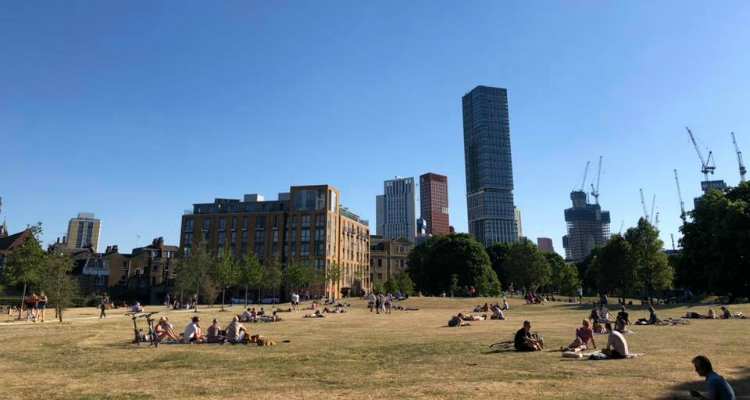 Some historians have alleged that Vauxhall Pleasure Gardens once belonged to the wife of Guy Fawkes.

A menagerie of unique features, Crystal Palace Park is one of South London's most iconic green spaces. Identifiable by its stately terraces and stone sphinxes, the park acquired many of its curiosities when local MP, gardener and architect, Joseph Paxton, purchased The Crystal Palace - the venue of the 1851 Great Exhibition - from its original plot in Hyde Park. The area, formerly known as Penge Place, was landscaped and rebuilt around the glass structure, as Paxton commissioned fountains, English gardens, giant hedge mazes and 33 life-sized statues of then newly discovered dinosaurs, all of which can still be viewed in the park today. 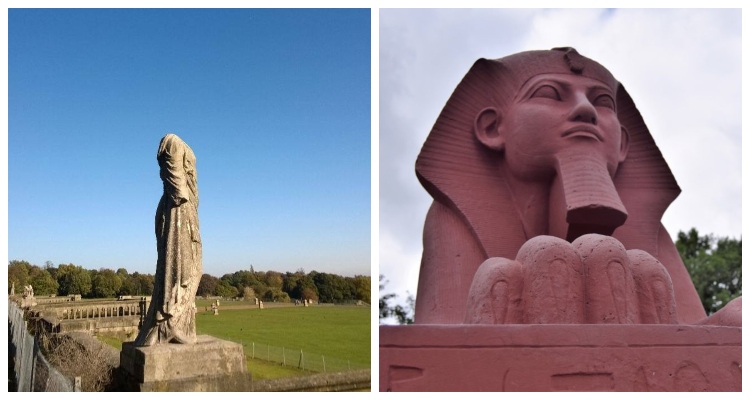 A treasure trove of Victorian curiosities can still be uncovered at Crystal Palace Park.

Proving that all great things need a worthy nemesis, Alexandra Palace and the surrounding park was conceived as the rival to Crystal Palace. Built from the remnants of the International Exhibition of 1862, Ally Pally became North London's top events, education and recreation ground, and has remained that way to this day, however it lost a few noteworthy features along the way. Until 1954 the venue housed three stations, enabling more and more visitors to come and visit the park and its most enticing recreational activity - "The Frying Pan", an idiosyncratic racecourse which hosted some of the city's largest horse races in its impressive Victorian grandstand right up until it closed in 1970. 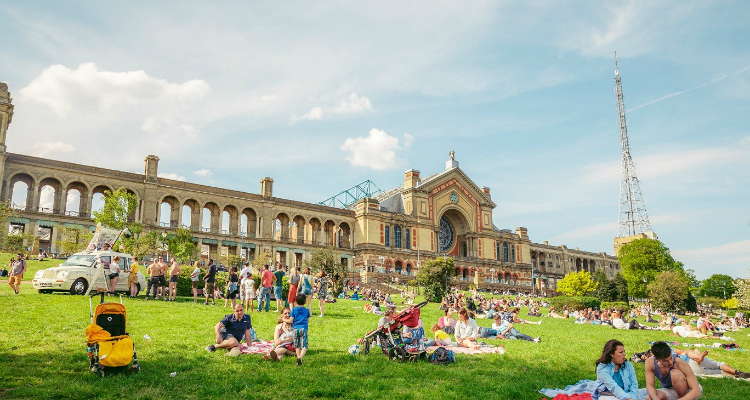 One of North London's prettiest parks was once a major horse racing track.

Looking for more unique facts about London's greener spots? Check out the ancient woodland walks on your doorstep.