It's An Endless Mediterranean Summer At This West London Restaurant

For most, 20th September will feel like an innocuous date, just another Sunday in a long line of abnormal weeks. But the number is etched in mind as the final hurrah of this year - the warm, summer-y memory I’ll be pulling out when the 4pm nights start rolling round and I’ve eaten my bodyweight in pre-Crimbo mince pies. And which exact recollection will see me through? That of rollicking about on the leafy streets of Belgravia, sipping fizzy white and the Mediterranean brightness of West London favourite LIV. 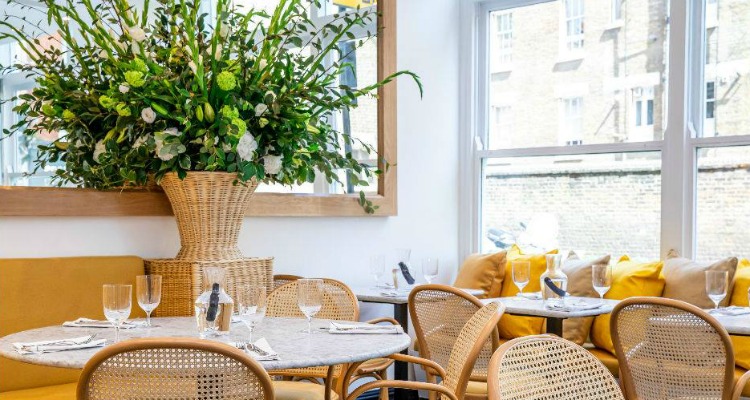 Recently reopened and with Mark Jarvis (Anglo and St Leonards) taking on the role of chef director, LIV encapsulates the breezy, easy West London stereotype; guests are beautiful and unflustered by the bothers of the tube and supercars purr past the windows every couple of minutes. Inside, the restaurant is as bright as the autumnal sunshine; lemon and sherbert yellow cushions pop against white walls and marble table tops, while wicker baskets burst with lilies and foliage in the corners. Even on the darkest days, I imagine this place feels like a little slice of the Amalfi Coast.

On Sundays, the long list of modern British dishes has been cut down to a neat choice of roast and light starters - and speaking to the chef, one can understand their hesitance to add more; the week prior, they suffered 17 no-shows and had to throw away 5kg of meat. If the curtain twitching and twitter spats weren’t knocking your faith in humanity, it’s this treatment of the hospitality industry that will surely do it. Nonetheless, staff are upbeat and professional to a T - our waiter recommends a British sparkling wine, Hindleap Blanc de Blanc (£11), to start, which is sharp and fresh, a light citrus flavour lingering after we’ve gulped it down. 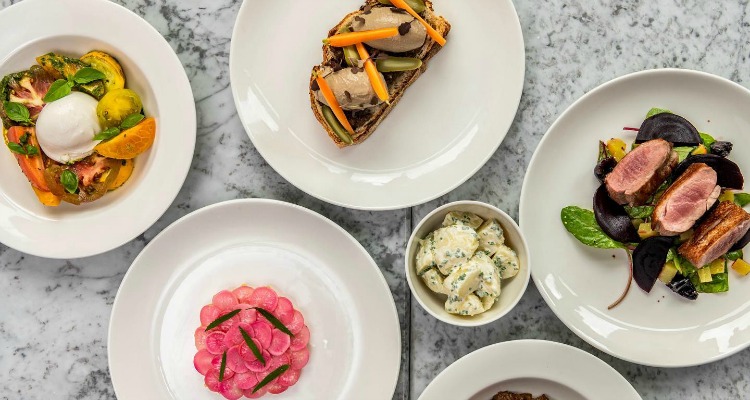 Food is packed with flavour but light enough to leave you wanting more.

It’s a neat bowl of al dente, thick, homemade pasta ribbons to start, covered in an ever so slightly biting tomato arrabbiata sauce (£8) - without a trace of carb density that usually accompanies the dish. For their Sunday offering, there’s a choice of three roasts and a fish dish; I go for the latter, a thin fillet of cod (£21.50) that’s been grilled until the skin is crisp, the flesh still moist, which sits on a bed of curried lentils, again light enough to consume in its entirety with the delicate flavours leaving the real impression. Dessert is of the richer variety - an ice-cream-like thick wedge of apple parfait (£9.50), with a tangy sorbet to cut through the dairy, making sure we leave satisfied but not stuffed.

While we plunge back into a winter of restrictions and a tough new reality, it’s going to be hard to stay cheery. But lend a thought for the hospitality industry - LIV is bringing year-round sunshine (no flights - who cares?!), puts a fresh take on British dining, and will keep us all chirpy in these trying times - it deserves your attention, and most of all, it doesn’t deserve the bad treatment of no-shows.

For more restaurants in West London, take a look at our recommendations here.