Where To See The Best Sunsets in London

Sometimes life in London can be so chaotic that our only glimpse of the fabled sunset is on our weary commute home – but let’s put an end to that, shall we? We've searched high (and well, even higher) for the prettiest spots to catch some evening rays. From skyscrapers to hilltop parklands, here are the best places to watch sunsets in London.

The View From The Shard

For unbeatable 360° scenes of the city’s spectacular skyline, check out The View from The Shard. Fancy a drink? Then grab a cocktail from one of the lofty bars and marvel at the panoramic sights. Being 800ft off the ground, this is undeniably one of the best platforms to take in the sweeping vistas as the sun descends. It even hosts rooftop day parties in the summer, so if you fancy dancing to DJs, book a ticket and you’ll also get general entry to see London in all its glory from above. 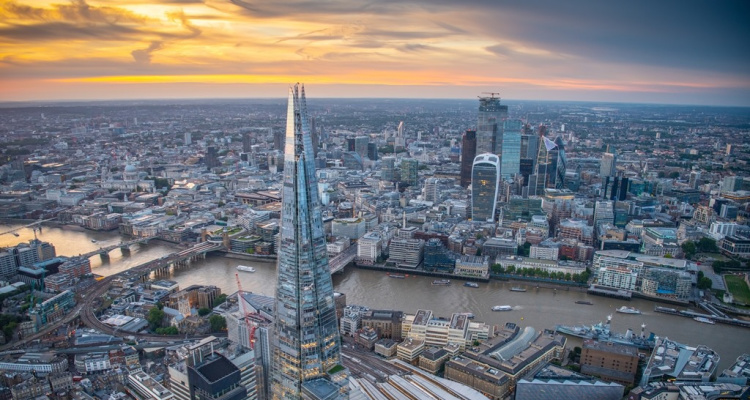 Feel on top of the world at one of the capital's tallest skyscrapers.

After a cultural day admiring the artistry that adorns the Tate Modern’s walls, finish with something spectacular. Ascend to the 10th floor of the Blavatnik Building and relish in a sight as stunning as the artwork the gallery is so famous for, with birds-eye views as far as Canary Wharf. The viewing platform is home to a bar, so you can even enjoy the Instagram-worthy vistas with a tipple in tow. 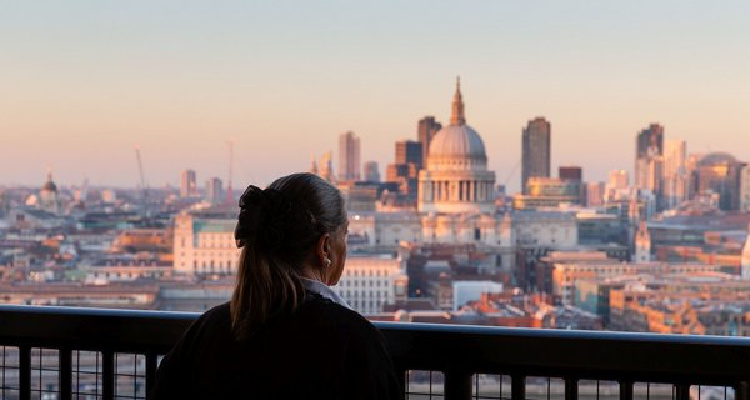 One of the best places to photograph the sunset in London.

When you’re next in North London, head for the hills and you’ll be privy to one of the capital’s classic locations for a warm, summer evening under the suns afterglow. Once you've braved the short but steep climb to the viewpoint, reward your efforts with a bottle of bubbly or a couple of tinnies, while admiring the glorious cityscape as the sky above sets ablaze. But no worries if you forgot to pack the booze as there are plenty of pubs nearby for afters. Our choice? The Queen’s has tasty cocktails and delicious bites to keep you going into the night. 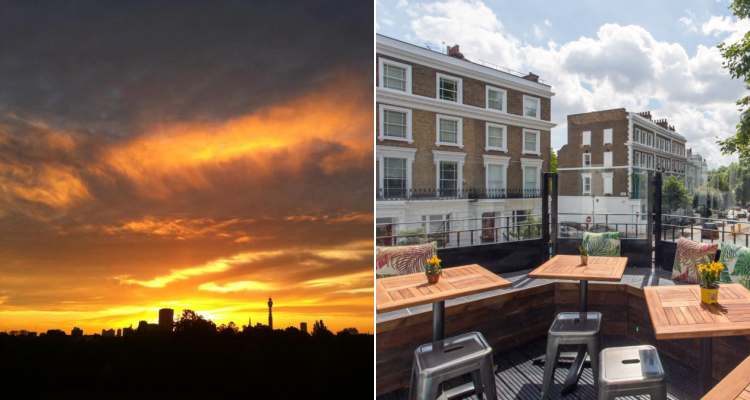 Sip on a bev or two at The Queen's later in the evening.

Alexandra Palace is more than just an events space - it’s also one of the highest points in London. As you can imagine, that makes for a truly incredible spot to catch the dying embers of the sun on a summers night. Take the steps down from the iconic building to lie in the luscious grass and admire the colourful skyscape, or head to the massive beer garden for drinks with a view. Once dusk begins to settle, make your way to The Starting Gate for craft beers, delicious wines and some classic pub grub. 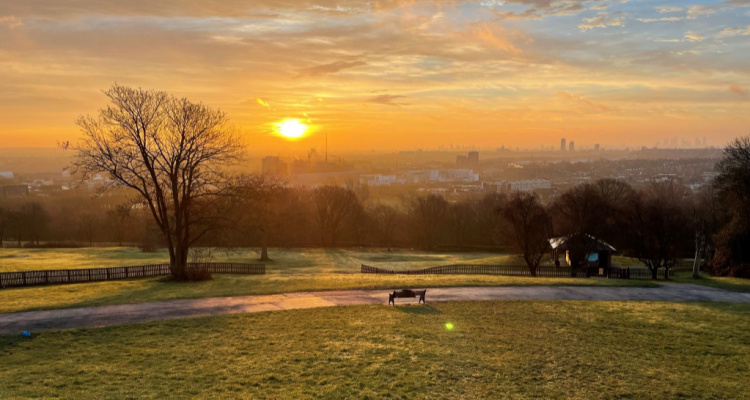 An Instagram-worthy spot if we ever saw one.

There’s no denying that the sights of London from Tower Bridge are terrifically humbling – the close up view of the city’s most remarkable landmarks descending into darkness is enough to make anyone’s knees tremble. But did you know that there are also plenty of other great spots within walking distance? Close by, you’ll find a picturesque setting to enjoy a bite to eat while you bask in the glow of the heavens transforming above you; Gaucho. Journey over to the riverside restaurant, famous for its Argentinian steak, for a glamorous evening of wining and dining. 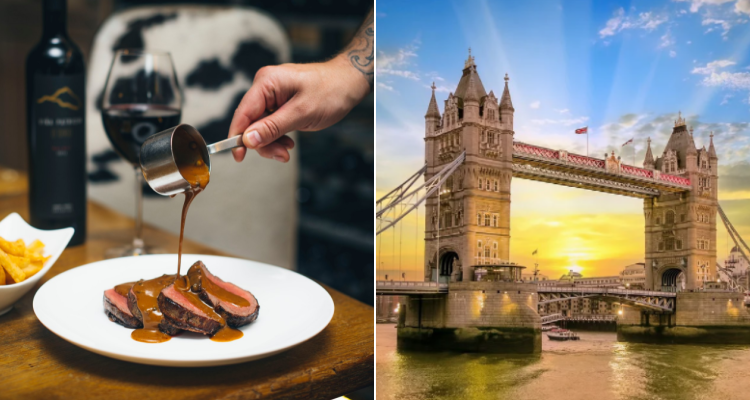 Meat, wine and beautiful horizons... What more could you want?

At the top of the Walkie Talkie building you’ll meet the aptly named Sky Garden. Incredibly, entry is free of charge, but if you fancy being bougie then you can hang around for a delightful drink at one of the bars. Feel on top of the world with a cocktail in hand as you watch the sun melt behind the city’s landmarks. We recommend booking in advance as this one’s pretty popular. 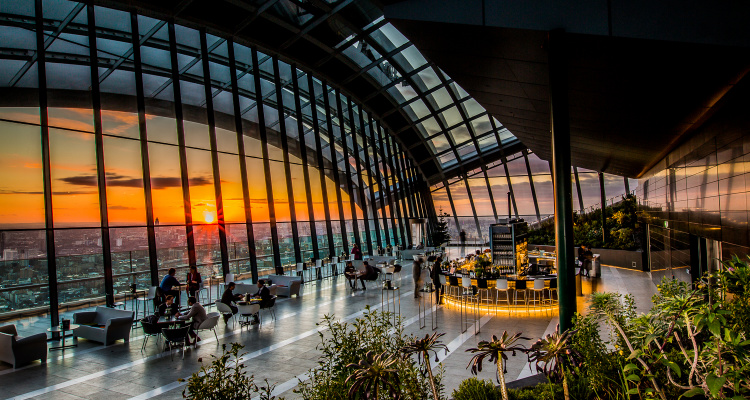 Right, this is is one for the bucket list...

Visit the renowned ship that once travelled the globe for an unrivalled viewpoint of the humble sunset. If you’d rather relax with a pint, then make for The Cutty Sark. With three floors, there’s plenty of seating to watch the daylight settle over the River Thames in peace. However, you can also sit outside to revel in it all while watching the boats and swans glide past. 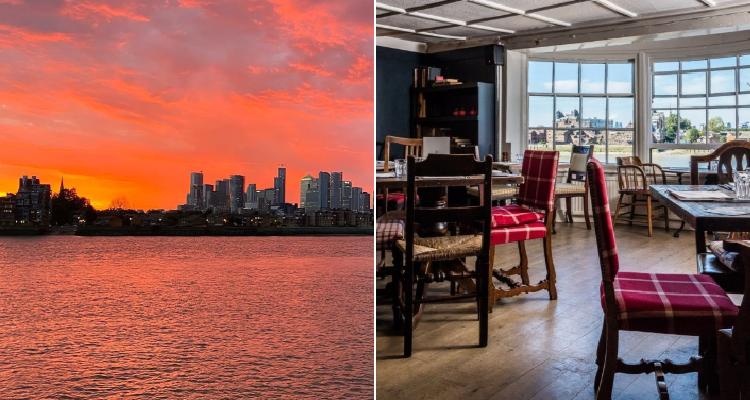 Head to the historic pub for a gorgeous evening.

The Grade II-listed building, owned by Richard Branson until just a few years ago, is an idyllic spot to watch the sun go down. While currently closed, a brand new members club is set to open its doors at Kensington Roof Gardens soon. In the past, the West London oasis was a manicured garden filled with beautiful foliage, stunning water features and even pink flamingos – so we’re hopeful the venue will retain some of its former glory once it relaunches. 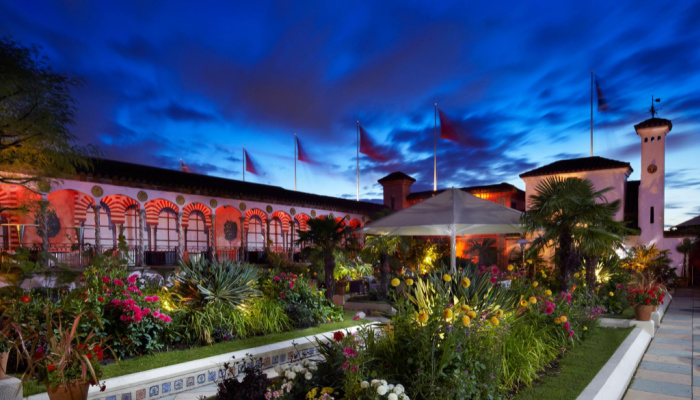 Pay a visit for dreamy views of the skyline.

You’ll feel like you’ve escaped London for a brief moment while gazing into the delightful visions from Richmond Hill. Take in the panoramic views of the hazy orange sky met by the verdant grove below as the Thames shimmers on. Beware though, there is one hell of a hill to walk up before you get there, but it's well worth the trip - the landscape is so beautiful in fact, that it's the only British landscape protected by an act of parliament. If you're in need of refreshment after your venture, pop over to The Lass O' Richmond Hill for a delicious alfresco dinner. 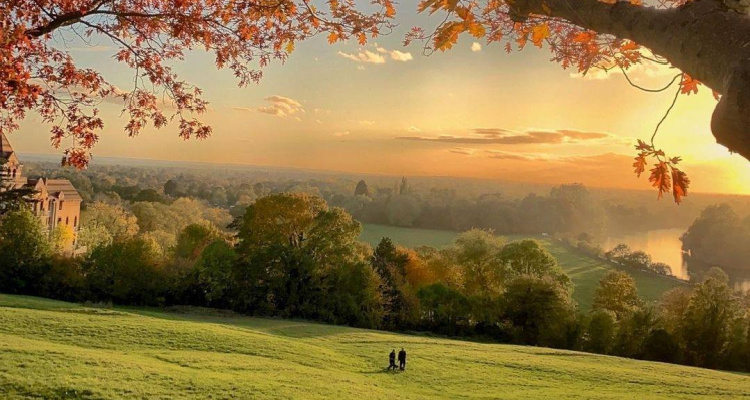 Finish the day with a delicious meal out.

On the look out for more ways to spend your days? Then check out the stunning country escapes you can easily reach by tube here.