Over in Japan, dessert is more than just a sweet treat to indulge in after dinner. Oh no, their little bites of heaven are encased in hundreds of years of heritage, and are often beautiful works of art. Due to the fabulous fact that our lovely city is a melting pot of cultures, we’re lucky enough to be able to try these nibbles right here. From authentic wagashi and traditional mochi through to pretty pastries and modern takes on classic flavours, here are the 10 best Japanese desserts in London.

The guys over at Minamoto Kitchoan are masters of wagashi, a type of traditional sweet. After having set up shop between Piccadilly Circus and Green Park, the confectioners have been showcasing their heritage with signature and seasonal creations. Stuff yourself silly with kasutera (From £20), a fluffy sponge cake; tsukuyomi (From £3.20), a chestnut dorayaki pancake; and hana outo (From £3.40), which is a whole cherry encased in jelly. 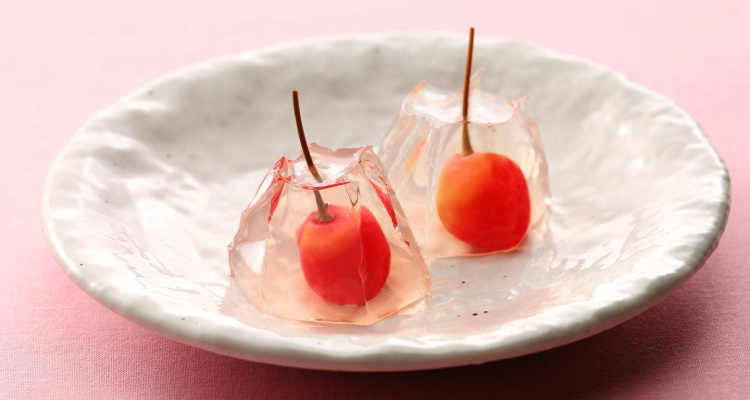 Minamoto Kitchoan is one of the most iconic Japanese sweet shops in the capital.

Two words – dessert platter (£27.50). Over at Chotto Matte in Soho, you can indulge in a delicious array of sweet tooth-appeasing bites, which also happens to include one of the best mochi in London. These are cute little buns made of rice, sugar and other tasty things, and are our favourite of the lot. Chotto Matte's comes in mango, coconut and green tea flavours, and are paired with an oh-so-delicious plum sake. 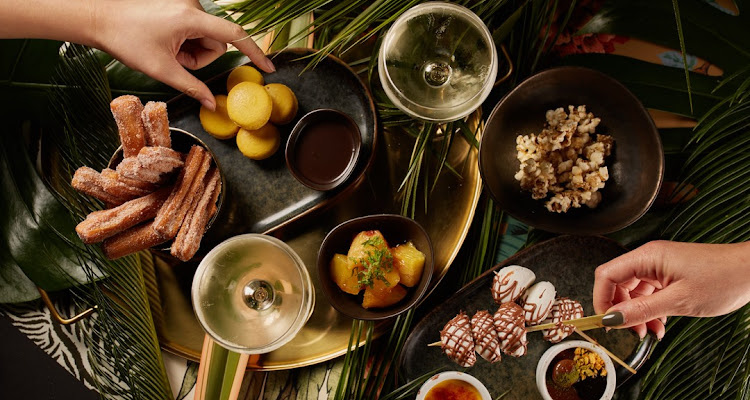 The platter is designed for two or three, but we won't judge you if you get one to yourself...

While perhaps more known for their succulent Kobe beef cuts and luxurious sashimi slices, Hot Stone near Angel also rustles up one of the best Japanese cheesecakes in London. The homemade green tea matcha (£8) dessert is everything you could want in a pud – velvety yet light and fluffy, with a beautifully balanced flavour of both matcha and cream cheese. 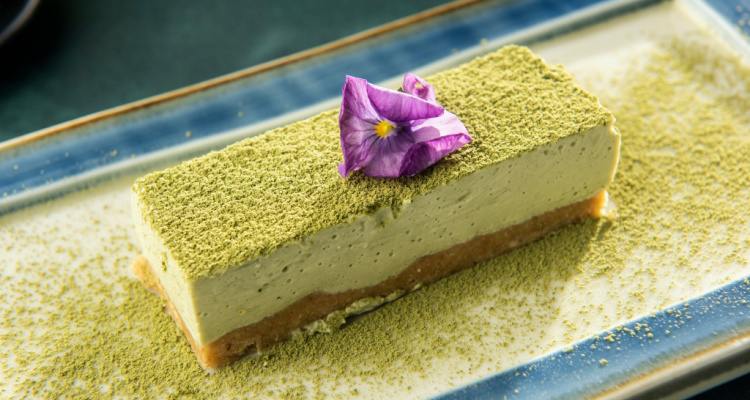 Kibou is Battersea’s answer to the tastes and styles of Tokyo, showcasing a delectable menu of Asian soul food. And when you’ve had your fill? Awesome desserts galore. Our top choice is the Japanese garden (£6.50), a masterpiece of chocolate ganache, complemented with sesame mousse and sprinkled with chocolate soil. 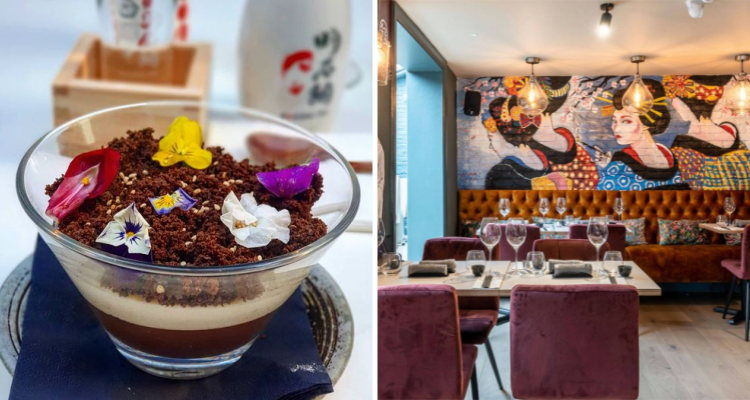 The dessert is almost as stunning as the restaurant itself.

Say hello to your new favourite find for afters, Kova Patisserie. Hailed as possibly the best Japanese bakery for delivery in London, they serve up some of the finest sweet delights around, with our go-to dessert being the matcha mille crêpes (£6.20 per slice). These beautiful bites feature multiple layers of French pancake, ceremonial-grade pastry cream nestled between them, and a dainty sprinkle of powder on top. 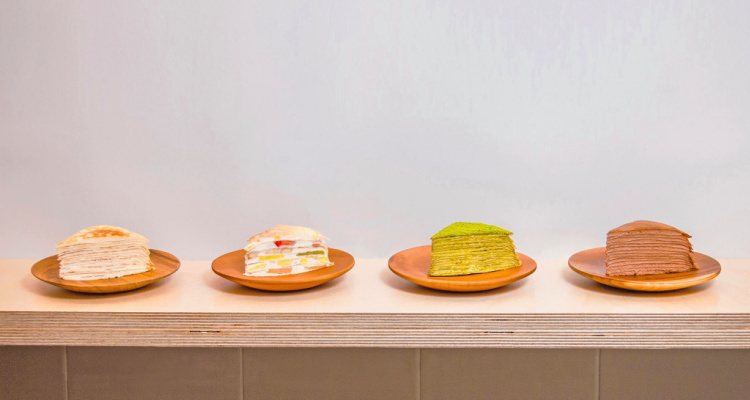 Sink your teeth into other flavours such as Oreo, Earl Grey and vanilla.

The chefs over at Inamo Soho combine the flavours of Japan, China, Thailand and Korea, slinging out stunning plates of sushi, curries and Sichuan extravaganzas. They also happen to do tasty Japanese desserts, like their banoffi tempura (£8.45). This is a deep fried banana that’s been drizzled in toffee sauce and dished up next to inviting caramel ice cream. You'll be licking your plate clean after this one... 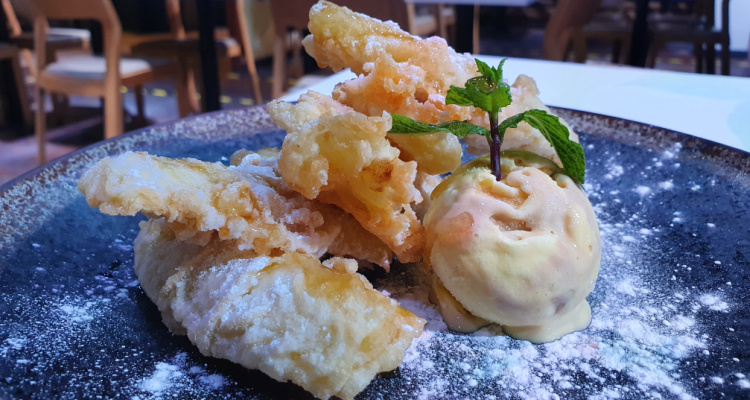 At Inamo, you order via your interactive placemat. Pretty cool, right?

Aqua Kyoto is a swanky eatery just off Regent Street which is appeasing hungry tums with innovative Asian grub. As for dessert, we always go for the black sesame fondant and green tea ice cream (£10.50). If you fancy a tipple to go with your treat, we'd go for The Noble Mud Pie, a sweet wine that has subtle notes of apricots and gingerbread. 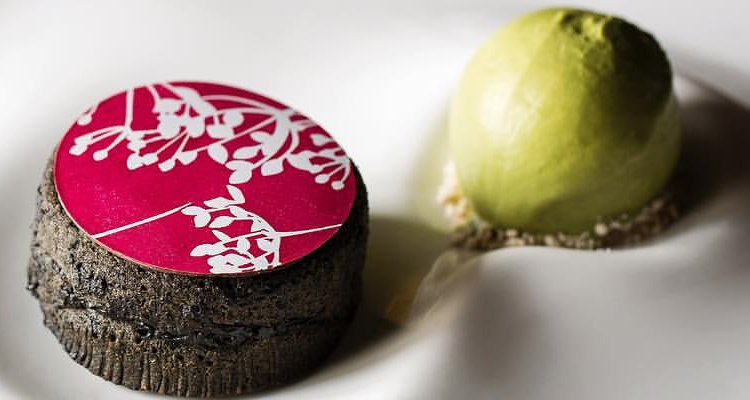 From the brains behind famed ramen joint Bone Daddies and bao haven Flesh & Buns, Shack-Fuyu is a seriously cool Izakaya-style restaurant in the heart of Soho. It's also home to what Grace Dent has proclaimed as a 'legend'; the kinako French toast and matcha ice cream (£7.50). In other words, toast which is fluffy on the inside, caramelised on the outside, with a kinako crumb, a touch of maple syrup and, of course, a helping of creamy soft serve. 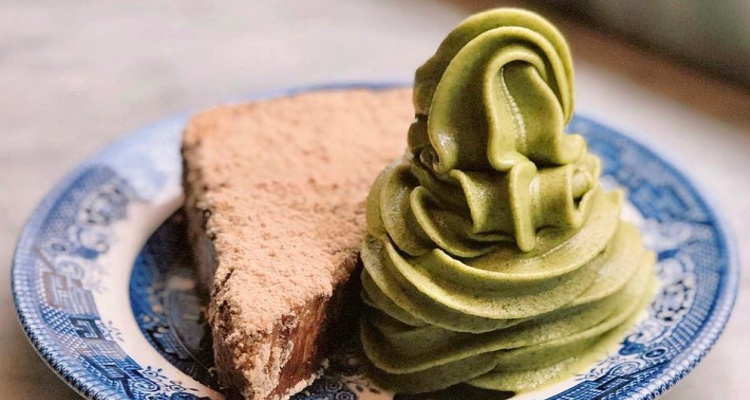 The kinako French toast is just waiting for an Instagram snap.

A cute little Japanese patisserie in London, WA Cafe has branches in both Ealing Broadway and Covent Garden. Feast your eyes on beautiful rows of pretty pastries, as well as freshly baked buns and tasty cakes. You can expect matcha sponges, custard-filled buns, beautifully presented panna cotta, fruit sandwiches and many, many more types of mouthwatering confectionary. 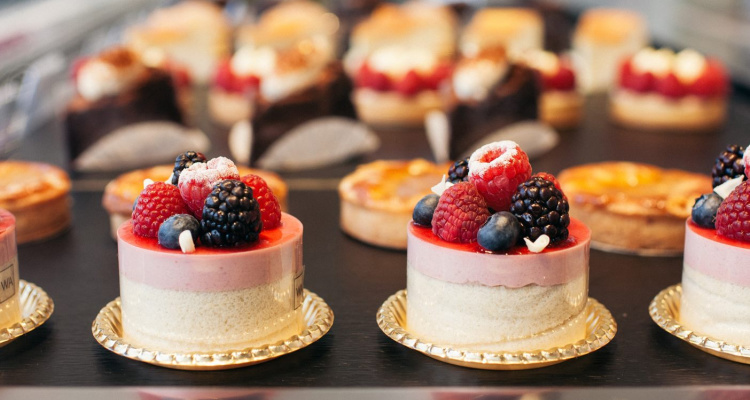 The cakes over at WA Cafe are almost too pretty to eat... almost.

Tonkotsu in Peckham is a fantastic spot to slurp down a warming bowl of noods, but have you tried their puds? Not just a treat for the eyes, the umeboshi milk float sando (£5) is honestly one of the best Japanese desserts in London. It's made with fresh ice cream and umeboshi plum jelly, squished between lip-smacking brown sugar shortbread pieces and – here’s the je ne sais quoi – dipped in sprinkles. 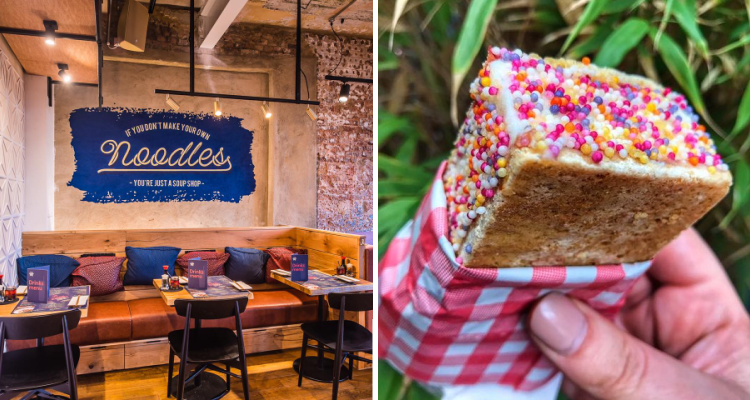 Try out Tonkotsu's twist on the classic ice cream sandwich.

On the hunt for more creative eats? Then check out our guide to quirky brunches in London here.