I seem to be subconsciously attempting the mammoth task of making my way through every bar in London. It’s a challenge that I’m willing to accept. So far on my quest, the most memorable concoctions that spring to mind have a degree of storytelling behind the mix, and I don’t mean the questionable accounts that have developed from my consumption of gin over the years. We were lucky enough to taste the adventures of Oriole, a chic cocktail bar tucked away below Smithfield Market, which quite literally had a story behind each sip. Plus, if it was anything like its sister site, Nightjar in Shoreditch and Carnaby, it's safe to say this boozer would be just as fab. So what was the verdict? 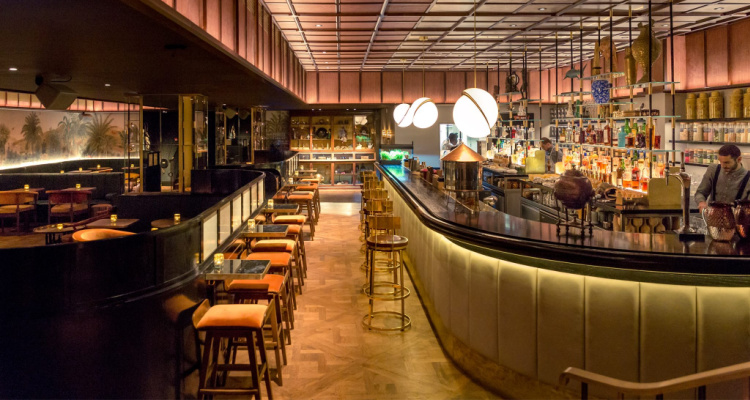 Once led downstairs to our table, situated beside a jazz band in an intimate but lively atmosphere, we immediately noticed the ornaments and artifacts from different periods of time. This added to the narrative that was presented in our menu named the ‘album of mixed drinks.’ For those not equipped with nature knowledge like myself, we discovered that an oriole is a type of bird that, in this context, makes its way through the Old World, the New World and the Orient.

These three areas form the different sections of the menu, all of which contain liquors that have originated in their appropriate setting (think Old World - old fashioned rum). We of course had to release our inner Nelly Furtado and fly away to all three worlds by ordering one of each. It would’ve been rude not to, right? 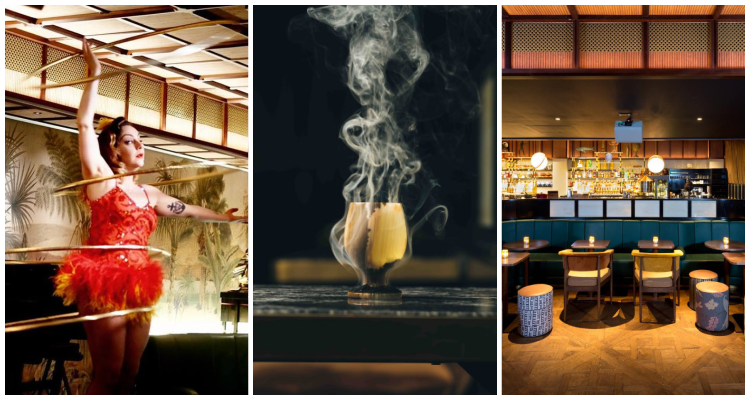 To kick proceedings off in The Old World, we ordered a D’Arrigo (£14). Set in Sicily, this pretty potion was sweet yet sharp and contained floral undertones which encompassed its charming country of origin.

Next on the agenda was a trip to The New World with an Acapulco (£16). Refreshing and light, each sip was gentle on the tongue and was successful in its intention of sending our minds away to a beach in Mexico through its combination of tequila and coconut. We also ordered La Culebra (£16), which was a striking contrast to the previous choice, but delicious nonetheless. Aptly described by my friend as a ‘spicy margs posh older brother,’ this one sure packed a punch through its peppery powder which was placed around the rim of the glass, complementing the tequila perfectly.

To accompany all the cocktails, we ordered the pork bun (£6) and the truffle mash croquettes (£6). Packed full of flavour, the deep-fried bun was crispy on the outside and neatly sandwiched the tender shredded pork in the centre. As for the truffle? Just as it should be - think creamy, rich and earthy. 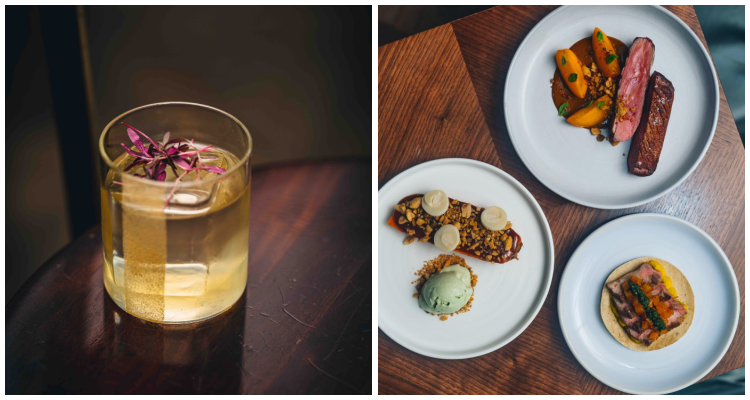 Boasting jazz, bar bites and tipples, Oriole is a bar in London worth checking out.

Where better to finish our trip in the Orient than with the booziest cocktail on the menu? Enter the Siam Martini (£14) - gin, ambrette seed liqueur, lemongrass and lime leaf vermouth with jasmine dragon pearls. Lip-smackingly good, this one was certainly an unforgettable finale.

For anyone on the hunt for a sleek cocktail bar in East London, I suggest you pack your passports, spread your wings and glide on down to Oriole. Each drink has its own unique story to tell through ingredients that have clearly been carefully thought out by its creators. You’ll be flying out the venue not only packed with booze but the brains of a cocktail connoisseur.

Note: Oriole will be closing down at the end of the year, so be sure to grab your cocktails and bar bites while you can.

Craving more? Click here for our guide to the best speakeasy bars. For more London inspo, sign up to our weekly newsletter.

Self-proclaimed part time baker with a passion for gin and tonics, Percy Pigs and shih tzus. Can often be found belting out Fantasy by Mariah Carey.