Ask my friends about me, and they might use a lot of adjectives, but never will ‘cool’ be included. It could be because I speak in a weird, old-fashioned, shrill way; it might be the fact that I know more Chinese - one word to be precise - than pop culture references, or perhaps it’s because I call Bethnal Green ‘Bethy G’ willfully. I do have one secret weapon in my arsenal, however, and that’s my knowledge of cocktail bars and pubs in London; East London being my speciality. After last Friday, I now have another card to tout when trying to impress fellow youths; NT’s near London Fields, the bar from uber cool Night Tales (think Tokyo Nights and Summer Tales).

NT’s is the no man’s land between Mare Street and London Fields, a stretch of road that goes from 3am spaced-out visits at The Dolphin to brunching with a preened undone bun at a ‘scene’ Broad Street cafe in 200m. The bar doesn’t identify with either of its neighbours; hidden away in the corner of a gated compound and up a long puff-enducing flight of stairs. Whoever designed the space was schooled by the East London cool text book, with a series of exposed brick walls, masses of potted plants and and low, much-loved leather sofas.

On a Friday night things start slow, but then it is January and everyone’s feeling a bit knackered and battered. By the end of the night, the place was buzzing, and it wasn’t just the effect of the six cocktails I had consumed. A DJ was spinning house music, the wooden benches and tables had been pushed back for people to dance, and the outdoor terrace was crammed with smokers and people giggling into one another’s ears. 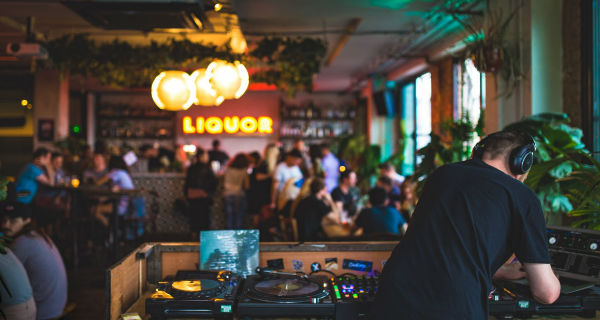 Set in a cool warehouse space full of potted plants and neon signs, NT's also has a secret roof terrace.

Head mixologist Pedro was the man of the night, and promised us a cocktail journey - that ended five hours later with me wobbling into a fried chicken shop on Mare Street. Veering off the menu, the evening was designed to show us a drink from each season. Winter was a short and rich drink, served with plum reduction, sloe gin, campari and prosecco, topped with a smoking piece of cassia bark, that would warm even the coolest of cats. Summer was NT’s take on a Mai Tai, with rum blends, pachada, cherry liqueur, blood orange liqueur, lime and almond syrup, and should most probably be adopted for all mai tai recipes here on out.

It turned out Pedro had a talent: making extremely strong drinks that avoid any alcohol burns  - within an hour I had gulped down three cocktails and was beginning to eye up the fern in the corner. Pedro finished our tour with an even better take on my favourite drink ever - a margarita - with the sour edge taken off thanks to jalapeno liquor, coriander and a rim of smoked paprika. My notes put it best at this point: ‘sexy in a glass’. Should we have stopped drinking there? Most probably; but I wasn’t leaving this East London haven, with their sexy clientele and even sexier drinks.

After shotting Mezcal, it was back onto the venue’s cocktail menu which went from The Bold to The Bizarre. We tried Meth (£8.50), a minty fist of ginger liqueur, mint liqueur, Havana 3yo, fresh lime juice, egg white and a spray of absinthe. The final drink of the night was Northern Lights (£10), a sweet blend of prosecco, Kummel Aquavit, rose vermouth, fresh lime juice and topped with egg white. 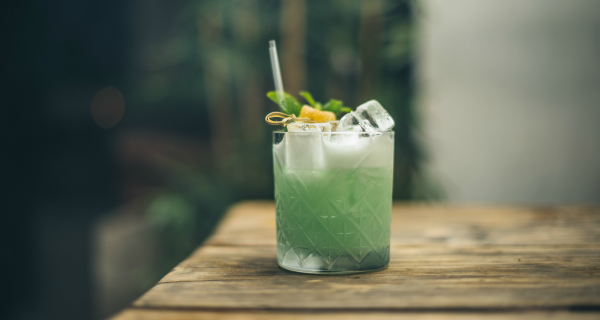 With titles such as The Bold and The Bizarre, NT's isn't messing around when it comes to its cocktail offering.

Like the white whale of Tindering, NT's is one of those rarities that works even better in real life than it does on paper. Yes, it ticks all the right 'cool East London bar' boxes, but with a relaxed crowd, cocktails that have been thought out and veer from the norm, and a fun late-night vibe, it's a spot that beats the rest of the competition with a chilled ease.