A wise picture I once saw on the internet said: ‘Don’t limit your challenges, challenge your limits,’ and that really speaks to me about Mint Leaf Lounge. That’s not an indictment on the quality, but more of a comment on the fact that, when it comes to spice, my tongue has the structural integrity of a sandcastle caught in the path of an uncaring older brother. However, when you’re tempted with a slick Indian restaurant and bar like this, sometimes you have to put your big boy pants on and meet the challenge face-to-uh, tongue.

While the words ‘city bar’ will normally emit groans from those who go out in the four poles of London, this one’s different: it’s actually good looking. The walls are intermittent lines of pebble-washed and flat stone, giving the whole venue a more refined aura, and it surrounds a sleek 16-metre bar lined with so much alcohol that my eyes lit up like I was an alcoholic version of Augustus Gloop.

Upstairs, there’s a Champagne bar and drinking terrace, but down in the dining room where we ate, you’ll be sitting amongst polished wooden furniture, plush chairs and a series of proud stone statues my eyes kept wandering to as I chatted with my friend. The crowd leaned mid-to-late twenties, mostly groups of people dining after work on the Thursday we visited, with the odd date here and there. But while it's a restaurant first-and-foremost, the atmosphere was a bit livelier, so best to visit in high spirits (because they certainly serve them). 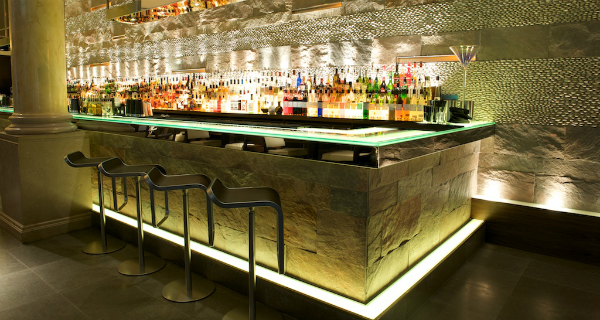 It's quite an attractive place to hang out, but the main event is the food and drink.

My friend and I were invited to sit at the bar first, and so the talented barman took over. Where many places would rest on the pilau laurels of their food, Mint Leaf have decided to specialise in booze too and, boy, you can tell in their cocktails. The word ‘mixologist’ gets batted around, but the gentleman who served me knew his way around alcohol. I opted for a Bobby Burns (£11), a Scotch, herbal liqueur and vermouth cocktail that packed a very sweet punch. Meanwhile my friend decided on the Port Royal (£11.50), that was described as dangerously drinkable and lived up to its reputation.

After making a new best friend in the barman, we were showed to our seats, the smell of spices from the other tables guiding us there. To start we opted for the Mint Leaf Grill Platter for Two (£36), a combination of kebabs that changes daily. I’ll just put it out there right now: these were incredible. I said earlier that my taste buds have the strength of rice paper and so does my friend (I don’t know why I didn’t think of this beforehand), but we both devoured them despite the fair kick they all possessed.

Our platter consisted of chicken tikka, lamb, duck and paneer tikka (cheese), with a couple of pieces each for both of us. The chicken was my favourite of the bunch, cooked perfectly so that it was equally moist as it was flavoursome. The paneer tikka and lamb were tasty too, though the lamb was spicy enough for me to down an entire glass of our red wine, a smooth glass of Merlot Bergerac Chateau Laulerie (£30 per bottle). The duck was a little overdone for us, which was the only downside. 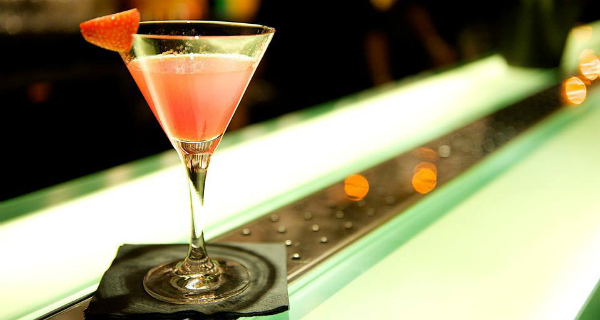 But having gorged ourselves on a selection of meat, we prepared to start our own personal Everest: curry. I ummed, I ahhhed, I pictured streams of milk that I could dive into, but ultimately I decided on the venison pepper roast (£22), with red onion, curry leaf and black pepper. My friend opted for the Lamb Rogan Josh (£24) with brown onion, tomato and Kashmiri chilli, and we shared a bowl of saffron pulao rice (£5.50).

I stared at the venison and the venison stared back at me: I thought of Vesuvius; of a sunburn with searing pain only a five-year-old child can feel; of the weirdly hot spaghetti bolognse I ate in Ghana one time. Gulping, I slid the spoonful into my mouth and… Wow. Wow. Sure, it was hot, but boy, was it just so good. The spices blended together perfectly with the rest of the dish; the venison’s naturally rich flavour wasn’t lost in the mix, rather worked with it. The lamb, too, was delicious, and my friend soon mopped the plate clean with a garlic naan (£4.50).

Mouths aflame with spice and flavour, we did it. Mission accomplished, we were better people for it, and there wasn't a single glass of milk in sight. 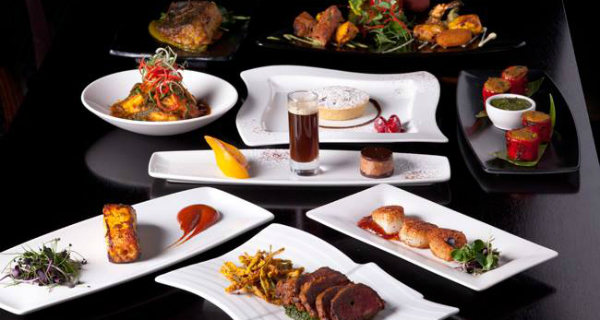 There's milder dishes on the menu but I thought we should... SPICE up our lives.

Mint Leaf Lounge is worth your time. The bar's cool, the people behind it know their alcohol, and when that’s complimented by a menu of delicious food that's fantastic even to serial spice-avoiders? You’ve got a winner.