When I think of what’s good about London, Camden is what comes to my mind – chock full of theatres on top of pubs, a famous market and pure characters on the street, it remains sturdy in the face of the capital’s corporate takeover. Where places like Shoreditch are under-seize by an endless army of suited Essex lads and Dalston struggles to find its own identity, Camden is still Camden, and its ever-changing bar scene is a sort of litmus test for it. And so we arrived at Lockside Camden, a place striving to offer quality while living up to the area’s artistic heritage. That mission statement definitely gets a little bar-hopper like me excited.

The bar has an effortlessly cool aesthetic, but it isn't 'effortless' at all. Their recent refurbishment has brought forth exposed brickwork walls (the visa that lets you into Cool Kids Island™ in this city), stain-washed walls covered in quirky artwork and a long copper-topped bar as its centrepiece. I’m told that some of the spirits on the shelf cost about £200 a pop and that kind of specialised opulence feels me with that sort of life-is-over existential dread you feel only after you send a private nude to your group chat. There are just as many wooden benches outside overlooking the very underrated Camden Lock as there are cute dark wood table and chairs inside.

But it's not just a shabby-chic interior that gives them their cool credentials: the music really takes the lead, with every night delivering a different DJ: from House and Garage to Rock and Disco. While it’s true the mostly early-to-mid-twenties crowd were here for the music, it seems just as many were here for the bartenders. People walk in and are greeted like old friends (I’m told a lot of people are old bar staff that have moved on, but still come back for a drink), and their legion of impossibly attractive bartenders laugh and shake you up some strong. Aesthetically and attitude-wise, it's probably one of the cooler places to hang out around Camden. 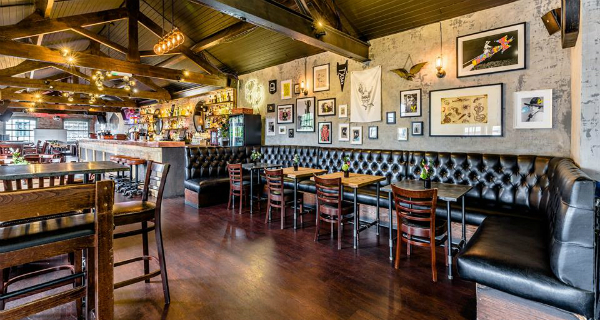 Their recent refurb has updated the interior - and becomes quite a moody hangout come the winter.

As I alluded to just then, the drinks are made well and they’re strong. We flicked through their artwork-laden menu until two drinks caught our eyes: I chose the Latino Luv (£9) made from El Jimador Tequila, Huana Guanabana, mint syrup, ginger lemongrass cordial and lemon; my friend opted for the Calico Club (£9), made from Cariel Vanilla Vodka, pococello, lemoncello, lemon sorbet fresh mint and prosecco.

Both were served in cute coupe glasses, with little fuss put into the presentation - this means the taste has to carry the whole drink. My friend claimed it was one of the best cocktails she’d ever tasted, which isn’t a claim she swings about lightly, and one sip of the sweet but sharp potion hinted at why she thought so. However, I was too involved in my own – tequila being my shot of choice in every drunken night out, I realised that, actually, this was exactly how this devil's booze is supposed to be drunk. The ginger gave a hint of spice without punching my taste buds out and it held a sour edge that was irresistible. These guys know their cocktails. 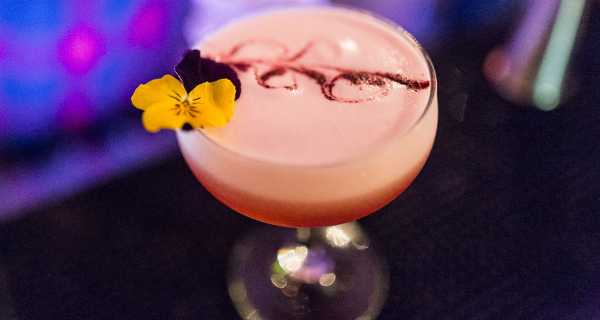 Simply but effectively presented, their cocktails are their real trump card.

If you’re hungry when you come into this bar, you won’t be when you leave. This place is a carnivore's dream. My friend, thinking highly of herself, opted for ‘The Don’ Cheeseburger (£8.50), coming packed with a beef patty, cheese, lettuce, tomato, pink pickled onions and chipotle mayo. My pal said at the end ‘I would’ve given you some, but’ then gestured guilt-free at the bare basket it arrived in. So take of that what you will. I chose the Pork Belly Tacos (£9), while it held gorgeous guacamole, the pork belly was a bit too fatty (I realise it’s pork belly, but it’s also pork as well).

But we didn’t just stop there. Not only did we shovel in some dribble-worthy jalepeno poppers with chipotle aioli (£5), we ordered some Nachos Supreme (£8). These bad boys arrived with five hour slow cooked short rib con carne, melted cheese all over, and sour cream, salsa and guacamole in each of its corners. Eating this much nearly killed me, but this mouth-and-eye-watering creation was worth it – the epitome of gluttony in action, I felt completely guiltless as I shoved the juicy short rib into my mouth, smothered in that dreamy guacamole. It's not summer anymore. No regrets. 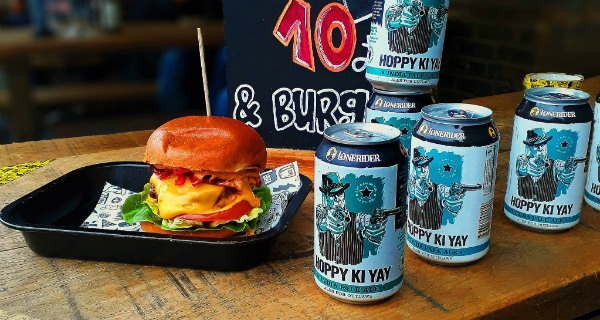 Beer and burgers are the answers to every life problem.

It’d be easy to bank on style over substance at Lockside Camden. The food is simple, but executed well – but really it’s the atmosphere and alcohol that’s royalty here. Amazing cocktails shaken up by friendly staff, with a mean soundtrack in the background, and not a suit in sight. Finishing off our drinks and looking over the sparkling Camden Lock: this is what drinking in London should be about.

Living For The Weekend: The Best Brunch Deliveries In London

A Way To Make London's Best Bacon Butty At Home? We've Found It