Thought Bethnal Green was all offbeat brunch spots and hipster hangouts? Think again, because E2 is home to quite the bar scene. Among East London gems like Satan’s Whiskers and The Sun Tavern, we’ve got hideaways like Coupette that take flavours of France and shake up some of the city’s most coveted drinks… but in proper party bar style. 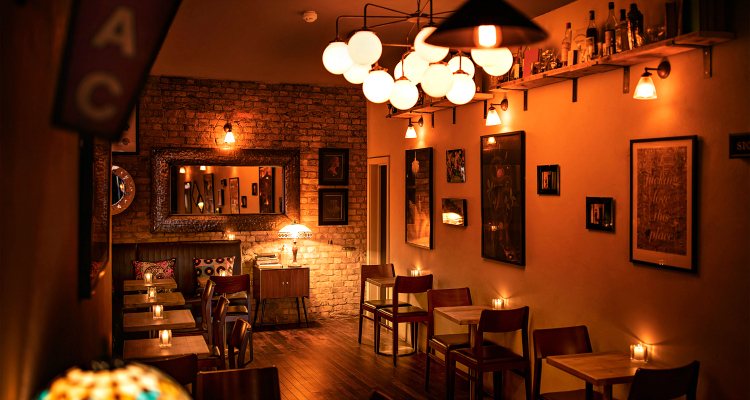 Since Coupette first welcomed thirsty Londoners through its doors almost 3 years ago, it’s been all about Calvados, Champagne and chic tipples without the pomp. Forget bartenders in white jackets and art deco luxe; instead, think mismatched prints, kitsch lampshades and indie tunes into the early hours. When we rocked up a few Saturdays ago, it was exactly that.

Eschewing my usual pick of counter seating in favour of a table in the back, we got cosy with moody candle lighting and headed straight for the menu. Cornerstones like the carbonated Apples, a truffled white negroni and an elevated take on the pina colada have survived yet another menu change and it would have been rude not to start off with a signature sip. Opting for a taste of luxury, it was the Champagne Pina Colada (£11.50) for me. Blending Bacardi, Agricole and Moet with pineapple and coconut, this was a far cry from the super sweet kind you’ll find on a beach abroad. 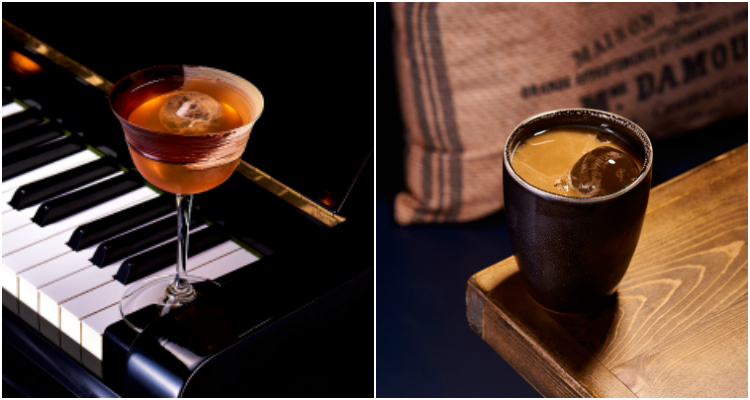 From the vermouth-tipped No Such Thing to a buttery Never Enough, there's something for every palate.

Across the table, my drinking date settled in with a Maple Americano (£9.50); balancing Woodford Reserve and maple vermouth with sunflower seeds and a sparkling maple concoction. Then it was onto my buttery Never Enough (£10.50) - think Calvados, brown butter, burnt treacle and chestnut milk - alongside his barley and quince-tipped Hidden Spritz (£9.50). As What’s The Story Morning Glory faded into A Little Less Conversation, we found ourselves growing bored tucked away in the corner. The remaining group next to us had moved onto their next destination and the atmosphere had waned… it was time to hit up the bar.

Nabbing the final two seats like the gold dust that they were, we settled in at the coin-topped bar ready for our next order. As our tender knocked out my date’s pear and cocoa butter-fuelled Open Season (£9.50), I caught a glimpse of the numerous awards on the backbar. 3 Class awards held their place next to a Tales plate and – the crowning glory – the 50 Best Bars prize. 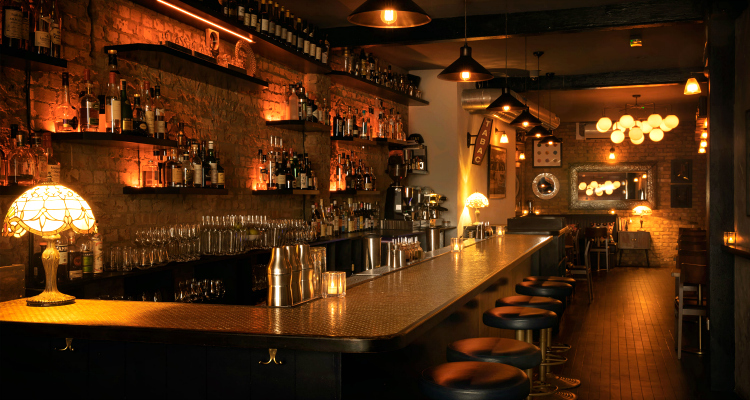 Where the party's at... trust me when I say that this bar gets bu-sy.

Arriving just in time to corroborate the East London boozer’s skills was the Double Agent (£10). A heady mix of whisky, lemon and powdery raspberry topped off with rosé wine, it was exactly the kind of flavourful sip that I was after, and with a thick, foamy head to top it all off.

Holding its own as the 23rd best bar in the world (yes, the whole world), it’s not hard to see why Coupette is so acclaimed. There’s everything from simple staples through to low-key drinks that provide a luxe twist on your old favourites. I might not love the quiet seats at the back (couples looking for a mellow nook, this one’s for you), but as long as the bar shakes up that Champagne pina colada, you’ll find me here.