Tacos And Coladas: We Got A Slice Of Mexico Right Here in London

It’s safe to say that my summer hasn’t gone quite to plan. What I thought would be spent jetting off on holiday and living it up with friends has instead been filled with day trips around Costa del UK and working from home during heatwaves. But with the reopening of restaurants and bars, there are some spaces that are transporting us to tropical climes. One of those is Nine Lives Alley. 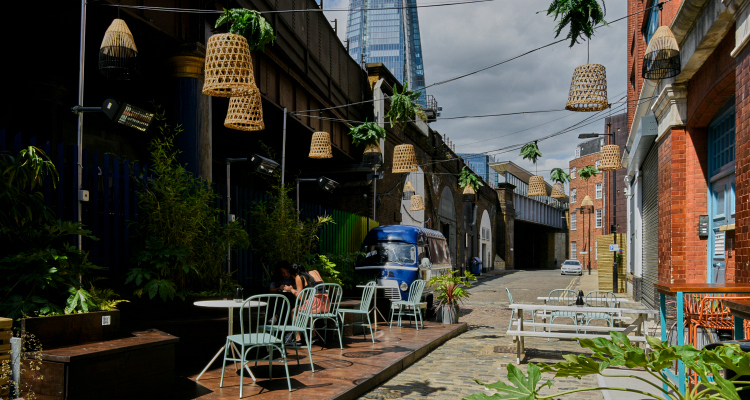 If summer was a street...

I’d begun to think that the Southwark bar was a myth, having tried to visit on more than one occasion in the past; the first time it was closed for refurbishment, the next it was shut on Sunday and after that, there was some sort of private party. But on a sunny weekday post-lockdown? My tiki dreams finally came true for date night with the other half.

Before COVID-19, Nine Lives was renowned for its low-lit nooks, tropical vibes and impressive cocktails. Now, these exotic feels are spilling out onto Holyrood Street; with wicker lanterns and leafy foliage hanging across a backdrop of birds and blue sky – with the shadow of The Shard as the only stark reminder that we are, in fact, still in London. 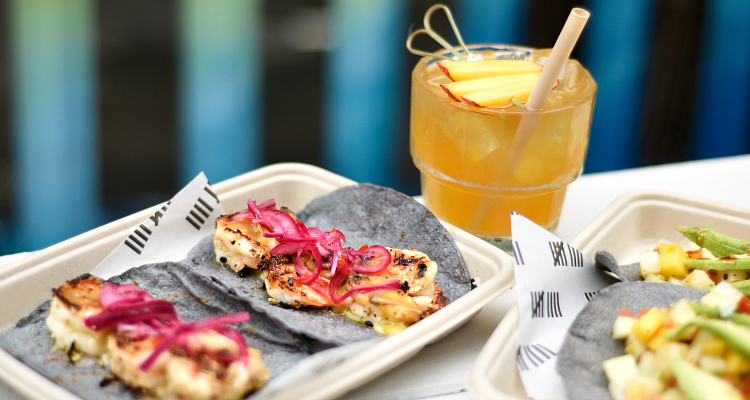 On the social-distancing front, there’s hand sanitiser in penguin-shaped bottles, 1 metre notices and QR code menus that appear on your phone. But beyond signs of ‘the new normal,’ the most intriguing new addition to Nine Lives is the arrival of chef El Tigre. Hailing from Guadalajara, the Mexican chef has parked up his eponymous taco truck, dishing out a menu of sustainable, seasonal eats.

Easing in with mango tostadas (£8), we were met with soft mango and avocado offset by crunchy kohlrabi. With a Backyard Spritz (£9) (rhubarb-infused pisco, raspberry and pink peppercorn cordial and jasmine soda) for me, plus the canned Nine Lives Baller #2 (£9) – which paired Johnnie Walker Black Label with green tea, lemongrass, lime leaf and pineapple soda – for him, this was a winner. 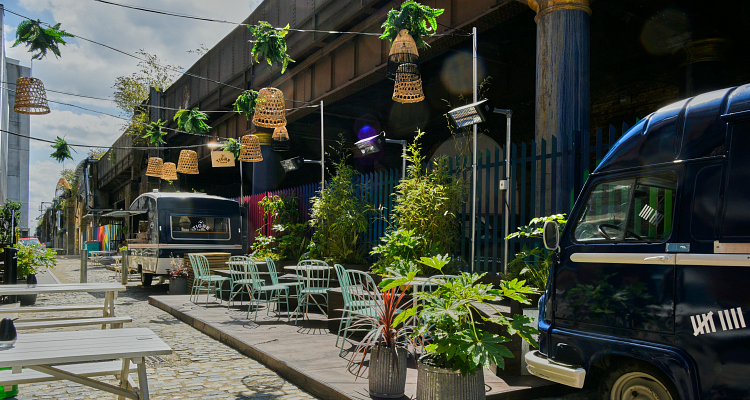 From Mexico to London, El Tigre is reviving the taco truck.

If you’re not the kind of person who can handle the heat, then you’ll want to look away now. From king prawn tacos layered with house-made pineapple salsa (£8) to octopus ceviche tostadas sprinkled with chilli oil (£9), it was all so spicy, yet so fresh. As someone who usually steers clear of fish, the Baja taco (£8) was also a winner; perfectly crispy on the outside, juicy on the inside and encased in a taco so perfectly soft that it practically melted in the mouth. And to neutralise any excess spice? The frozen Mojo Colada (£9) sorted me right out.

While everyone and their mum seem to be doing alfresco drinks, nowhere’s doing it quite like Nine Lives Alley. Close enough to all the action but far enough from London Bridge that you can almost escape the city, this one’s a real treat. Frozen drinks? Authentic eats? It’s not quite the same as a holiday abroad, but it’ll do for now.

Nine Lives Alley is open from Tuesday to Saturday between 12pm and 10pm. Check out our guide to where to drinks outside in London for more alfresco inspo.