While most of us think of glugging warm tinnies and sweaty seats when it comes to train travel in this country, there’s a romantic side that doesn’t involve people balancing bagels on strangers’ heads at 1am in the morning. Hoxley and Porter in Islington is the gorgeous reincarnation of this golden era of train travel; a restaurant that’s been designed to look like a vintage carriage, and there’s not a Malibu and Coke can in sight.

With potted plants, heavy metal fans suspended from the ceiling and botanical wallpaper, Hoxley and Porter’s dining room is pretty enough to appear in a film (preferably without Johnny Depp). If trains were still this sexy, perhaps Southern Rail users wouldn’t mind the utterly incompetent service. Split between the restaurant and bar, the first half of the carriage is lined with an assortment of retro chairs and rickety wooden tables. If you’re eating, try and upgrade to the first-class cubby-hole alcove which juts out of the front of the building and is a snug semi-circle.

Separated by a huge wooden bar, the drinking area is a more grown-up affair, filled with deep velvet sofas, geometric wallpaper, and low hanging lights. With all the talk of train travel and vintage interiors, Hoxley and Porter should be a date-night paradise, and while there are a few couples dotted around, the cliente hums more with friends and after-work drinks. 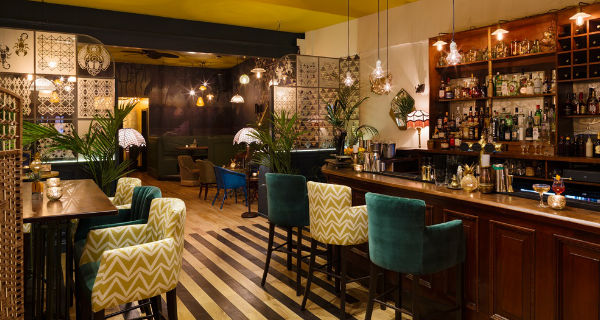 Hoxley and Porter's interiors are inspired by the golden age of rail travel.

Hoxley and Porter’s menu is unfussily traditional, with a warming choice of meat and grains. Eyeing up plenty of thick cuts on the mains, we veered for lighter starters. The squid - a seemingly simple dish that so often comes out chewy and limp - was battered and cooked to perfection, without a whiff of stringiness or greasiness. Tiger Prawns were served in a sea of slow-cooked tomatoes, baby spinach and chilli, and while it was very wolf-down-able, could have done with a pinch more flavour for added richness.

The main menu was made of the sort of dishes that pick you up and dust you off on the coldest January nights, from a gooey mac ‘n’ cheese through to a pie of the day. I opted for the rack of lamb, which was served as three pink cutlets and balanced by softer lentils and a salty, moreish olive tapenade and bits of chorizo. The fillet of beef was equally as strapping, with a thick steak piled with a wedge of chorizo and brown shrimp butter.

While anyone outside of the UK may be baffled by the term ‘pudding’, they need look no further than Hoxley and Porter’s sweet menu for a indulgent selection of our favourites; from sweet toffee pudding to a great pile of Eton mess. The cocktail menu is the surprise of the evening both physically and ingredient-wise. Sorted by illustrations and quirky names, drinks include Proud Bulldog (gin, smoked scotch boote, lemon and hard cider - £11) and Feisty Monkey (gin, Mandarin Napoleon, lime and grapefruit sherbet - £9.50). 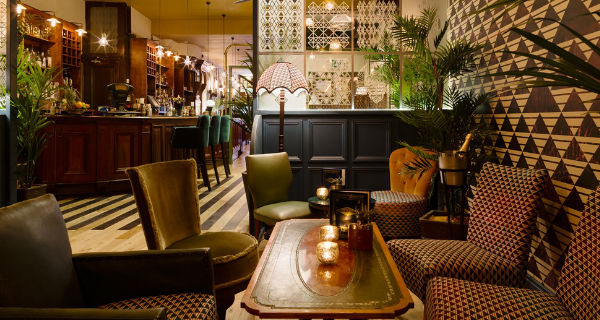 With its A-list quality decor, hearty food menu and original cocktails, how Hoxley and Porter wasn’t rammed on a Thursday night is a mystery for someone else to solve. The spot is not only great for snapping some new Instagrams, the menu is also affordable, with three courses coming in at £19.50.