A Taste Of The Northern Spanish Coastline At Pilgrim

I haven’t been to Spain since I was a young whipper-snapper with little interest in the culture other than its bottled chocolate milk and aqua parks. Similarly, my experience of its gastronomic landscape doesn’t really extend far beyond Nutella pancakes and queso omelettes from the hotel breakfast buffet.

Ironically, my tastes of Spain in later life seem to come from the many tapas restaurants that now punctuate the Western hospitality and leisure scenes… though this hasn’t really elevated to anything more exotic than gazpacho and a pig cheek bonbon. So, when I made a table reservation at Pilgrim, on the first floor of Liverpool’s new Duke Street Market, I knew my comfort zone was about to be well and truly obliterated. 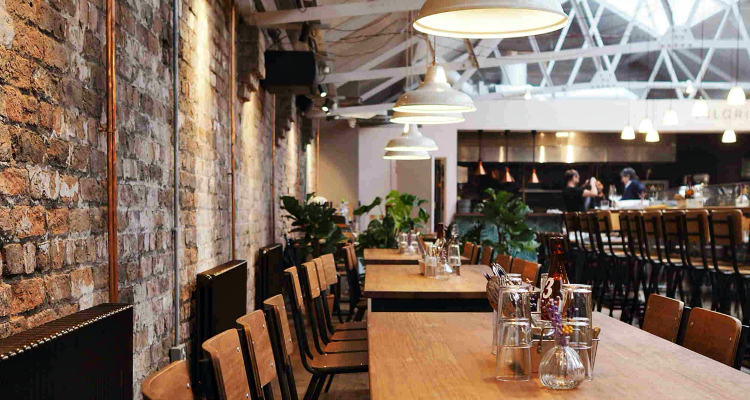 The Duke Street venue is actually the flagship restaurant of Pilgrim, following their recent success on BBC2’s Million Pound Menu. Founders Dave Bone, Jamie Duffield and Anthony Power were offered £600,000 of investment to transform their concept into an edible reality and I can vouch for the fact that it’s even better in the flesh.

The restaurant is on the mezzanine of the electric food hall which has taken inspiration from the likes of the Time Out Market in Lisbon. Sunlight beams through the rafters, beating down over the bench-style seating and trendy clash of rustic oak wood, blush pink and emerald green. It’s classy, it’s upmarket, it’s all kinds of cool and somehow… still super laid-back. 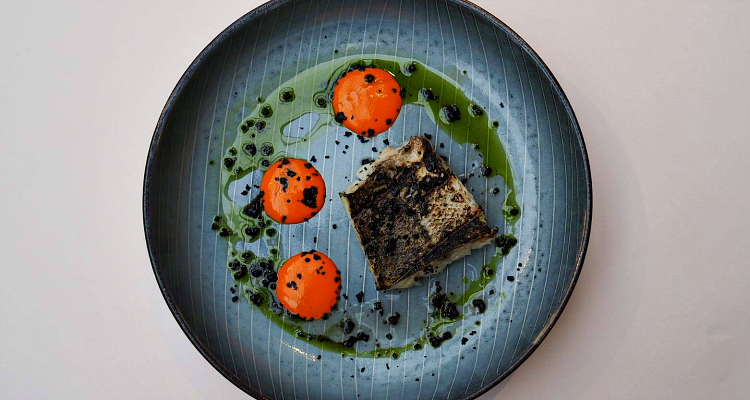 Dishes draw inspiration from the cities and towns along Camino de Santiago.

The menus are equally synergetic with modern, contemporary cool and 9th century European authenticity. It pays homage to the Catholic Santiago de Compostela pilgrimage to the tomb of St. James, borrowing flavours from various nooks and crannies along the north coast of Spain. The extensive wine list is also carefully considered to complement the menu of smaller and larger plates which change regularly according to local and seasonal produce.

I’ve actually been to Pilgrim a couple of times now so have tried a good selection of what’s on offer, including the grilled octopus tentacle, butter-poached scallop, coal-roasted courgette and wood-fired Iberico Presa. It’s not a menu for the fainthearted or fussy, that’s for sure. Highlights for me have to be the warm, smokey olive oil potato bread (£3.50) with charcoal salt for dipping, the wood-fired broad beans (£5.50) with garlic salt and the 13-year matured Chuleta beef rib (£70) which literally melted in its bone marrow sauce. 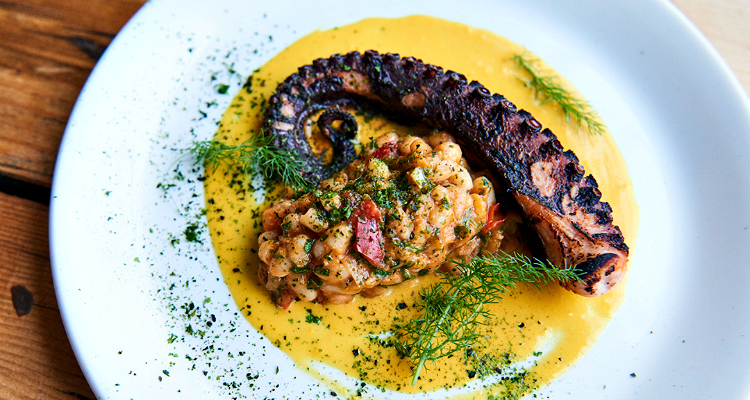 Almost too beautiful to eat... almost.

Every single morsel is cooked to perfection, with our beef arriving tender and juicy on the inside but crisp and charred on the outside - just how it should be. It’s the attention to detail which really elevates Pilgrim to a whole other level. The butter that came with our bread was whipped into a light spread and sprinkled with a grey charcoal salt which burst into life on the tongue. If you can transform something as lowly as butter into a multi-sensory experience, then you’ve definitely got something special going on.

If you’re after something a little fancier than your average but still want to enjoy casual surroundings and a relatively affordable food bill, Pilgrim is perfect. It’s fresh, it’s different and being a diner here is pure delight. Pilgrim does get booked up fast - especially with it being part of Duke Street Market (aka the new ‘place to be’) so I’d recommend booking a table in advance to avoid disappointment. You certainly don’t want to miss out on this.

Can You Survive A Zombie Apocalypse In An Abandoned Tower Block In Liverpool?

Can You Survive A Zombie Apocalypse In An Abandoned Tower Block In Liverpool?