The Thinking Man's Crumpet: We Got A Taste Of Uisce by Heaneys

I’ll be honest, upon having a pre-visit scan of the website of esteemed Great British Menu chef Tommy Heaney’s newest opening, Uisce, I had a bit of trouble working out exactly what it is. A wine bar? Cardiff’s hottest new coffee haunt? A tapas restaurant? I eventually had to accept that not everything necessarily needs a niche. However, after a visit to the Romilly Crescent eatery I can now confirm that it is all that, and then some. 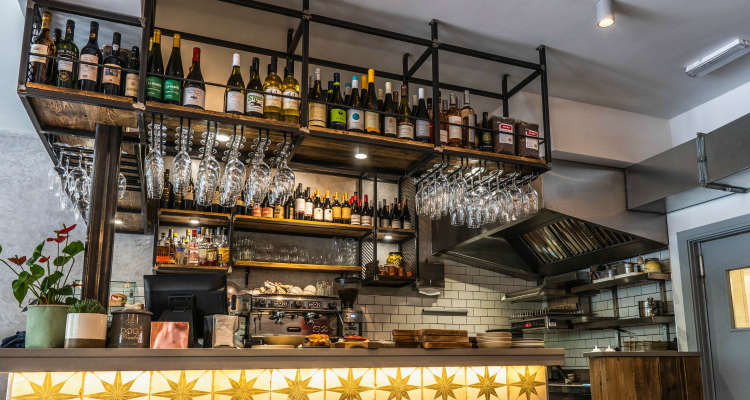 The diminutive Uisce sits right next door to its predecessor Heaneys.

Sitting next to its bigger, more formal brother Heaneys, Uisce is stylish and relaxed, with space for just an intimate 20 covers. Over three hours spent there, we observed a steady flow of Pontcanna locals come and go, giving the place a charming buzz. Some popped in for a wine, a chat with the lovely front of house staff, and a plate of charcuterie - which felt oh so continental - while others (me) opted to go hell for leather on the menu. We went with the option to let Chef Heaney himself pick our dishes. Despite my initial concerns of “Will they definitely bring Croquetas?” (they did), “Should we order the Lamb Crumpet ourselves to make sure it comes?” (it came), “What’s our plan if they bring the Oysters out?” (they didn’t), it was probably one of my best life decisions to date.

The Salmon Pastrami (£5) serves as our first clue that this is going to be some very twisted tapas. Confirmation comes with the Mothers Ruin (£5) – a palate-confusing yet pleasing gin-infused salami. Another intriguing charcuterie dish was Kick In The Head (£4), which is made from various parts of a pig’s head and has a really lovely kick as it melts in your mouth.

By contrast, the simple Tomato Sourdough (£3) sees two chunks of crusty sourdough topped with fresh tomato, garlic and lashings of olive oil. It’s a traditional tapas staple between all the eccentricities, showing that some dishes just don’t need to be messed with. 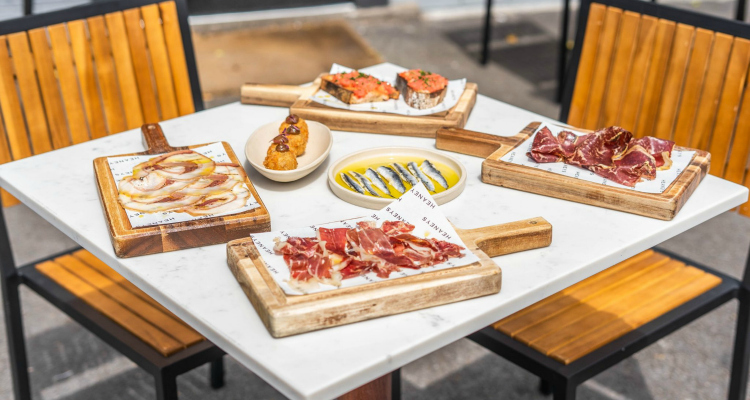 Then our wait was over. The Croquetas (£5) arrived. These beauties see hunks of tender smoked duck encased in a silky-smooth creamy béchamel potato, with a light and crispy exterior. Topped with a Pedro Ximenez glaze, frankly they left us speechless. They are absolutely up there as some of the best croquetas I’ve ever had, and this was far from my first rodeo.

But the Pièce de Résistance? The Lamb Crumpet (£8). The succulent pieces of slow-cooked pulled Welsh lamb shoulder were doused in a rich jus and topped with fresh salsa verde; lamb? Good. Crumpet? Gooooood.

Other highlights included some plump anchovies from Cadiz (£4.50) drenched in olive oil; baby squid in a smoky sauce (£7) topped with potato foam; King Prawns with a dehydrated garlic butter (£7); and a half fish cake, half doughnut (£7) (yes, you’ve read that right). 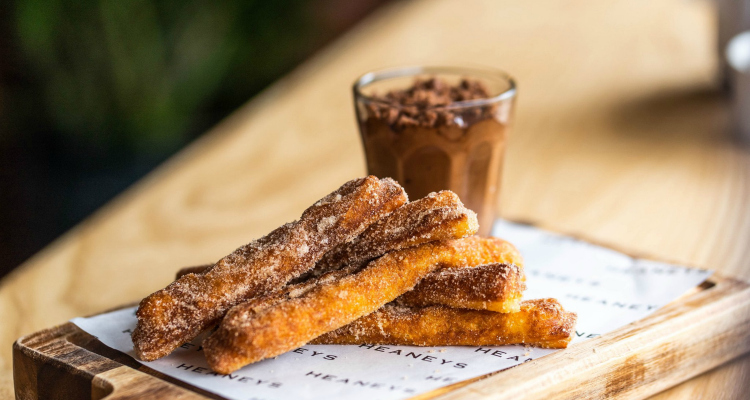 We finished the meal with a plates of soft churros and chocolate dipping sauce.

Pushing me over the edge, dessert was churros (£6) with a deliciously rich dark chocolate dipping sauce, and an espresso panna cotta (£5) which was topped with chunks of brownie, as all desserts should be, tbh.

Whilst the food certainly took centre stage, the drinks selection also impressed. Uisce have partnered with Bridgend’s Bang On brewery for their house beer, a craft number with an oddly smoky flavour. On top of that, there’s an expertly curated wine list and an impressive gin selection on offer, but alas, I can only vouch for that which was used in the salami. At least for now.

Dehydrated butter. Fish cake doughnuts. Gin-infused salami. LAMB CRUMPETS. Uisce is a place for culinary adventure and exploration, making it so worth the meander over to Pontcanna.  With one of the most exciting and interesting food menus in the city, billing itself as a ‘coffee and wine bar’ is massively under-selling just what this little restaurant is capable of.

5 Bars And Breweries Serving The Freshest Craft Beer In Cardiff

The Best Pizza Deliveries In Cardiff