I’m going to share a little secret with you. Do you see that traditional-looking boozer over in East London? Yeah, The Princess of Shoreditch. That’s home to an absolutely exquisite menu, bursting with inventive and whacky creations curated by 25-year-old Ruth Hansom, who is something of a prodigy in the foodie world. After earning a Michelin star at The Ritz and competing in the final of Great British Menu, she was appointed head chef of the East London pub between lockdowns. And when the chance to try her inventive eight-course tasting menu (£69) came up? I couldn't wait. 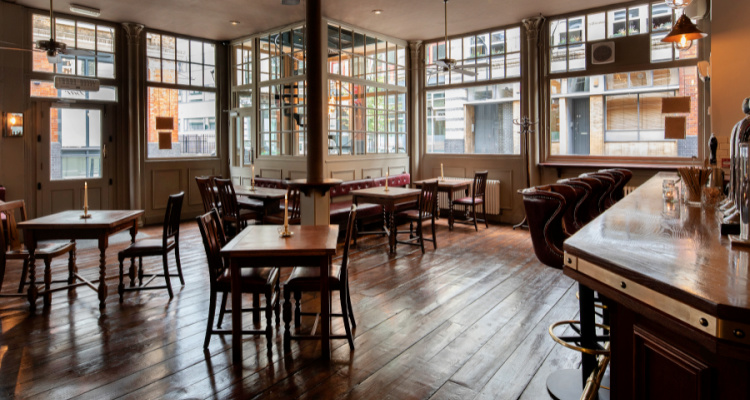 This cosy boozer can be found just a short walk from Old Street station.

For these tasting experiences (which also come as a five-course sitting for those of you who are aren't as greedy as me), you’re usually sat in their upstairs dining room. But as it was a little quiet that Thursday night, we were given a table in the ground-floor pub, which in contrast was pretty buzzing. This suited us perfectly, as while there was a certain elegance to the place, with dimmed lighting and old pictures of royals on the walls, it was cosy, atmospheric and just what we were after.

Following a recommendation from our server, we started with a couple of G&Ts made from Old Tom Cat, which is now my new favourite gin. After a few sips, we were handed our ‘snacks’, one of which was the tasty crab tartlet. This saw the meat cradled in a crisp nori cup, topped with crunchy radish slices. Another tasty nibble was the chicken liver with yoghurt pistachio and raisin, which came dotted on a crispy wafer of chicken skin. Little bites of heaven? They sure were. 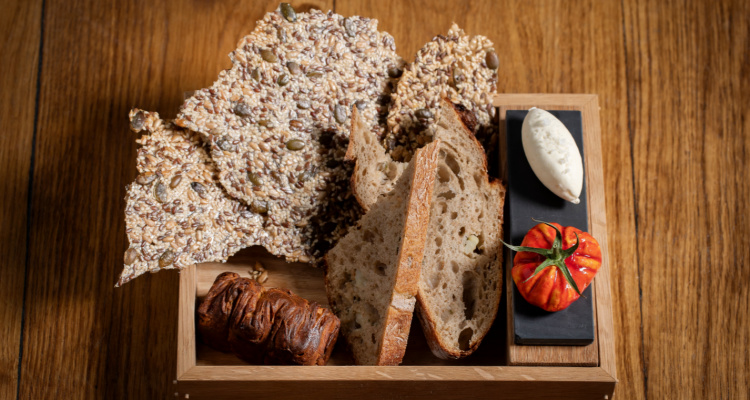 Even the bread here was absolutely top-notch.

We were then served a box of fresh rosemary bread and crackers with two kinds of butter, brown and marmite. I’m not usually a fan of marmite, but that butter was something else. To wash it down? A couple of glasses of Coats & Seely Brut Rosé (£9.50 per 125ml) were poured out for us; each sip was delicate and refreshing. Next up, we were handed the slow-cooked St Ewe egg with wild mushroom parfait, goats curd and pickled walnut. It came with a touch of praline underneath and a moreish bite of balsamic running through, which tasted beyond luxurious.

Another beautiful dish was the mackerel ceviche. Served on top of beetroot ice cream, which was more like a sorbet, this had a lot of interesting flavours and textures. Intriguing, but sumptuous. After that, we were delivered the Berkswell and truffle agnolotti accompanied by spring onion, kohlrabi and bacon foam. The pasta was cooked perfectly and tasted heavenly in its bath of buttermilk sauce. With this, we enjoyed a couple of glasses of Mantlerhof Gruner Veltliner (£9.10 per 175ml), which complemented it deliciously. 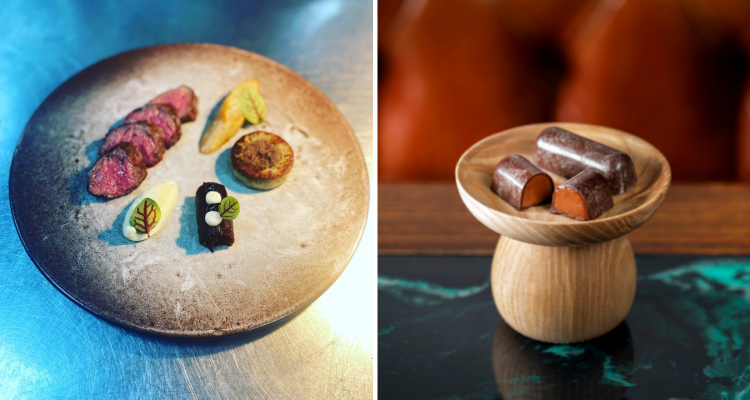 The presentation of The Princess of Shoreditch's food is immaculate.

Now, for my favourite of the lot; the salt-aged venison loin. This was served with truffle and braised haunch gnocchi, red cabbage and celeriac. The meat was cooked superbly so that it was tender and juicy, and each component on the plate completed the other. To pair with this dish, we shared a glass of ‘Altos’ Malbec (£9.10 per 175ml) and a glass of Selvapiana Chianti Rufina (£10.50 per 175ml). Each mouthful with a swish of one of these was absolute bliss. At this point, I couldn't believe there were more courses to come, although I suddenly found space in my stomach as I heard the word 'dessert'.

First up was the Chapel Down gin sorbet with pickled blackberry, pear and juniper. This was light, sweet and delicate on the tongue. To accompany this, we were recommended the Royal Tokaji Late Harvest (£6 per 50ml), a lip-smacking dessert wine. To follow, we had fig and its leaf accompanied by bergamot, London honey and Earl Grey. This was succulent, sweet and oh-so-tasty. Last but not least, we were given a couple of petit fours to see us off. The cashew and miso choux bun and hand-tempered Princess chocolate with passion fruit were incredible.

With food fit for royalty, The Princess of Shoreditch is one of East London's best-kept secrets. The dishes are not only delicious but creative - like nothing I've tried before. I'd highly recommend coming here for a luxurious date night or celebratory meal out.

On the lookout for more hot eats in East London? Have a read of our guide to the best restaurants in Shoreditch here.

Best Places To See The Sunset In London

Best Places To See The Sunset In London