Empire State Meets Deansgate? We Took The Insta-Worthy Manahatta For A Test Drive

If you can honestly say you’ve never taken a photo of your food, then good for you. I, on the other hand, am guilty of chair-standing, Boomerang-recording and all sorts of selfies... #forthegram people. If there’s one place that agrees with me, it’s Manahatta. Giving the likes of Menagerie, Tattu and Australasia a run for their money, this Deansgate den is serving all sorts of Instagram-worthiness. 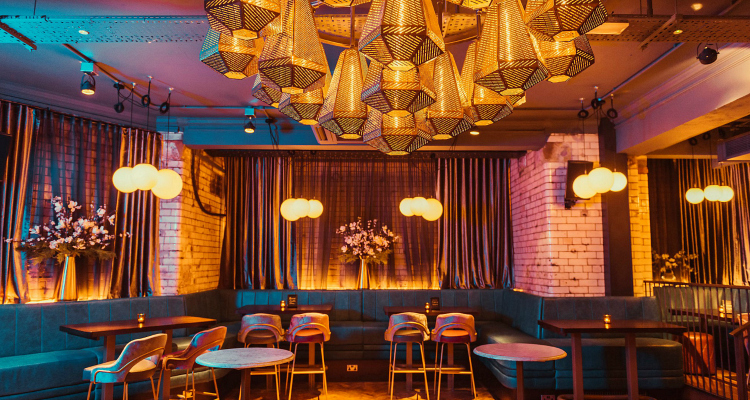 Slick seating and luscious lighting give this Manchester restaurant an NYC-feel.

Being a lazy Londoner, I rarely leave the confines of the M25, so when I do it’s for something special. The other half, Josh, had arranged a weekend stay, so it was up to me to get the restaurant ball rolling. With a cocktail menu crafted with help from the team from London’s award-winning American Bar at the Savoy and a laid-back food selection juxtaposed with iridescent interiors, this was a no-brainer.

There’s one massive Americanism that Manahatta’s nailed, and that's the sheer size of everything. Covering 8,000 square feet, the venue is a sprawling hub of activity; a large bar that’s so big I can’t even see where it ends, giant neon lights and huge leather booths… one of which, was ours for the night. Sat facing a glaring blue sign reading 'it’s a state of mind,' my phone was already begging for a snap. 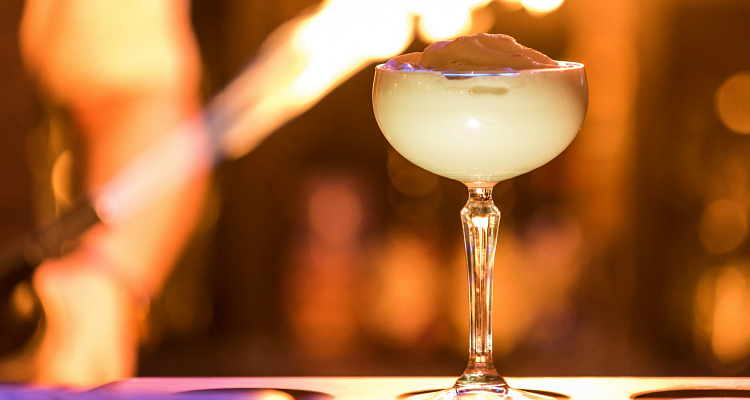 Looking for a decent cocktail? You've come to the right place.

Big Apple-themed concoctions take centre stage, with names like Central Park, Soho Sour and the Green Point Manahatta (£9.50) which draws inspiration from the quintessential American cocktail. A carefully crafted mix of Woodford Reserve, Punt e Mes and Chartreuse, it was a stark contrast to my booze-free (I was ill, ok?) Tropic Thunder (£4.50). Usually one for an alcoholic mix, this tiki-ish blend of orange, pineapple, guava, vanilla, ginger and coconut was the mocktail I never knew I needed.

When it comes to food, there’s less focus on the Empire State and more on exotic dishes. Katsu curry and fajitas seemed a little out of place, while bang bang chicken skewers (£6.95) didn’t have much sizzle. On the other hand, BBQ chicken nachos (£6.95) were a glorious cheat day slop of tortilla chips, spicy chicken, bourbon BBQ sauce, salsa, sour cream, jalapeños and Monterey Jack cheese. You know, all the usual suspects. 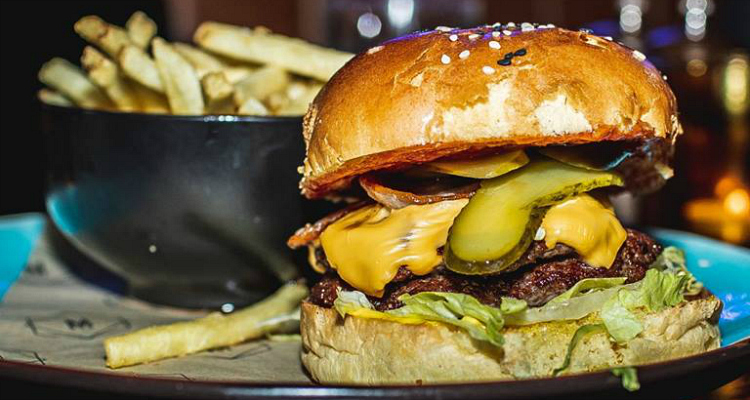 Wrap your lips around this beast of a burger.

Steering things back to NYC, I went for the smoked pancetta-topped and American cheese-smothered Liberty burger (£11.95) and was not disappointed. Josh ordered a medium-rare Aberdeen Angus sirloin steak (£24.95) but arriving cooked to a crisp it was a tougher one to swallow. We deliberated ordering dessert, but being all carbed out, it was prosecco (£6.50) for us.

If you’re after a fun night out – and a few photos to document it all – then Manahatta is your spot. From the heaving bar upstairs to slinky private rooms below and even the sparkling toilets, every inch has been carefully designed. This is especially true of the cocktail list. Looking for your next drinking destination? This is it.