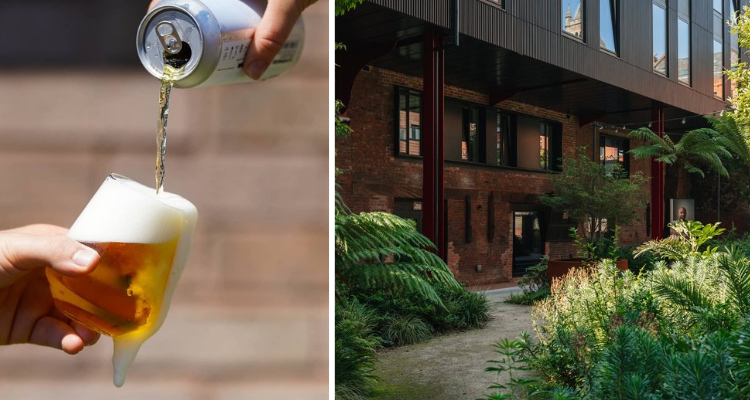 Head over heels about hops? Barmy about beer? Cloudwater’s latest venture is set to be right up your alley. The purveyors of exceptional beer have announced they’ll be opening a new site on the ground floor of Minshull House, a former Victorian shipping warehouse close to Manchester’s gay village.

Boasting some serious kit and the latest tech, this new flagship destination promises a communal beer hall, kitchen and private hire areas. If that doesn’t pique your interest, how about a beer tap wall? Yeah, we can’t wait to see this IRL either. Touted as an all-day hangout, Cloudwater’s biggest bar space yet (3,798 sq ft) will take you from relaxed work lunches to evening catch-ups. In the summer, their outdoor area is set to be the perfect sun trap for sipping an IPA or two.

The Cloudwater team will join independent operators Great North Pie, Nell’s, General Store and Pollen in Kampus’ vibrant neighbourhood. To say they've garnered a loyal following is a bit of an understatement. In 2020, it’s believed Cloudwater crafted over a million pints. So we’re expecting big things with this new vibrant addition to Manchester’s social scene. Fancy a pint?