Sometimes I read the news, and sometimes I don't. What comes to my attention when I stumble across some this week? A long-standing pie and mash shop in London has closed because it refused to offer a vegan alternative. CROCODILE TEARS.

In a city where fried seitan is now almost as sought after as flank steak, your best bet as a restaurant is to offer at least one meat and dairy free alternative. Understanding the trend and rolling with it? Old Compton Brasserie. No, i'm not here to detail their vegan dishes alone, but damn if i'm ignoring the Moving Mountains 'bleeding burger' that's currently found on their menu. 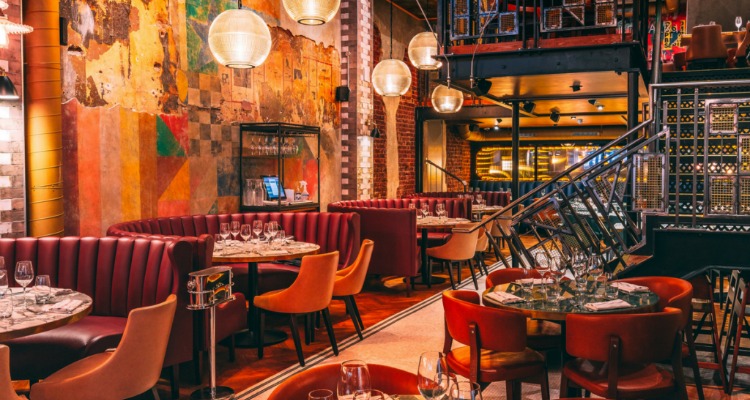 This is a restaurant that comes with plenty of pazazz.

Considering that Old Compton Brasserie is just shy of Soho's sex shop scene, I was happy in finding an equally sexy restaurant. Not shy of a few filament bulbs, OCB is decked wall to wall with slick shapes and features that put an emphasis on angles alongside art. My only qualm? It could easily do with fewer tables. I know how to weave with the best of them (we've all suffered Oxford Street on a Saturday) but I would have preferred a little more flow in the dining room.

Starters and cocktails (pitched on famous Soho characters) all came out in good time, with burrata atop sourdough and rosemary marinated tomatoes (£10) giving us room to grow into the evening, alongside plump tempura prawn tacos that were accented perfectly with pickled vegetables. But I want to take more than just a moment to detail our mains.

While I gushed over a perfectly roasted salmon fillet with mash potatoes and gravy (order both to dip your palate a little in to heaven and back), my husband couldn't resist the Moving Mountains B12 patty (y'know, that infamous bleeding burger) with shitake bacon, vegan cheese and acovado mayo at £14. This beetroot-based patty is light in circulation around London at the moment, with only a few restaurants braving the unusual vegan offering, and thank our stars that OCB are one of those. Defining the dish is the patty texture; soft yet ample, it's a medium-rare beef burger in cruelty free form. All in all? A grand burger offering that offset with the salty, shitake bacon, goes down effortlessly. 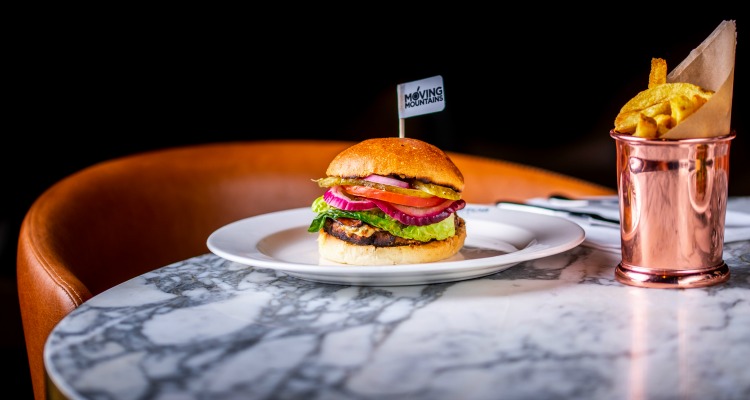 It's one of the most talked about vegan burgers of the year, and it's worth the hype.

I don't tend to talk too much about wine. It's a world of its own that i've never really been invited to, but I felt like welcome guest to it at OCB. Our waitress recommended Magpie Estate's Rag & Bone Riesling, and I fell in love for the second time this year (I got married in August, give me a break, i'm still gushy). If you like you your bottles to teeter the line between sweet and dry, there has never been a better one than this.

Wine doesn't just go well with me, it goes well with dessert, as we found out when the Rum Baba with chantilly (£7) was popped upon our table. Yet another recommendation from our waitress, this closer was a shared joy. Almost good enough to bring peace to warring nations, this light, rum-soaked cake was the definition of divine.

OCB don't scrimp on service; generating a dining environment that thrives on recommendations and approachable (yet elevated) dishes, they've created a buzz in Soho that's going to be hard to ignore.