The Inside Scoop On London's Iconic Breakfast Kit 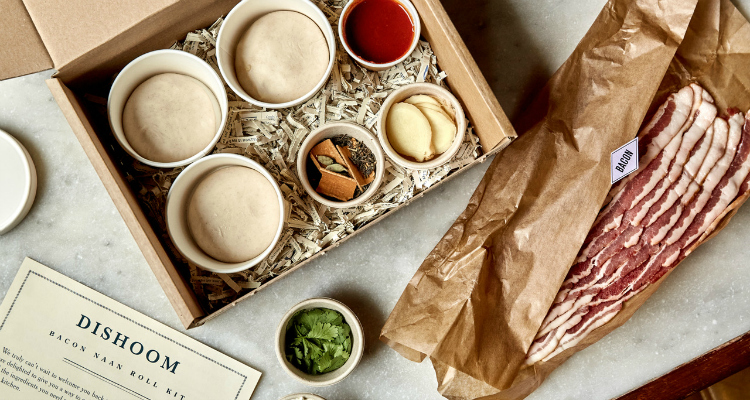 We got our hands on Dishoom's new coveted kit.

Just before lockdown kicked in and WFH was the hottest abbreviation, I’d been planning a visit to Dishoom. Not for the mouthwatering black daal or celery-tipped East India Gimlet that I can never resist, but to introduce my partner to the iconic bacon naan roll. But as restaurants were forced to close their doors, it seemed that this initiation wouldn’t be happening any time soon.

That all changed when the Bombay favourite announced the launch of Dishoom’s first-ever at-home cookery kit, complete with chai tea for that extra finesse. Arriving with eight strips of applewood-smoked bacon (mine had 9, result), three naan doughballs (one extra for practice), tomato chilli jam, cream cheese and fresh coriander, each kit feeds two. Though it was me who’d be doing the cooking.

Abandoned by my other half who was on a conference call, I prepped the kitchen for a little lunchtime action. Glancing over the instructions and following a step-by-step video, I was on a roll… or so I thought. Things started out alright; bacon strips were in the oven and the chai tea was brewing. 'I wouldn’t need the extra dough ball,' she said… but I was so wrong. Dishoom really know what they’re doing, with the foresight to include practice dough for novice breadmakers like me. So one butchered naan down, I was ready (and a little less cocky) to do the next lot justice. 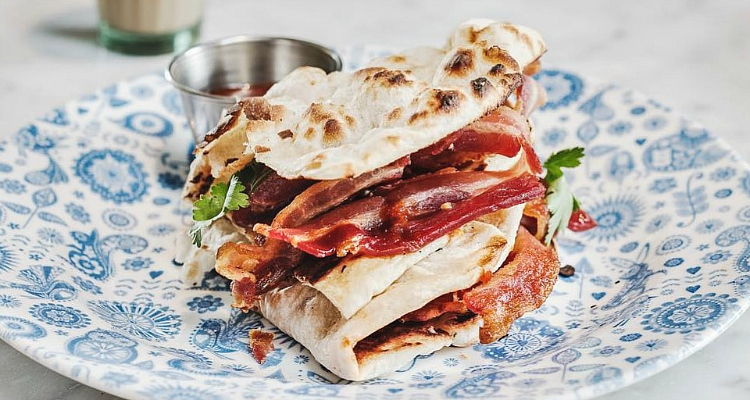 Adding a couple of fried eggs to my stacks of naan, streaky bacon, creamy cheese and the sharp, sweetened ketchup, brunch was looking somewhat decent. Topped off with the staple milky, spicy Masala Chai, it was almost like being back in the restaurant. Just with the charming atmosphere replaced with reality TV for background noise.

There’s a reason why, when asked about the places up first on our post-lockdown wishlists, almost half of our content and marketing team named Dishoom. The citywide restaurants are a firm mainstay, with the signature breakfast being one of London’s top dishes. Still not too sure about dining out in the current climate? This kit is one that's sure to elevate your at-home brunch.