Bringing my own bottle of spirit to a bar has never boded well for me. Usually it’s been decanted into a hip flask, drunk within the space of half an hour and resulted in security asking me to be on my (not so) merry way another half an hour later. BYOC Camden, however, is all for bringing your own booze, with a concept that involves carting along your favourite spirit from which the skilled bartenders create a series of cocktails over two hours. Here’s to an evening that doesn’t end in my hip-flask tears.

While it might seem that the bootlegger theme has been adopted everywhere from here to Timbuktu, BYOC was one of the first to recreate the Prohibition and is still one of the few to do it well. Tucked out of sight, the basement Camden venue brings to life illicit vibes with four stand-alone bars that each resemble a blackjack table, low hanging lights, and a retro floral wallpaper.

Around each bar, there’s space for about 10-15 drinkers, with a flat-capped bartender dedicated to each group. On a Saturday night, the place is packed with everyone from couples to hen dos and groups of friends. Giving the proximity of other drinkers, it’s worth making friends with your table - in our case, a trio of doctors and a couple. If you’re worried about chatting up strangers, don’t be; bartenders produce a constant stream of cocktails and shots, resulting in fast-made friendships and two hours whizzing by in a matter of seconds. 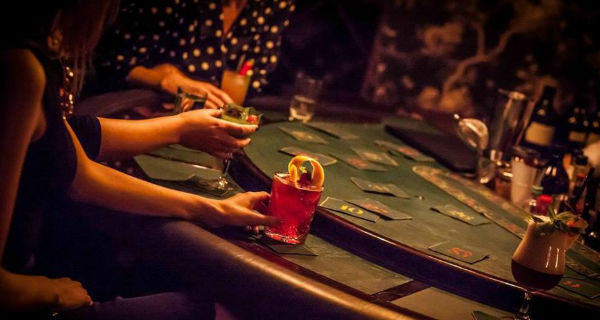 Designed as a 1920s Prohibition den, BYOC Camden brings the theme to life with blackjack tables and flat-cap-wearing bartenders.

As you bring your own bottle of spirit, there’s not a drinks list at BYOC, rather a flavour of what you’re feeling. Gin is my usual tipple of choice, though we had a selection that included rum and vodka. I opted for something short and sour to kick things off, and was given what remained my favourite drink of the night: a take on the gin sour with icy lemon and smooth egg white.

From sour, we jumped to a goblet of pina colada, on to a vanilla martini with a refreshing bite of cucumber, and over to group lycee shots; for a place that doesn’t stock booze, BYOC makes an amazing cocktail. Looking around us, everyone had something different demonstrating that mixology truly is a craft, rather than my attempts on sloshing rum and pineapple juice together. 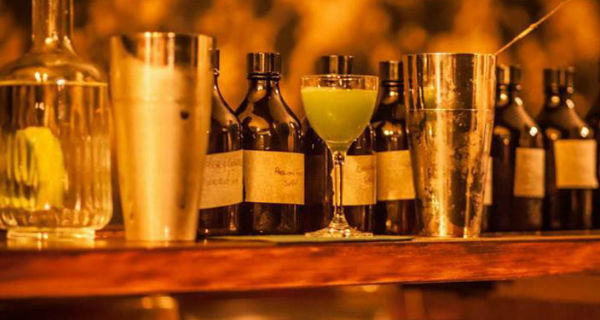 A seemingly simple premise is done to perfection as BYOC Camden's bartenders can knock up 100s of cocktails based on your preferences.

I was sceptical - and worried for my dignity - when BYOC Camden instructed us to bring a bottle of spirit, but for £30 a head this actually works out at great value. Over the course of two hours, bartenders knock up at least five cocktails, the atmosphere is fun and sociable, and you’re out of the door before you can cause too much trouble.