Leaders Of The Small Plate Revolution? Here’s What We Thought Of Rocket & Ruby

I've always quite fancied writing a children’s book with characters named after my two Labradoodles. I ain’t gonna reveal their names right here, right now because that would ruin any possibility of elbowing JK Rowling off her throne. But when I reserved my table at Rocket & Ruby and learnt that it was named after the owner’s pet pooches, it did make me smile.

This is someone on my wavelength – a thought which was further solidified after discovering that brunch is served well into the afternoon on Sundays. Rocket & Ruby comes from the brains behind some of the city’s most popular eateries (Salthouse Bacaro, Hanover Street Social, Salthouse Tapas) so – spoiler alert – I did have an inkling that I was going to love it. Although it is part of the Red & Blue Restaurants group, its unique identity as a neighbourhood café with trendy Parisian vibes makes it charming and special in its own merit. 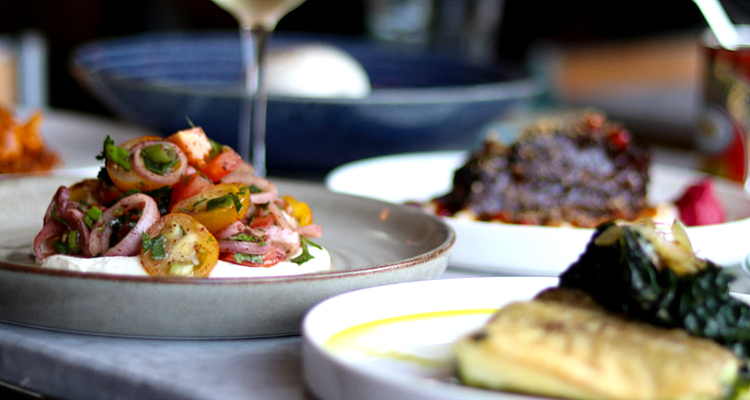 The modern venue - with its petrol blue and mustard signage - has been sitting pretty on the curve of Castle Street for almost a year now. During this time, I’ve seen and tasted menus come and go, each as exciting and a little more refined than the last, but all with a subtle Mediterranean flare; something which has been emphasised more than ever with the most recent edible editions.

Highlights from the small plates menu just have to be the crispy breaded chicken with harissa mac and cheese (£7.95), the flat iron steak (£8.95) served with chimichurri and shoestring fries, roasted cod (£6.95) and the green beans (£4.50) with shallots, harissa & salted ricotta. The fried chicken is crunchy and tender, the harissa has a punch of fiery attitude, the steak melts in the mouth and how anybody can make the humble green bean that moreish never fails to astound me. 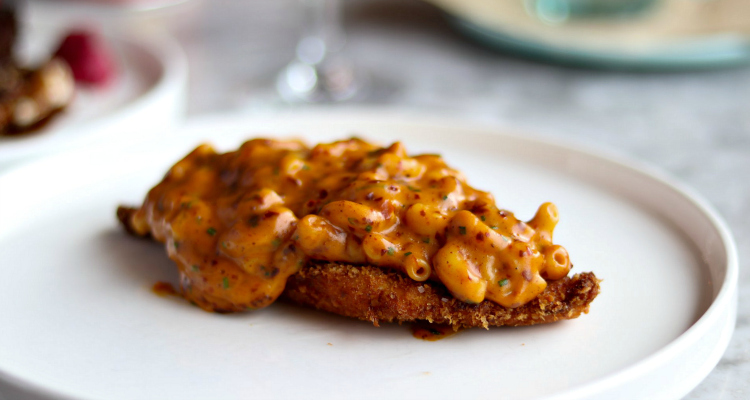 Taking classic, simple ingredients and elevating to something pretty spectacular with an intriguing combination of flavour and impressive plate presentation, these guys know how to smash small plate dining straight out of the park and into the stratosphere.

As if those superpowers weren’t enough, the team at Rocket & Ruby shake up an excellent cocktail. I have very fond memories of a White Chocolate and Violet (£7.50) number which combined vanilla vodka with violet liqueur, cream and milk for a sexy, sophisticated embodiment of the nostalgic Palma Violet. Sound like your worst nightmare? Have no fear because there's plenty more creative sips to choose from.

There really isn’t a bad word to be said about Rocket & Ruby. The food is fantastic, the drinks are ace and it’s situated in a prime location with plenty of post-dinner bars to choose from. If you’re looking for a chilled-out setting for a laidback dinner date that's more of an upmarket café feel than napkin-on-your-knee restaurant kind of vibe, this is it. For the kinda spot where your best bib ‘n’ tucker or party shoes won’t look out of place, look elsewhere.

Sky-High Sips: A Chic Rooftop Bar With Asian-Inspired Eats Is Arriving In Liverpool

Sky-High Sips: A Chic Rooftop Bar With Asian-Inspired Eats Is Arriving In Liverpool