Throwing It Back With Arcade Games And Retro Cocktails At NQ64

I’m a 90s kid through and through and I ain’t afraid to shout about it. My very first concert was the Spice Girls, I had about two hundred hair scrunchies and I was the proud owner of a Tamagotchi, which starved to death when my mum took decided to ‘look after' it. Teaming that with owning every single 5ive album, a pair of fluffy platform slippers and a Britney Spears doll which sang Lucky every time you pushed its belly button, I truly am a 90s b*tch. 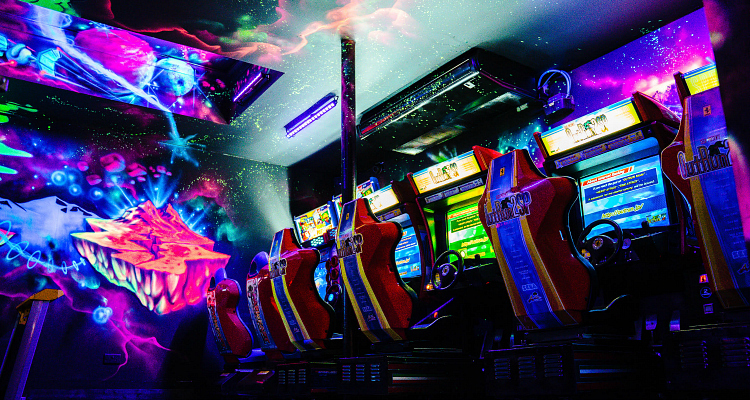 Get your game on at NQ64's latest outpost in Liverpool.

One thing I never really dabbled in, though, was the whole games console thing. I was too busy choreographing dance routines to Shania Twain to really notice the Nintendo phenomenon unfurling. My lack of involvement in the world of retro gaming has never done me any harm though… or at least, until NQ64 opened its doors in Liverpool a few weeks ago.

An underground drinking den and arcade bar, NQ64 is located in the former Aloha bar on Colquitt Street. Descend the clandestine metal staircase just off the cobbles and you'll find a dark space, illuminated only by UV graffitied walls and the techy glow of screens, machines and flashing lights. 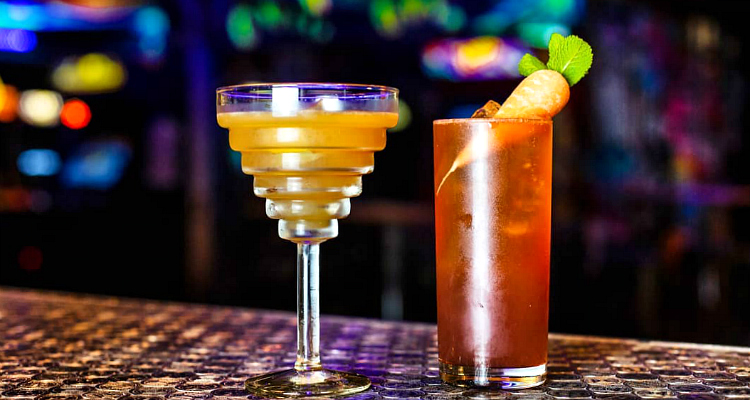 From the E.Tini to the Princess Peach, cocktails are a tasty affair.

We headed straight to the bar which was decorated with NQ64 games tokens – a nice touch. One of many nice touches, in fact; another being the themed cocktail menu designed like a comic book with a VHS box cover. This place is literally plastered wall-to-wall nostalgia and executed with finesse.

From the cocktail menu, we went for the Donkey Kong and a Pac’s a Punch. The first was a short, potent muddle of rum, banana, chocolate and pineapple; the second a fruitier little number laced with strawberry-infused gin and crowned with edible flowers. The nature of the place means you’d be forgiven for thinking the mixology might be nothing more than a novelty, but you’d be very wrong. 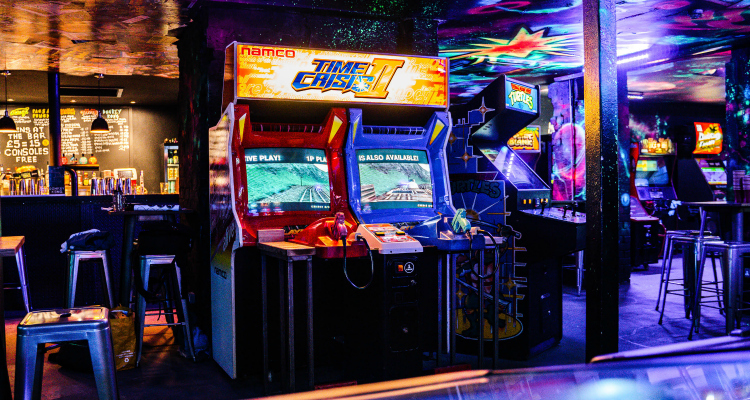 From arcade machines to Nintendo consoles, it's time to get your game on.

If cocktails aren’t your cup of tea, there are beers aplenty, as well as your usual suspect spirits on the bar; all sitting alongside red cups filled with games tokens which can be purchased in a range of denominations. We slotted ours into arcade versions of Guitar Hero, Pacman, Mario Kart and Dance Dance Revolution. For the cooler kids, there's also N64, Megadrive and SNES with a range of old school titles to get lost in.

I may have managed to reach my late twenties without feeling the effects of being a game nerd in the 90s, but now that NQ64 is in town, the damage is being done... Damage to my bank balance and damage to my dignity as I can see I’m going to be spending a great deal of time here, sipping Donkey Kong cocktails and getting my butt handed to me by those who got in plenty of practice back in the day. It might be old news in Manchester but NQ64 is a very welcome addition to the Liverpool bar scene.

BOXPARK Liverpool To Launch At Cains Brewery Village This Year

BOXPARK Liverpool To Launch At Cains Brewery Village This Year