I’m of an age now where going out for a few drinks with friends on a Saturday night needs to offer me more than chugging prosecco from a plastic bottle on the last bus over to town, with a stinkin’ Smirnoff Ice hangover and sit-down-shower the day after. I’m done with sticky dance floors, cheap spirits mixed with Red Bull and not eating between the hours of 9pm and 3am. These days, I’m all about unforgettable hospitality experiences, drinks menus which tell stories and bar food which wouldn’t look out of place in a gastronomy column in The Guardian.

Located in Liverpool's city centre, Aether (which opened late last year) has all of the above in abundance. So, without any further ado, allow me to introduce my brand new obsession… 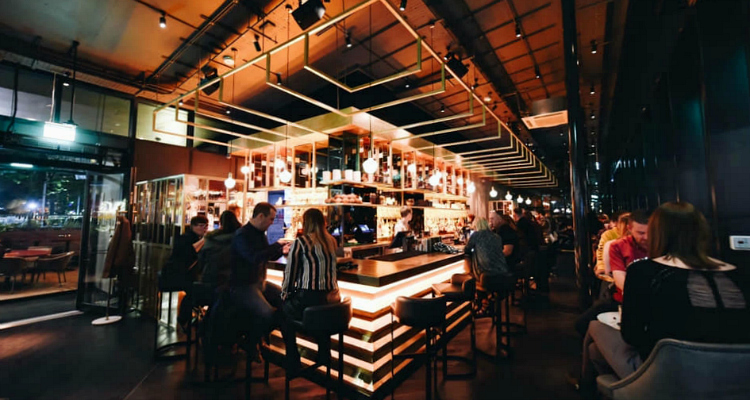 Chilled out and sexy all in one, Aether is a must-see.

Aether is the sister site to well-established cocktail bar and eatery, The Alchemist. If you know Liverpool: it’s in that weird looking, angular black building where Tavern on the Green used to be. If you’re not familiar with the city: it’s in the ideal location, both a stone’s throw from the Liverpool ONE shopping hub and beautiful Royal Albert Dock.

It’s a super intimate affair in both square-footage and ambience; laidback lounge music played in the background as we sat back in our cerise velvet booth and admired the lustre of gold interior accents and jungle of en vogue botany. Aether has certainly inherited street cred from its older sibling, that’s for sure.

Now before I get into the menu, let me explain Aether's latest collaboration. The bar has teamed up with Asian dim sum and street food vendor Yu Donut. Rising to fame in the Baltic Market, they’ve now taken up residence in the Aether bar and seems like they’ll be getting comfortable there for the foreseeable future. I, for one, am pleased as punch about it and I already know I’m not alone. 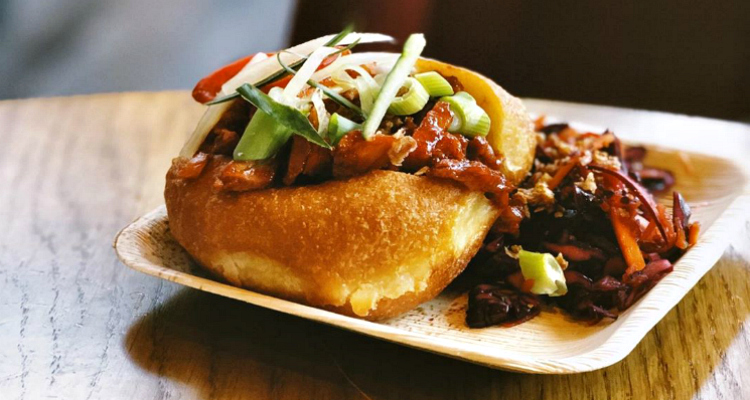 Not your average dim sum, Yu Donut are cooking up mouthwatering Asian bites.

The menu is small but my lord, is it mighty. There wasn’t much of it that we didn’t sample and everything we ate was absolutely delicious, with a few standout dishes in particular. First up is the Cantonese noodles (£7.50) with veg and char sui seitan; utterly bursting with flavour and a seriously impressive meat-free alternative to traditional char sui pork.

Then there were the fresh savoury donuts (£6.50) stuffed generously with a flavoursome filling and served with a crunchy Asian-style slaw. I’ve never had the pleasure of eating a savoury one before but after this experience, there's no going back. We had the sticky Peking duck and the hot and spicy beef with plum and ginger. Oh my, what a taste and texture sensation. Stodgy and indulgent but not one to be missed. 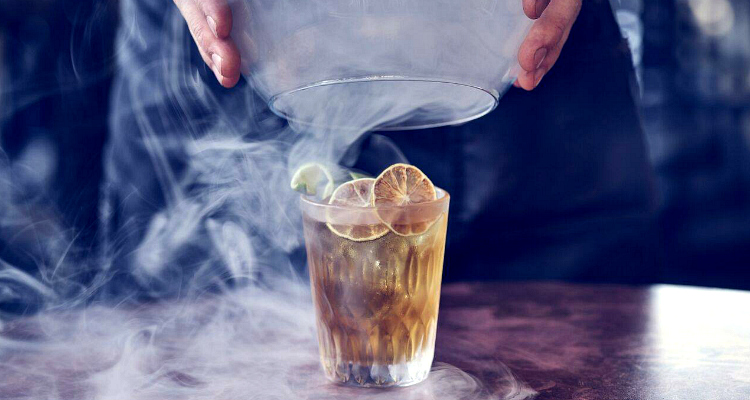 Signature cocktails draw inspiration from the elements; with sections split into earth, water, fire and air.

The Aether cocktail list has got quite the extraordinary edge over your average bar menu too. To dissect it all now would spoil the surprise but if you’re into multi-sensory mixology like yours truly, then I highly recommend a dill-infused Whale Watcher (£8.50) which comes complete with your own pair of ‘whale watching’ glasses. If you prefer something more understated, go for a pretty Pink Fizz (£10) laced with rose-flavoured Lanique and pink grapefruit, then finished with an edible flower garnish.

Okay, so it might cost you a bit more than a round of Jagerbombs and some cheesy chips with gravy and garlic mayo (don’t judge) but cross my heart and hope to die, Aether will not disappoint. It’s a cosy, chilled, intimate kind of vibe, which is perfect for mate dates, first dates, double dates, solo dates or even treating your ‘rents to something a bit different. If I were you, I’d be finding literally any excuse to head down for a Peking duck donut and a couple of Whale Watchers.