Should you have decided to spend a weekend in Liverpool of late, you’d be forgiven for thinking you might have found yourself in a jippy time machine that can’t quite choose between past and future. I say that with complete and utter joy and admiration for the city’s current limbo state. In fact, one of the most wonderful things about the city’s burgeoning food and drink scene right now is how brands are coming together to marry tradition and innovation. This exciting synthesis of respect for Liverpool’s rich history and contemporary concepts of eating and drinking is particularly rife in the Baltic Triangle - a hot bed of independent business, creativity and one of the coolest places to be right now. New on the block is taproom and bottle shop, Craft Minded and I’ve got the 411.

Craft Minded is fresh and new but runs its entire operation on a nostalgic nod to Liverpool’s iconic brewing legacy. Situated in one of the old Cain’s Brewery buildings on Stanhope Street, the taproom has an industrial but almost futuristic vibe that feels both old and new. The minimal Scandi decor is going to go down a storm on Instagram, but exposed brickwork, original piping and visible steel structure pays homage to where it all began. Right opposite a Peaky Blinders themed pub, adjacent to an independent food market and just around the corner from a renovated watchman’s hut-cum-bar, these guys are in pretty good company on their mission to revolutionise the Liverpool nightlife.

“Everything we do is experience led,” explained the main gaffer, Gareth, as he mixed me a Tom Dakin gin and tonic. “It’s all about personal touches,” he continued as he poured my drinking partner a Mad Hatter Fat Stout. That I could easily believe as we were handed a couple of blankets to warm our cockles in the converted warehouse-style watering hole. We listened to the former fish ’n’ chip shop owner as he regaled us with the charming Craft Minded story. 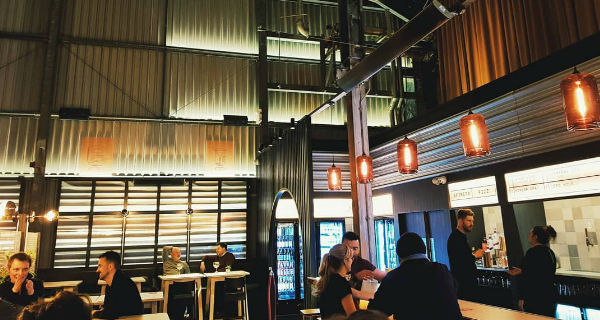 Craft Minded by name and craft-minded by nature, this is where beer comes first and foremost. This is where sicker-than-your-average beverages are celebrated and served by bar tenders who know their stuff like the back of their hardworking hands. Here, the emphasis is very much on the drinking but not in a tacky BOGOF Vodbull kind of way - rather with a sense of style and sophistication that sets it apart from the rest. Expect a modest offering of health-conscious small plates designed to complement a huge repertoire of craft beers, which are, and always will be, the star of this show.

From the Craft Minded drinks menu you can expect lager, pale ale, IPA, porters and locally-sourced spirits (marshmallow infused gin, no less) just to name a few. I’m talking floor to ceiling fridges full of bottled beer and a row of beer on tap (quite literally) behind the bar - a refreshing alternative to your typical pumps. The beers will change with the seasons - think dark ales in the winter and blonde beers in the summer - as will the carefully curated list of bar bites, all cooked with a health-savvy, gut-friendly finger-food sort of attitude.

Of course, while I was there I just had to see the concept in action and see just how expertly these guys could pair a small plate with a craft beer and I’ve got to say, they came up trumps. For round one, we sampled a dark stout with a nutty, roasted flavour (Guinness without the hangover gasses I’m told), which was complemented by a plate of chargrilled asparagus wrapped in carpaccio beef and drizzled in truffle sauce. The second was a sun-dried tomato and ricotta crostini which went down perfectly in the shadow of a smoked porter with an almost charred, barbecue palette. A third and final round brought us a 7% citrus IPA, light in colour but rich in hops and this was paired with a salmon taco complete with Asian slaw, red chilli, lime and Harissa guacamole. The perfect combo, no? 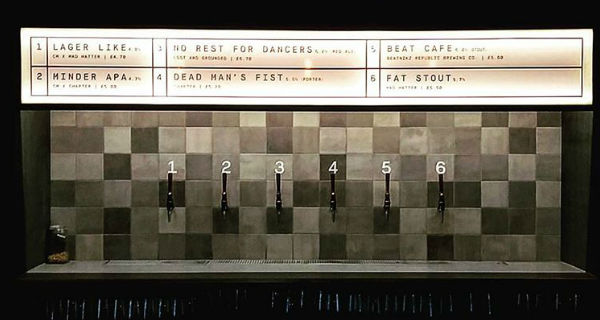 The bar specialises in carefully selected craft beers and a range of paired small plates.

I can’t claim that the edible offering is the strongest at Craft Minded but then isn’t that the whole premise on which the place is built? If you’re looking to fill up on something substantial, hearty or worthy of a Michelin star, you’ll need to go back to the drawing board. However, if you love your craft beers, want to have a laugh with bar staff who know what they’re talking about, or are looking for a light bite to complement a locally distilled G&T, you’ll be perfectly happy here.