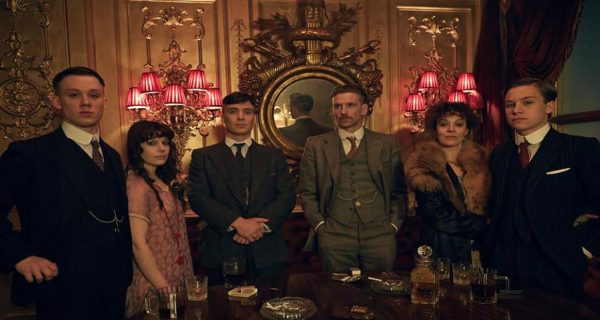 A Peaky Blinders themed speakeasy has opened in a secret basement pub in Birmingham.

Sexy, sultry and all sorts of secret, a new speakeasy inspired by Peaky Blinders is as mysterious as lead character Tommy Shelby. The Peaky Speakeasy has opened in a previously abandoned pub in Dale End and will bring to life the 1920s. The first task is finding this fun spot, which is part of The Peaky Blinder Pub - a bar which opened in 2014 in homage to the BBC hit show. Head downstairs, push open the bookcase and descend into a world of gangster-inspired Birmingham with staff wearing the iconic caps, music from the era and the original stain glass windows kept from its previous life as Hole in the Wall.

It's not just the staff who are encouraged to dress up; customers can also don a cap and appear on The Peaky Blinder hall of fame. As well as the usual selection of beer and wine, the bar also serves their tribute to the show in cocktail form; the Peaky Blinder cocktail is muddled with whisky and blackcurrant. Open from 7pm each evening, the bar is located on Corporation Street - and by order of the Peaky Blinders, you should check it out.

The Peaky Speakeasy is open at 115 Corporation St, Birmingham B4 7LS, every evening from 7pm.