Let's be real; no one quite knows how to capture an overhead iPhone photo quite like a food blogger. From swish interiors to kooky cocktails and delicately-crafted dishes, these folks really know how to keep their fingers on the pulse when it comes to Brum's gorgeous dining scene. So before you scroll down your social media feeds in a rapid fashion, take a pause, and check out these Birmingham food influencers you need to be following.

Originally from Rugby in Warwickshire, Eat With Ellen is a food blogger on a mission to find the most fabulous UK restaurants, specifically in the West Midlands area. Fronting an aesthetically-pleasing Insta feed with Brummie eateries and bars, she shares her thoughts about hotspots such as Luna Springs and Vagabond Wines. In addition, she’s not shy about sharing her at-home meals, which are sometimes inspired by the places she’s visited. 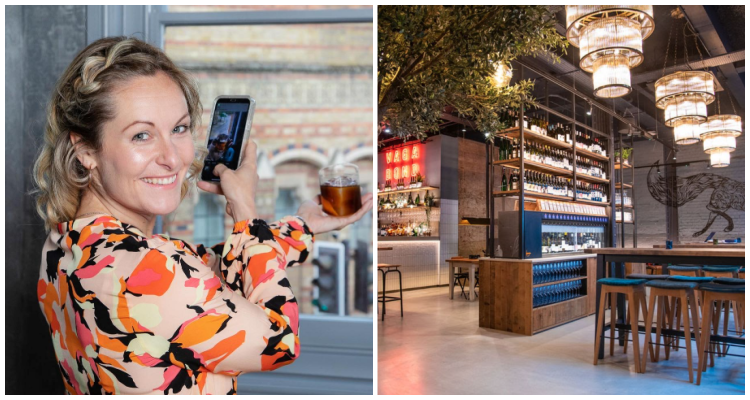 Eat With Ellen has a growing audience of over 7000 Instagram followers.

While she’s the social media manager for Bab Social, Bab About Town also manages to kill it on her foodie account with a wonderous 21.6k Instagram followers. Not only does she give the lowdown on hidden gems in Birmingham such as 670 Grams in The Custard Factory and the city centre's Jukeboxers Duelling Piano Bar, but she has all the latest on new openings. Not to mention her killer reels – The Pineapple Club video is especially beaut. 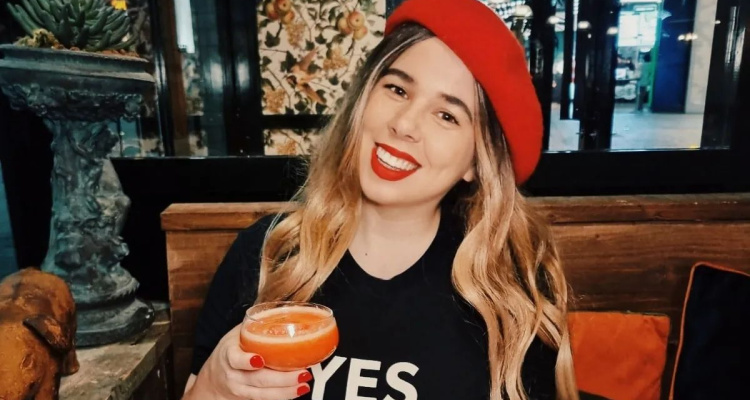 It's Bab about time this food influencer gets some more kudos for her content.

For Birmingham influencers, Adam Hayes is a top-notch shout for foodies. With 16.1k followers under his belt, the hospitality and sales professional often posts his latest restaurant ventures with up-close shots of his fare. Head to his Insta page, and you’ll get to gawk at crispy duck rolls from Sabai Sabai, tapas at The Alchemist and The Oyster Club's fine dining. 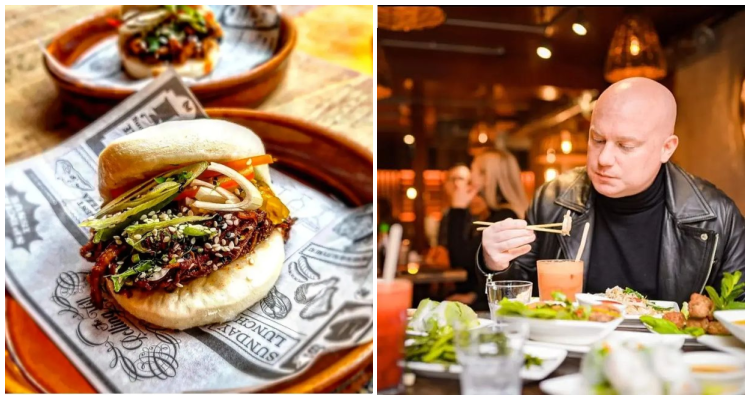 While we're not exactly sure who the genius is behind the camera, our list wouldn't be complete without one of the top influencers in Birmingham. Boasting a whopping 37.8k followers, Halal Food in Birmingham is known for showcasing some of the best halal eats, including the likes of Comptoir Libanais in Grand Central through to Lower Temple Street's burger joint, Archies. 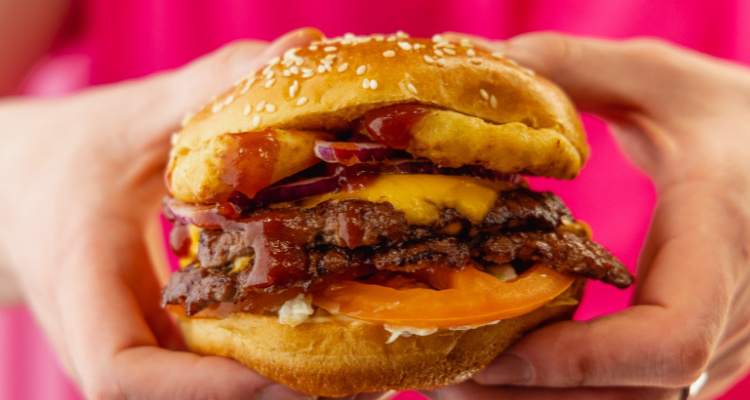 If you’re on the hunt for vegan and vegetarian food around Brum, you’ve got to follow Tofu Tasha. She’s reviewing all the plant-based eats around - think vegan nuggets at Burger King, aubergine-covered pizzas from The Stable, and Tiger Bites Pig’s bao buns. You can also head to her TikTok for more foodie adventures around the UK. 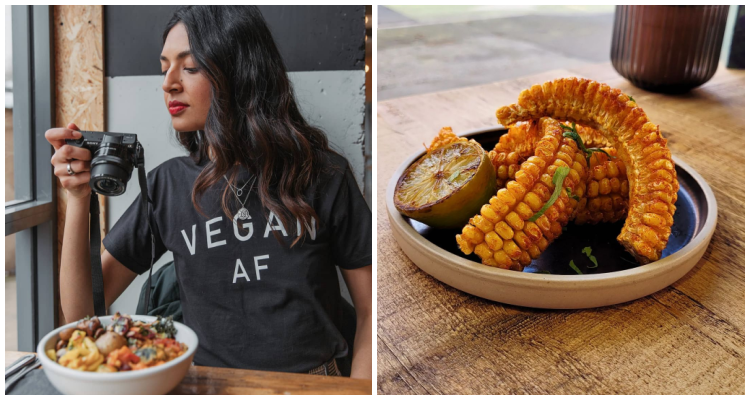 While her content might not be purely food-related, Galina Thomas is one of the best Birmingham lifestyle bloggers. Not only will you want to steal her wardrobe filled with whimsical dresses and cute heels, but you’ll be envious of her dining adventures in Brum and London. She’s also the founder behind birmingham_eats, an Insta account dedicated to restaurants, afternoon teas and beyond so you can head to stunning places like The Ivy. 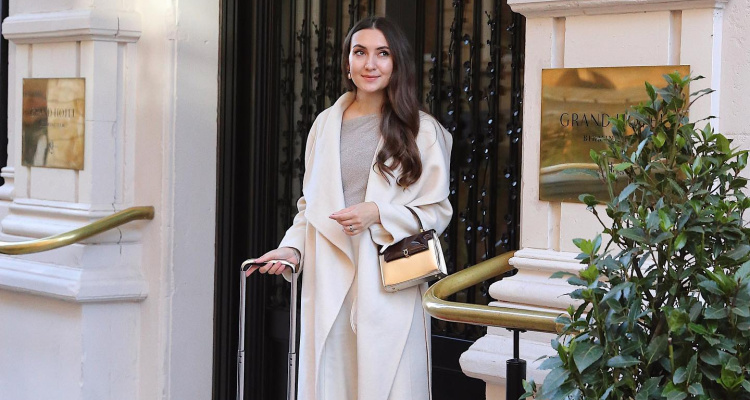 Galina is your influencer if you're after restaurants in Birmingham with Instaworthy interiors.

Winner of the Midland Food Drink and Hospitality Awards in 2019 for the best food blog, Bite Your Brum labels herself as ‘forever walking B postcodes’. That’s great news for fellow Brummies. In the past, the foodie fanatic has teamed up with well-known namesakes such as Gaucho and Mama Roux. It also helps that she’s got an eclectic taste pallet ranging from hot pot to street eats and traditional tacos. 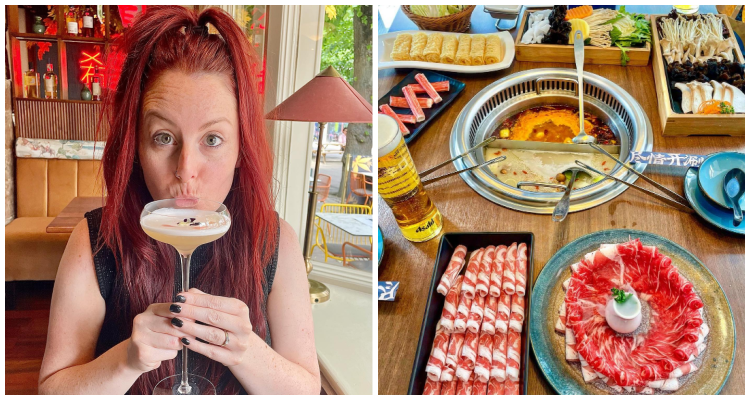 This Birmingham gal knows the hotspots for hot pot.

What we adore about International Food Queen is that she documents all her food experiences in places like Dubai and London for aspiring jet-setters who follow her, but she also manages to capture a slice of home through her Birmingham content. We love the video behind her adventure at The Big Bake and equally couldn’t stop staring at the images she included from 8 Birmingham and The Lost and Found. 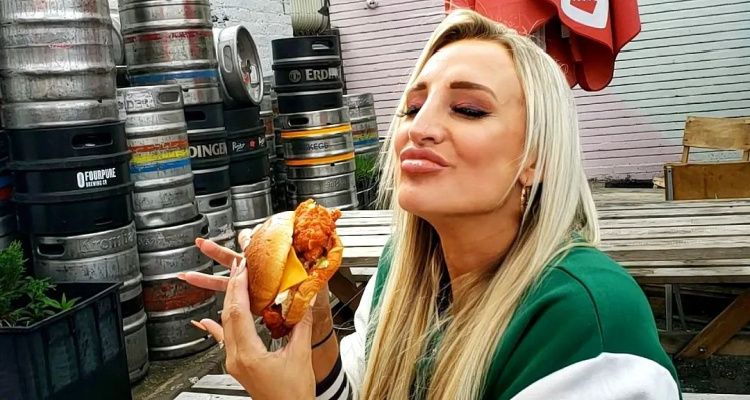 This food influencer in Birmingham knows her stuff when it comes to bars and restaurants.

A Yorkshire native, Birmingham Food Bible might not have the same amount of followers as the rest of our list, but we’d argue she’s one of the most up-and-coming influencers in Brum. Along with creative Insta stories and tasty food fronting her feed, she shares her genuine thoughts on the dining scene. One recommendation? Sky By The Water, where she made her sips look extra snap-worthy. 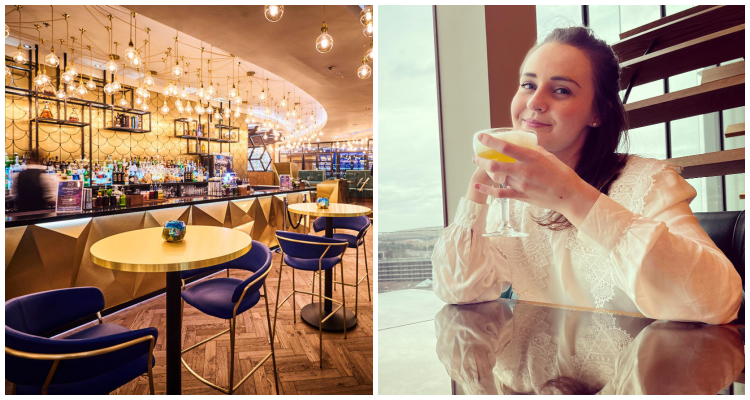 This gal showcases interiors, cocktails and food in a pretty aesthetic.

Boasting show-stopping reels of The Coconut Tree and new sushi menus at Oko, Brum Food Diaries is a great shout for those who want to tantalise their tastebuds. You can head to her highlights for recommendations on the best-of-the-best when it comes to Brum’s dining and drinking destinations. Some of her top picks for beer gardens? The Old Crown, The Distillery and The Canal House. We love a girl who can do a roundup. 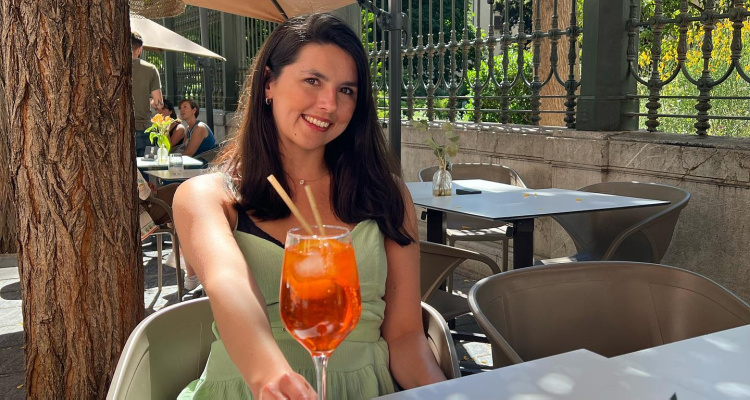 This trailblazer has over 14,000 followers and is one of the best Birmingham Instagram influencers.

Fancy somewhere picture-perfect now? Check out the most stunning bars in Birmingham here. You can also keep up to date with the latest news by signing up to our newsletter.