On Friday night I found myself immersed in one of the most charmingly cliché situations ever. I was sat on one side of a table for two, across from my dad while he explained the rules of golf to me as I looked on with the blank expression of the archetypal daughter who couldn’t care less about sport. Why the lesson in golfing lingo, you might ask and I would answer: in honour of Albatross & Arnold – one of Manchester’s hottest new fine dining eateries.

Courtesy of my Pops’ pearls of wisdom, I learnt that an albatross means 3 under par and that Arnold Palmer was one of the world’s most celebrated golfers. My surroundings started to make more sense then, after preliminarily pondering why MasterChef semi-finalist, Jon Green would open up a restaurant attached to a virtual reality golf range.

Don’t confuse this for somewhere that is going to attract beer-guzzling Neanderthals though. The Range offers a premium experience of VR golf (with the price tag to match) and an upmarket dining experience – Albatross & Arnold (which is suprisingly reasonable) - under one stylish, bijou roof. 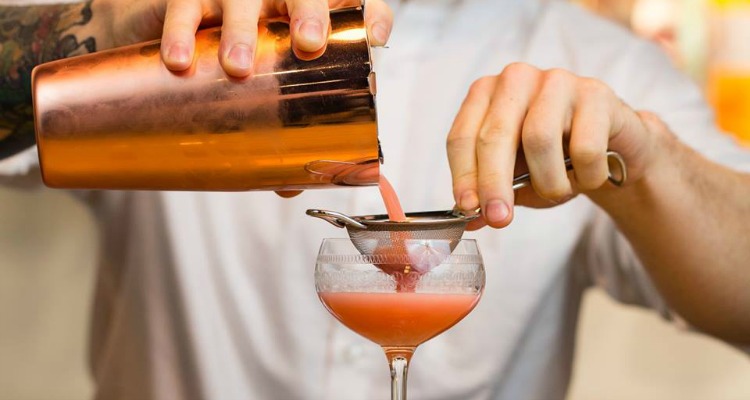 Albatross & Arnold is one of Manchester's most buzzed about new openings.

With Green at the helm it was always going to be good but I wasn’t prepared to have my socks knocked off quite so zealously. The menu is concise, clearly curated by those who want to offer a unique dining experience and evolves regularly. You could count on one hand the number of small plates to choose from in each course but after tasting a vast majority, it’s clear to see why.

These aren’t mass-produced crowd-pleasers. These are the kind of plates that have been finessed by an expert hand, with flavour combinations that come from an imagination that most could only dream of. Our highlights from the menu were the Cauliflower (£9) complete with cauliflower custard in a crispy potato skin, the stunning Confit Lamb Shoulder (£18), the 42-day Dry Aged Beef Tartare (£10) and a heavenly fillet of Hake (£22) served with blackcurrant, fennel and cucumber ash.

Our champions of the cocktail list were the Cherry & Lemon Meringue (£8) which was a muddle of Absolut Vanilla, Limoncello and Luxardo Sangue Morlocco that came complete with a blow-torched meringue halo, and the Smoked Banana Daiquiri - an old classic translated into a luxurious short with a warm toasty flavour. Our waiters were flawless in providing information about both beverages and edibles and were an instrumental part of our fabulous Albatross & Arnold experience. 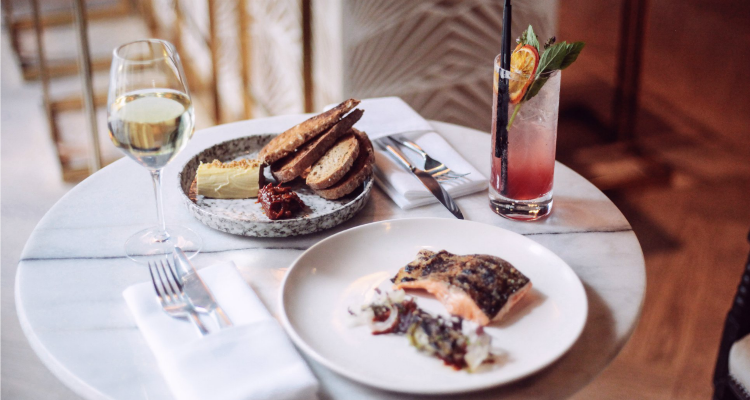 Situated in the blossoming metropolis of Spinningfields, the restaurant is the sort of place that is going to make some serious waves on the city’s food and drink scene. It’s sophisticated but cool – embodied perfectly by the wait staff donning beat-up skate shoes with bow ties and crisp white shirts simultaneously. The food is of an outstanding calibre that has got an entire city going crazy for cauliflower and if that’s not a glowing testament to Albatross & Arnold then I don’t know what is.