From Dance Hall to Dishoom: A Taste of Mumbai in Manchester City Centre

Already celebrated as the Best Place to Eat in the UK twice and growing quite the cult following across the country, Dishoom is a stellar addition to the Manchester food and drink scene. The first restaurant opened in Covent Garden way back in 2010 but it’s nice to finally have one Up North. I'm not the only one who appreciates the new addition, with queues forming outside this 20th Century style Irani cafe since it opened; but is the wait worth it? I got in line to find out whether the beguiling Dishoom charm is all it's cracked up to be. 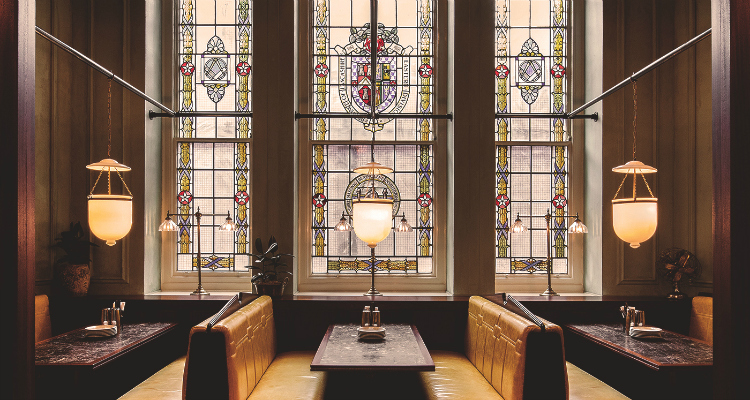 Set in an old Freemason's Hall, the spot blends modernity with history.

Dishoom Manchester has taken residence in the old Manchester Freemason’s Hall which lends a cosy and sophisticated grandeur. Dark furniture, a towering stained glass window and an intimate dim-lit ambience are comforting. This is the kind of place you could hideaway for hours and swap between dining hall and bar as the late evening closed in.

The Dishoom menu surely needs no introduction so I won’t bore you with yet another account of the beautifully buttery black dahl or the rich and indulgent chicken ruby murray... You’ve heard it all before. I do however want to wax lyrical about the Manchester Chef’s Special which, as the name suggests, is exclusive only to this city.

Our waitress recommended that all Dishoom dishes are made for sharing – even the small plates – but this was certainly the case for the Nalli Nihari Biriyani. To completely bastardise the plate’s authentic eloquence for the sake of being descriptive, the Manchester special is a lot like a cross between a tender lamb shank roast, a fragrant biryani and a flaky meat pie. 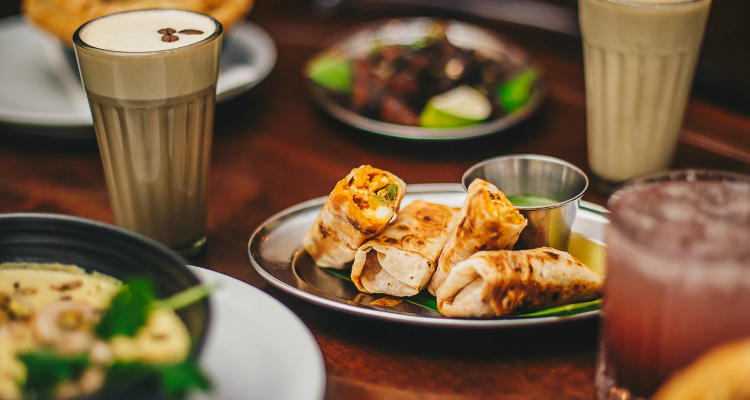 From breakfast naans through to traditional curries, Dishoom has got a vibrant Indian menu.

You break the pastry roof with the steaming lamb bone, mix the meat into the rice and pour over the rich nihari gravy and dunk the chicken liver raita if you dare. I didn’t dare but the dish was still an absolute flavour sensation, even after the inferno that was blazing on my tongue after our Chilli Chicken starter (£5.90).

Drinks and desserts were equally enchanting. The Permit Room bar comes with an interesting backstory about Bombay Prohibition and serves up a range of bespoke cocktails and ‘dry’ drinks too. For dessert I went for a traditional Malai Kulfi (£3.70) which again, to bastardise the dish, was like a giant Mini Milk flavoured with sticky caramel. The perfect finale after a fiery feast. 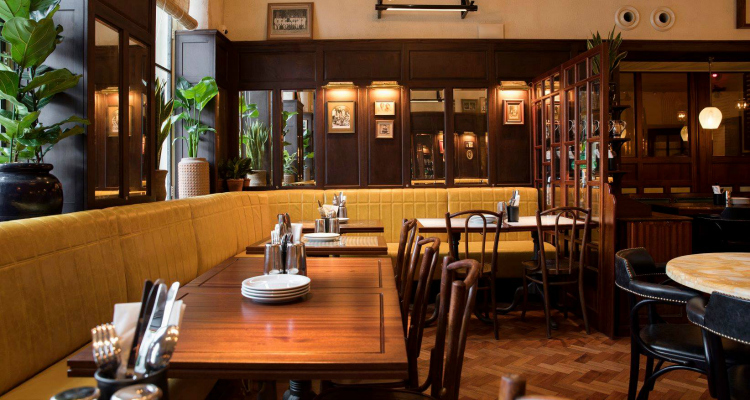 Black and white photos and pops of colours bring a taste of Mumbai to Manchester.

As a girl who loves a good brand narrative, gets her kicks out of trying new restaurants and could definitely live off Indian fare for life, Dishoom is right up my street. So far up my street in fact that I could set up a bed in one of the dining rooms and make it my ‘forever home’. There’s not a lot left to say here other than get a date in your diary for Dishoom, pronto - and make sure you Sharpie it in, don’t bother with a pencil.