Say what you want about Manchester because well, I don’t think it’s particularly bothered. It’s too busy celebrating itself; its history, its people, its rich cultural landscape and its defiance in the face of struggle. This is reflected in a million and one facets of the city – from its music scene to its property development – but one of the places it really does shine through is in its food and drink scene.

Don’t get me wrong, Manchester’s culinary offering is multicultural in every sense of the word but there is also an unwavering loyalty to its regional delicacies and its gastronomic legacy. The brand new Mamucium restaurant on Todd Street isn’t about to break that mould… 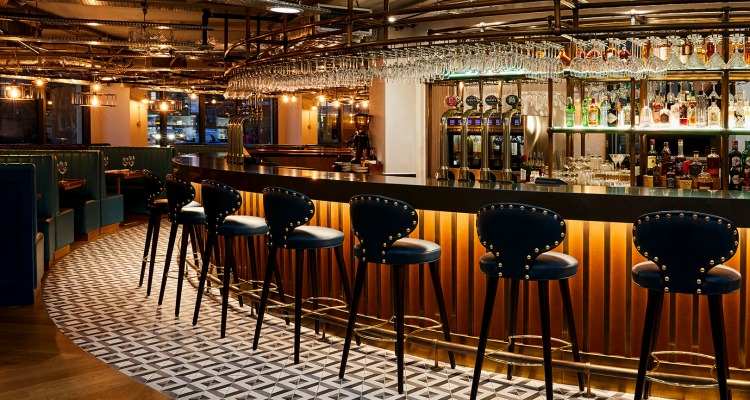 A stylish take on Manchester's history, Mamucium is housed in a Grade-II listed space.

The restaurant itself resides as part of the boutique Hotel Indigo in a Grade-II listed building that has otherwise been derelict. The arc-shaped eatery is ornate in a truly modern way; attention to detail second to none with a subtle homage to the city’s industrial past with exposed pipework and a swanky quartz and brass bar.

As for the atmosphere, I was left wanting a little more. We went at 6.30pm on a Tuesday night in mid-January so maybe I’m not being very fair here but it was just missing that buzz… that cacophony of conversation and clinking glasses that brings a restaurant to life.

We feasted on everything from locally-baked artisan bread with Derby Hill Farm butter (£3.95) to Himalayan salt aged Cheshire beef fillet with ox cheek suet pudding (£29) from the casual-but-refined menu. Highlights, however, had to be the tender Goosnargh chicken with Bluestack Blue dauphinoise, wild mushroom and white wine sauce (£18.50), as well as the pan seared scallops (£10.50) with crunchy chorizo crumb and Romanesco broccoli. 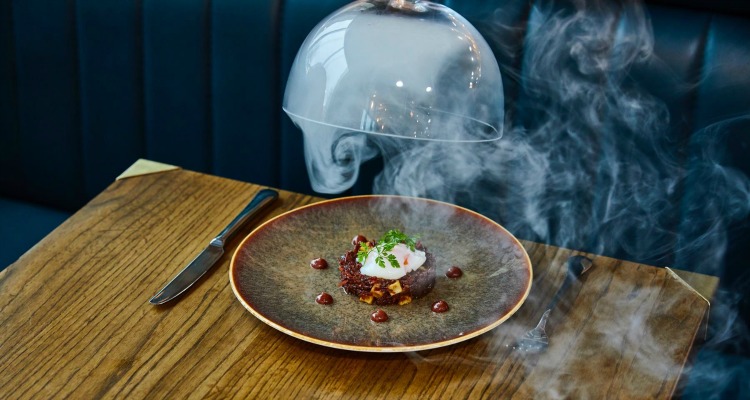 Depth and combination of flavour in the dishes were superb, complemented by an expert clash of textures - all vital components of a knockout plate in my opinion. This is seriously good food which executes the optimum ratio of satisfaction and sophistication.

Although I was absolutely stuffed to the brim, I couldn’t not sample the Bread & Peanut Butter Pudding (£7.50) I had ogled on Instagram. It was a whacking great portion with layers of PB sandwiched between warm, gooey bread, offset nicely with a snowball of honeycomb ice cream. Definitely one for two spoons and your eating pants!

A nice touch was the Manchester bee paper straws which came in my Pankhurst’s Revolution cocktail (£10.50) of Vimto, prosecco and cherry bakewell liquor fresh from Manchester distillery Zymurgorium. They have been designed by local catering company, H.G. Stephensons and only supplied to bars and restaurants who take the #PlasticFreeGM pledge.

If you’re after a quiet little nook which serves quality British fare with a Northern flare and unusual cocktails then you’ll absolutely love it here. If a party vibe and a modest budget are your prerequisite requirements, I’d suggest reserving a table elsewhere.