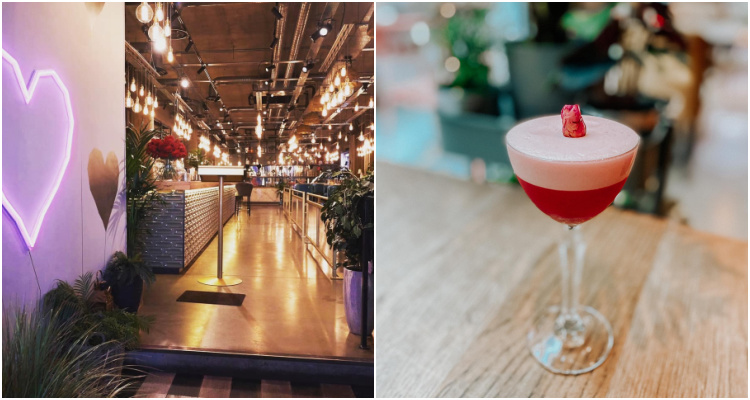 The Refinery in Spinningfields is the latest location of the award-winning Channel 4 show.

Arriving just in time to save you from the January blues, First Dates has returned to our screens, and eagle-eyed Mancunians might just recognise the backdrop.

The sixteenth season of the hit Channel 4 show sees it (very wisely) relocating up north, and establishing a new HQ in Manchester city centre restaurant, The Refinery. Already a popular choice for date nights - first or otherwise - the bustling Spinningfields venue has been given a little glow-up for the occasion, with some heart-shaped art appearing at the host stand for those all-important greetings from Fred.

The series, which was filmed back in September, will welcome in a new cohort of fresh-faced singletons looking for love and we, for one, cannot wait to see them making uncomfortable jokes between mouthfuls of tasty international cuisine. On top of that, cocktail extraordinaire Merlin will be back doing his thing behind the bar - but will he be tackling any of The Refinery's signature sips?

You can catch First Dates every Tuesday at 10pm on Channel 4. And you can find The Refinery in the XYZ Building, 2 Hardman Boulevard, M3 3AQ.