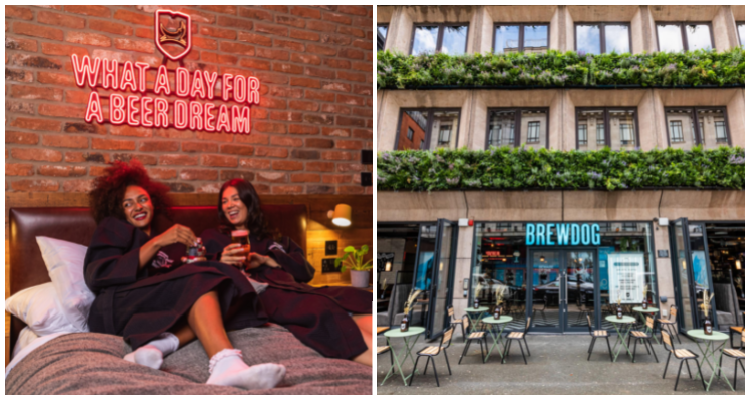 An unbeerlievable place to spend the night.

Long known as the purveyors of some of the very best craft beer in the biz, BrewDog have now set their sights on an altogether more snoozy offering, launching their very own beer-themed hotel, slap bang in the middle of Manchester.

The third BrewDog Kennel to open, following on from an outpost in Aberdeen and a second over the pond in the USA, this new spot will be a haven for lovers of all things hoppy. Taking over an unused three-storey building on Fountain Street, DogHouse Hotel will feature 25 beer-themed bedrooms along with a rooftop bar complete with fire pits and BBQs.

Following the same retro vibes of their bars, the rooms will come complete with their very own IPA taps, a beer library, and a fully stocked minibar... in the shower. And for when you’ve emptied that? There’ll be a room-service menu full of all your favourite sips, and a selection of American style dishes too.

But what would a kennel be without a few four-legged friends? Staying true to their name, BrewDog will allow guests to bring their doggy companions along for the ride, with plenty of treats and comfy beds on offer.