I’ve never been much of a ‘ride’ person. In fact, I hate them. So, if like me, you’d rather run a 10k over hot coals than go on anything that gets any more exhilarating than the bumper cars, buckle up because we’re about to go on one helluva rollercoaster ride. With the same zealousness that I hate fairground rides, I absolutely love New York City. So when I went to check out Manchester’s new NYC-inspired venue, BLVD, I was as giddy as a kipper. 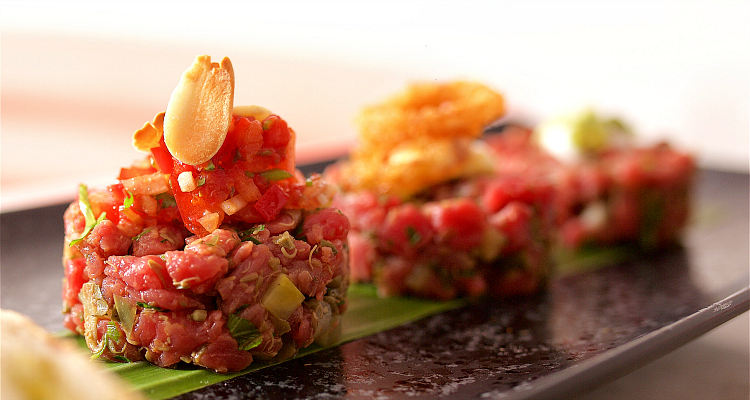 Settling into our luxe surroundings, we were holed up in a velvet upholstered booth, with clashing emerald green and Laura Ashley-style florals. Our host swept in to explain how the menu takes its influence from the multicultural spectrum of the famous Meat Packing District; tacos from Mexico, a raw bar from Asia and Westernised influences in burgers, steaks and chicken. Cocktails followed suit, with the Chelsea Market (£9) blending rhubarb gin, raspberry liqueur and prosecco. 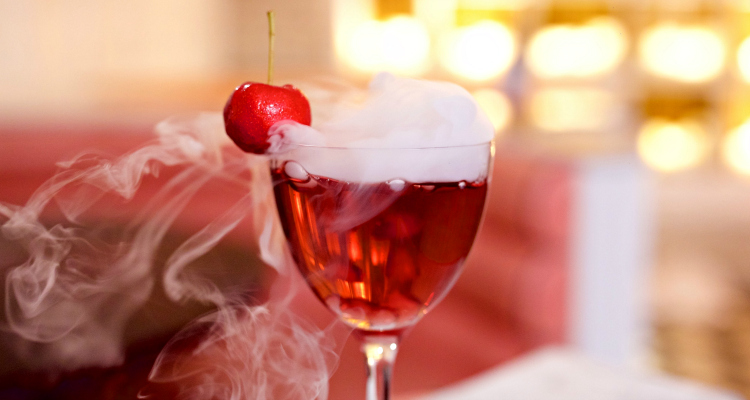 Cocktails are served with finesse at BLVD.

At this point, we’re climbing to the top of the rollercoaster and things were looking good. Proceedings continued to peak as we tucked into a stunning warm Ogura loaf (£4.50) laced with green tea and slathered in honey butter, alongside a bowl of perfectly seasoned and well-blistered shishito peppers (£4). However, starters - the chicken bang tang (£7) and tuna tartar (£9) - which both looked beautiful, weren't so flavourful.

Brace yourself, though, because we’re going in for another loop-the-loop! Main courses brought a truly delicious miso-marinated black cod with ginger soubise and crispy quinoa (£24), and a well-cooked fillet of grilled seabass with Tomyum broth, buckwheat noodles and Asian greens (£18). Both fish were expertly prepped (not a rogue bone in sight), bursting with fresh flavour and presented with undeniable finesse. 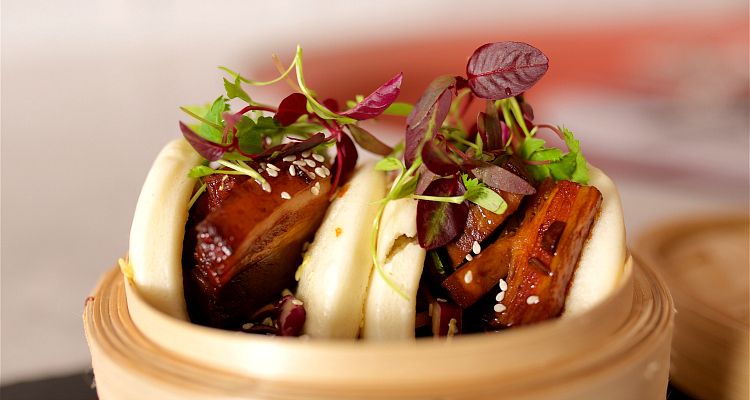 From small plates to the raw bar, BLVD has a varied dining menu.

For dessert, we went for the peanut chocolate brownie skillet with vanilla ice cream and marshmallow campfire; a nod towards the all-American fireside treat, s’mores. It’s hard to go wrong with marshmallow and meringue but once the flame had gone out on the pot of gloopy stuff in the middle, the only flavour left was of flambéed alcohol fumes. Great concept but the execution could do with some work.

BLVD has got that same kind of technicolour glamour that you often find in Spinningfields, with an accessible balance between laidback and boujee. Cocktails are great, service is exceptional and the vibe is electric... even at 6pm on a Wednesday night.

Slurp Noodles And Sup Broth With The Best Ramen In Manchester

Slurp Noodles And Sup Broth With The Best Ramen In Manchester