Having heard many a tale of ginormous pizza slices, hilarious staff and technicolour décor at Crazy Pedro’s, we jumped at the chance of visiting the Bridge Street dive bar. It's from the same masterminds who brought us the likes of Cane & Grain and The Liar’s Club, so we had high hopes for this funky favourite. 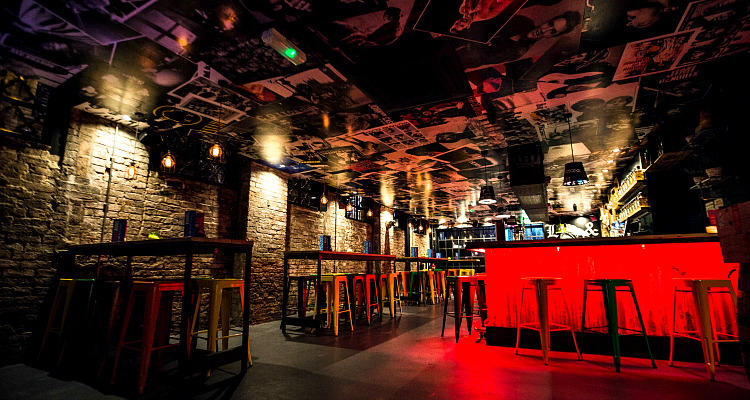 Crazy Pedro’s wears many hats; it’s a family-friendly fast food pick, it’s a popular nightlife haunt and it hits the spot for an emergency foodie fix the morning after the night before. Visiting on a Sunday afternoon, the vibe was pleasantly chilled. With a ceiling showered in iconic musicians from The Stone Roses to 2Pac, it’s fair to say that no cultural reference is out of bounds here – skateboards hang above the bar while The Flintstones and Michael Jackson reside on the walls.

In the pizza department, we opted for the vegetarian Nacho Libre (£16) and the mouthwatering Pedro Pepperoni (£16). When I say that this place is great value for money, I mean it... we could have shared just the one pizza and still felt perfectly satiated. Plus, the portion sizes (16 inches) are so generous there’s not even any need for a starter. Students, this is the place to be for a financially-savvy bite. 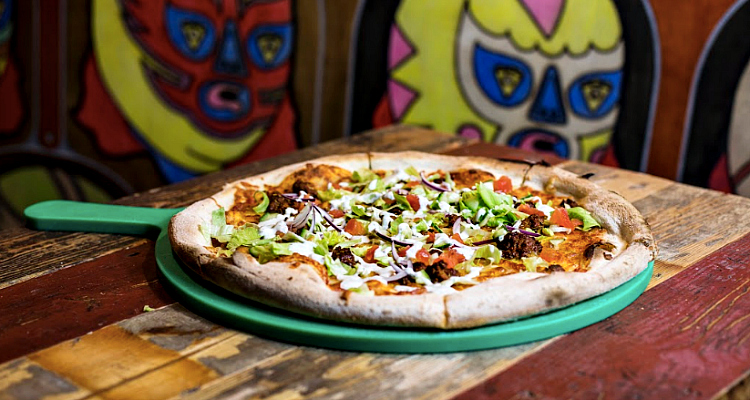 Grab a slice of the action on Bridge Street.

My Nacho Libre was a true feat; a huge pizza layered with jalapenos, chilli sauce, nachos, guacamole and sour cream. Shamefully, I’ll admit that I could only contend with half of it... the rest became my lunch the next day. A win-win. My guest’s pizza had a generous serving of pepperoni, and while extremely delicious, it was a little salty.

Libations come in the form of frozen margaritas, modern cocktails and agave-centred drinks. Going for one of the latter, my guest chose the cutesy-named Pedro and the Prinny (£8) - hitting the perfect spot between sweet and sour thanks to a dash of vanilla almond syrup offset by gin, agave and tangy blood orange San Pellegrino. I kept it simple with a crisp glass of dry rosé (£3.70) which was refreshing and palate-cleansing in between bites of my Mexican slices. 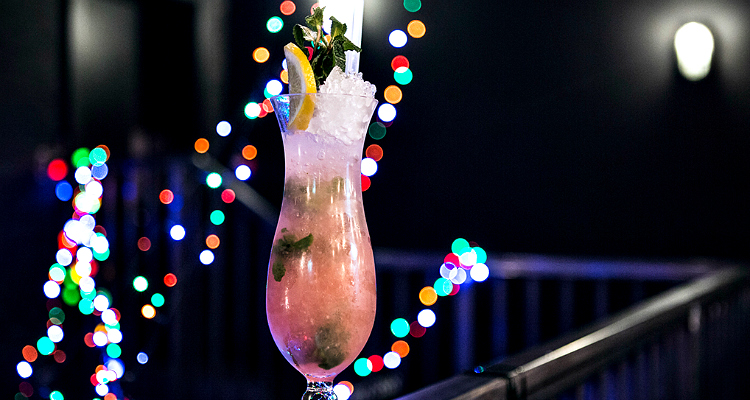 Cocktails are anything but inconspicuous.

With portions worthy of appearing on Man vs Food, Crazy Pedro’s is 100% worth a visit – it's a wonderful hybrid of nightclub/takeaway/family eatery/saviour the morning after the night before. Colours are kaleidoscopic and the design is a cultural ode to all things music and film... I’ve truly never eaten anywhere quite like it.