Did Someone Say Drunch? We Went 23 Stories High For Manchester's Newest Bottomless Menu

Manchester is positively bursting at the seams with brand new bars, exclusive lounges and lofty views of the cityscape. It’s a cosmopolitan hotbed of effortless sophistication... but way back at the beginning of it all was Cloud 23; the highest Champagne and cocktail bar in the city.

Launched over 10 years ago, Cloud 23 opened at a time when bars high above ground level were a pretty revolutionary concept. These days, glasses clinking tens of feet off the floor have become the norm, and the Deansgate spot could be considered a pioneer of aerial hospitality. As the name suggests, the bar and light-bite-type eatery is located on the 23rd floor of the Beetham Tower (also known as Hilton Tower as the landmark building is home to the Hilton Deansgate Hotel.) 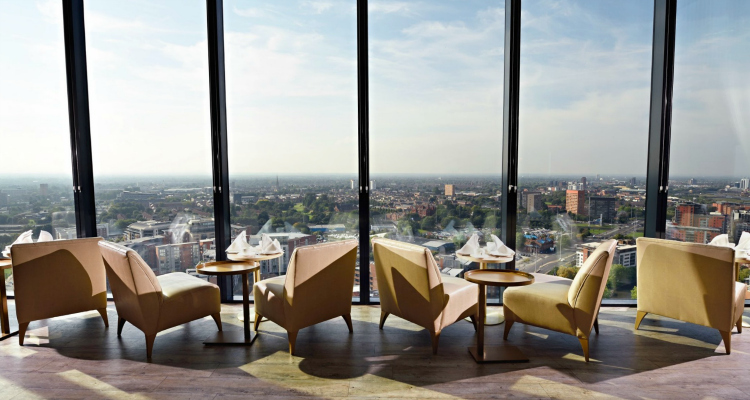 On arrival, you ascend the beautiful hotel reception with an ear-popping elevator ride to the level which marks a split in the building between commercial and residential. Here, a cantilever gives the venue its iconic silhouette while generating more floor space. It’s a classy affair which calls for a dress code nothing less of smart-casual and hey, you’d better have booked a table cause otherwise, you ain’t gettin’ in.

Floor-to-ceiling windows wow with sprawling views of the city as soon as the lift doors part and it takes a few minutes for that to sink in before you even notice your gorgeous surroundings. As somebody who usually gravitates to more independent, grungy, ramshackle bars, the expanse of white, cream and gold initially felt a little like a Westlife music video… 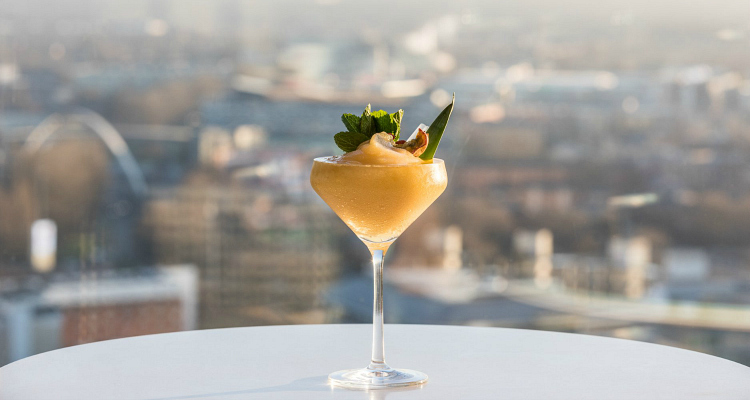 Looking closer at the floral embellishments, botanical greenery and ceiling drapes which are more akin to a modern art installation, I could appreciate its eloquence. We were actually there to check out the new Drunch offering and were more than chuffed with our duo of armchairs right up against the window. A real vantage point if you can bag it.

Drunch Club aims to find a sweet spot between dinner, lunch and bottomless drinking for £35 per guest, or £50 if you want to upgrade the standard beverages with Veuve Cliquot bubbles. I say standard but what I went for was a lychee bellini and it was far from ordinary. It was ice cold, full of fizz and bursting with that fresh lychee flavour. Delicious. 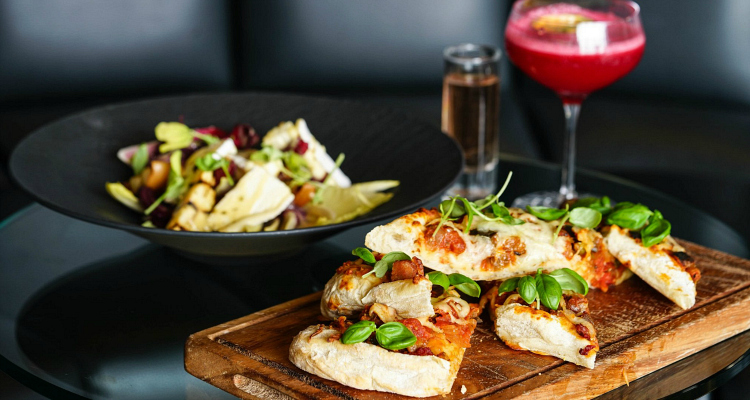 The edible component comes with a build-your-own-style choice of salad, taco or flatbread, and an array of tasty fillings to embellish it with. We both went for a flatbread – I chose the tandoori, goat’s cheese and coriander option, while my accomplice went for chorizo and manchego. I was torn by the temptation of a brie, charred apple and honey taco, though. Maybe next time.

As I believe the general consensus is about Cloud 23, the real brownie points are all in the mixology, signature cocktail list and those incredible views. Go with high hopes about those things and you’ll be chuffed. Make sure to take a trip to the toilets while you’re there too because they’re a work of art in themselves. Not that I need to remind you to do that with bottomless booze on the agenda.

Drunch costs £35 per person and is available daily between 4pm and 8pm at Cloud 23.