There's no shortage of places to eat and drink in Leeds, so when a newbie arrives on the scene, it needs to be good. Despite being open for less than a month, Head of Steam’s latest venue on Park Row is already pulling in the punters. The brand's second venture in the city, it's that little bit snazzier; with arcade games, shuffleboard and - more importantly - food to complement the drinks list. 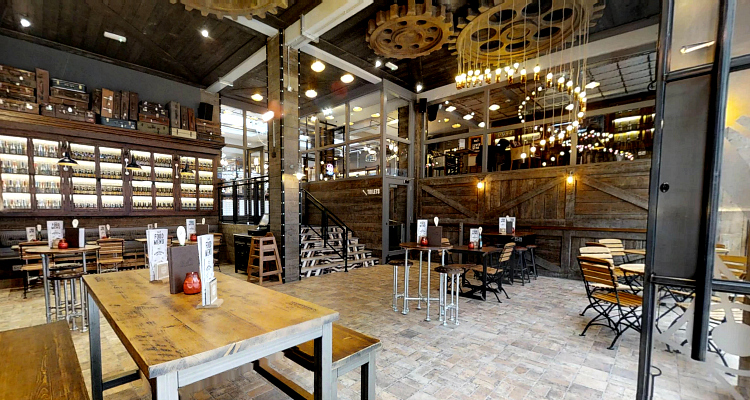 Industrial chic is the name of the game at Head of Steam.

Despite being a Tuesday, Head of Steam is busy when we visit. The bar is huge and airy, yet inviting at the same time. Sectioned off into eating and drinking areas, there’s plenty of space to mill about. The music, which is mostly retro indie favourites, is playing at a level where you can still hear each other speak. The set-up creates an atmosphere that is vibrant yet cosy – you would be equally happy here on a date as you would after-work drinks.

Speaking of drinks, the menu is vast. Beer lovers have an expansive range to choose from; think craft tipples, English brews, bottles from Belgium and even non-alcoholic beers. As someone who isn’t really into beer, I was happy to see cocktails and wines make an appearance. 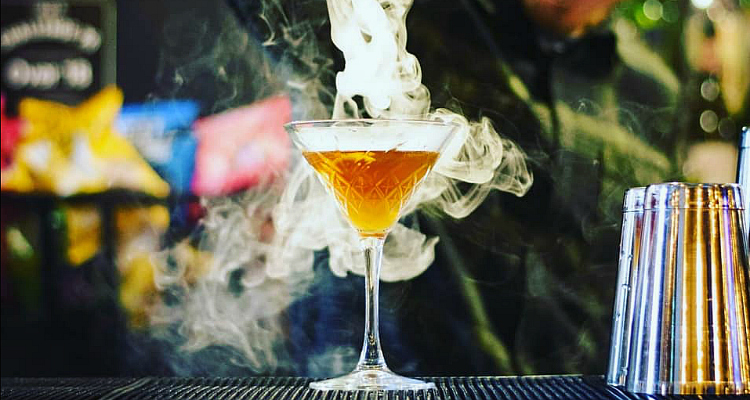 When it comes to cocktails, the bar team ain't messing about.

This is the only city centre Head of Steam to serve food and it’s a welcome addition. I tried the Smoke Mountain (£14.95); a vegan burger topped with a B12 'fried chicken' patty and the usual trimmings. As one of the signature smoked buns, it comes enclosed in a glass jar filled with a bourbon-infused puff of smoke; the ultimate Insta opp if you’re quick.

As a ‘part-time vegan’ I've wanted to try a Moving Mountain burger (£12) for a while, and you know what? The rumours are true – it tastes like real meat. We paired this with American loaded fries (£6.50) which saw a massive tray of cheese-drenched chips topped with bacon and pickles for a tasty finish. The shining star of the sides has got to be the battered Cajun green bean fries, which were crunchy, spiced, and greased to perfection.

Died and gone to burger heaven? Us too.

If the good vibes, great drinks and delicious food aren’t enough to draw you in, perhaps the décor will. The whole bar is a tribute to the city of Leeds; an old salvaged sign for Armley Mills wool export and the Leeds Northern Railway are incorporated into the industrial interior, while the city skyline is plastered across an entire wall. It’s a nice touch that I, an ex-southerner and self-proclaimed Leeds biggest fan, really loved.

As a destination in its own right, a place to refuel after a trip to Trinity, or a pit stop on the way to Greek Street, Head of Steam Park Row is definitely one to add to your list. There are few bars that have this kinda bustling atmosphere during the week, and it's safe to say that it has joined my repertoire of go-to city centre hangouts.