Take Your Pooch On This Dog Pub Crawl 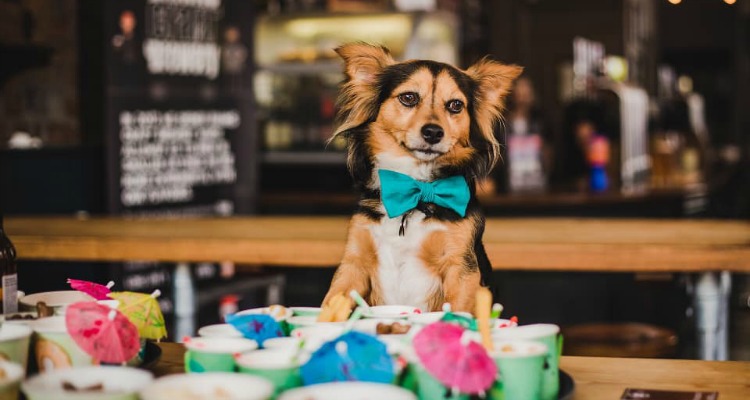 Hitting five Bristol pubs, this pup crawl is making sure your pooch doesn't miss out on a good sesh.

Not your normal dog walk, this pub crawl in Bristol is inviting along your pooch. Hair of the Dog - Pup Crawl is hitting five of Bristol's pubs for a dog-centric day of boozing and doggy socialising. And it's not just humans who will be grabbing a pint - there's 'pawsecco' so that your pet doesn't miss out, along with games, t-shirts and goodie bags for both of you to enjoy. The crawl kicks off at 3pm on 2nd of March at Horts, then on to The Rummer, before refuelling with pupcakes at Brewdog. There's doggy treats at Prince Street Social before winding up at Wild Beer - though keep an eye on those pints, otherwise you both might feel a little unsteady on your paws.

Tickets for Hair of the Dog - Pup Friendly Crawl cost £15 and include a t-shirt and goodie bag. The tour takes place on Saturday 2nd of March, starting at 3pm from Horts, and there's drink deals throughout the event.

An Award-Winning Vegan Pizzeria Is Coming To Bristol

This Bristol Bar Is Delivering Freezable Canned Cocktails Across The UK