Was Opheem Worth The Hype?

News that Aktar Islam was returning to the kitchen has made the whole of Birmingham more than a little bit excited. As a city, we’re often guilty of generating ridiculous levels of pre-opening hype based on little more than a clever name and a few carefully curated Instagram photos, only to be sorely disappointed once the doors open. This is different though; Aktar has all the credentials to make the hype surrounding his new venture entirely justified. He’s an irrefutable giant of the Birmingham restaurant scene, a Great British Menu and F Word winner who has brought us brilliant venues such as Lasan, Raja Monkey, Fiesta del Asado and (sadly deceased) Izza Pizza. And that’s not even an exhaustive list. He’s now going it alone at Opheem, which aims to bring progressive Indian cuisine to the city.

The interior of Opheem is stunning, a feat made even more impressive when you consider that just a few months ago it was a nightclub. Walls and ceilings are brushed grey concrete, softened by metallic accents, neutral leather seating and impressive lighting features. A glass wall, emblazoned with a golden ‘O’, stretches across the open kitchen to bring visual drama into the dining room. This ‘O’ becomes a signature, repeated throughout the restaurant; it’s on the menu, in lights outside, and picked out in white flowers against a wall of greenery. I can’t think of a more beautiful dining room in the city; on this alone, Opheem is making a serious statement of intent. 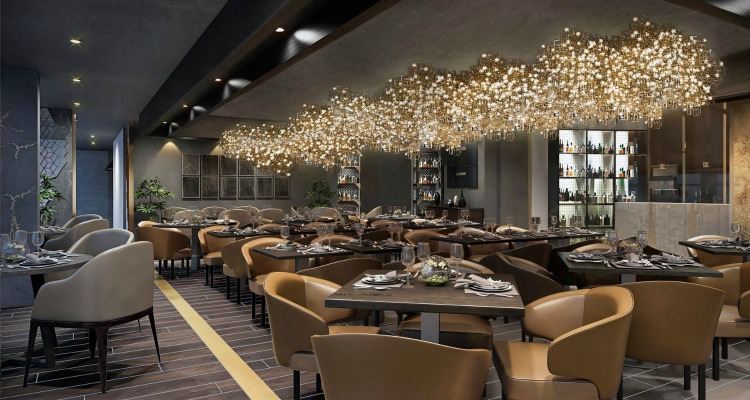 From nightclub to one of the most beautiful restaurants in the city: Opheem is gorgeous top to toe.

At Opheem, Aktar takes the familiar flavours and spices of the Indian subcontinent and transforms them with a unique mix of traditional and modern techniques. The meal starts with a round of playful amuse-bouches, including a tamarind broth shot encased in gel that bursts in your mouth and a cone of sea trout and petit pois ice cream.

After come our starters, deceptively simple in appearance. One a hogget cutlet, the other an arm of octopus, both appear in the centre of the plate accompanied only by a little puree or pickle. One taste, though, and the technique and time put into these dishes becomes apparent; there is complexity and depth which can only be achieved with great skill.

The mains are just as impressive; a classic dopiaza is separated into perfectly cooked chicken breast, cutlet and wing with various guises of onion before being reunited with a sauce rich with tomato, onion and cumin. After all, as Aktar puts it, “it’s still a curry”. Our other main strays more towards the West but is equally impressive; slow braised ox cheek with mushrooms, kale and elephant cardamom sauce. We run out of time for desserts, but they follow a similar vein of Indian flavours updated with classic cooking techniques – I’ll definitely be returning to try them. 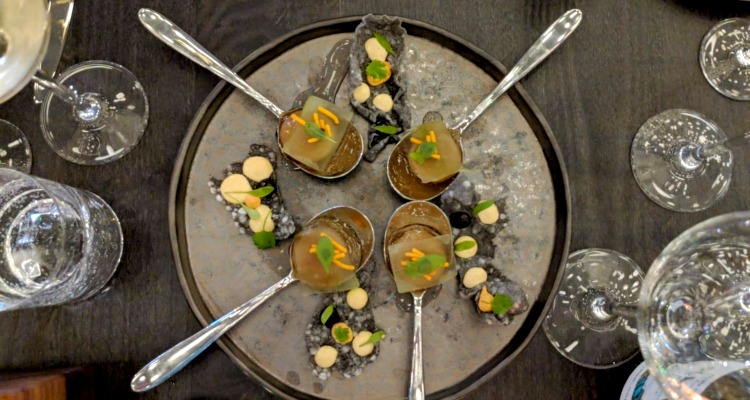 Indian food is given a modern twist under Aktar Islam's skilled hand.

Every last detail of Opheem has been perfectly thought out, and it’s seriously impressive in every way. Aktar has always been one of the biggest talents in our city, but Opheem is more exciting than anything he’s ever brought before. Indian restaurants are seriously under-represented in the Michelin Guide, and outside of London even more so. Opheem has major potential to finally bring an Indian star to Birmingham, and I cannot wait to see how it develops.

Birmingham based food blogger with a big appetite. @noshandbreksbhm