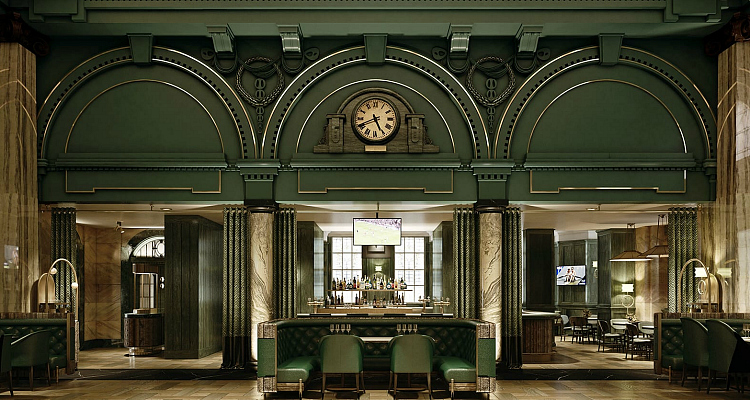 Manchester is about to get a whole lot sexier.

Calling all food fiends, Tom Kerridge is opening his fourth and final restaurant right here in Manchester. In case you need a refresher, he's the acclaimed chef behind the UK's only two-Michelin-starred pub, The Hand and Flowers in Marlow. Heading north for his fourth and final venture, Kerridge is teaming up with ex-footballers Gary Neville and Ryan Giggs to launch a hotel and restaurant in the Grade II-listed building that was once Manchester's Stock Exchange.

Alongside 40 plush rooms and signature suites, you can expect grand decor with modern touches. As for the restaurant itself? Located on the historic trading floor, you'll find a domed ceiling and banquette-style seating. We even hear that Mancunians will be able to get a taste of recipes that have been developed in The Hand and Flowers.