A Twist On The Classic: How Was The New Summer Menu At Bill's Soho?

The first ever Bill’s restaurant opened in my hometown of Lewes, East Sussex, in 2001, and to say it’s taken off in the last 18 years would be an understatement. With 81 venues across the country, you’d be forgiven for thinking that there were no lands left to conquer for the high street favourite. They've got the brunch thing down to a tee, championed seasonal eating and now they’re shifting focus to the late night market, with a revamped dinner menu and sultry live music nights at their Soho joint. But can they make the turn from brunch hub to brooding cocktail den? We went down to see what their after-dark dining experience has to offer. 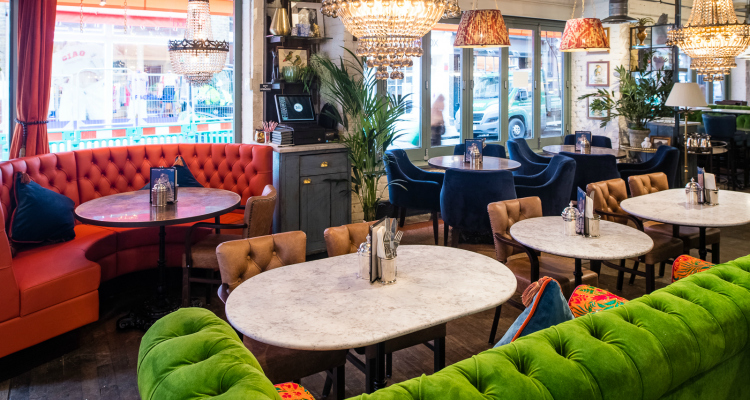 Colour-pop interiors and a slick Soho setting are just the start of what awaits you at Bill's.

Smack bang in the centre of Soho, when we turn up there’s already a queue of people waiting to get their paws on the new summer menu. We take our seats to the sound of the band’s opening set - a wonderful accompaniment to our view out the open bay window that stretches from one side of the restaurant to the other. There really is nothing better than slow jazz to soundtrack the many faces passing through Soho on a Friday night, and also one group of Boris Johnson impersonators.

Call me basic, but I’m a sucker for the classics when it comes to food options, and Bill’s have got my appetite down to a tee. From crisped up calamari with chilli and lime aioli (£6.95) to moreish halloumi sticks (£6.50), they’ve got a menu packed full of all the old favourites. However we did branch out into their chicken and sesame dumplings (£6.25) for a bit of extra flavour. Served with a spicy chutney, the parcels were crunchy on the outside but soft on the inside, and left us feeling more than satisfied. To wash it down we opted for Bill’s signature cocktail, the Bill's Collins (£7.95), which mixes vodka, strawberry, elderflower, lemon and sparkling water. On taste alone you’d barely notice it had vodka in it, but a few sips in and it was certainly taking the edge off a long day at the office. 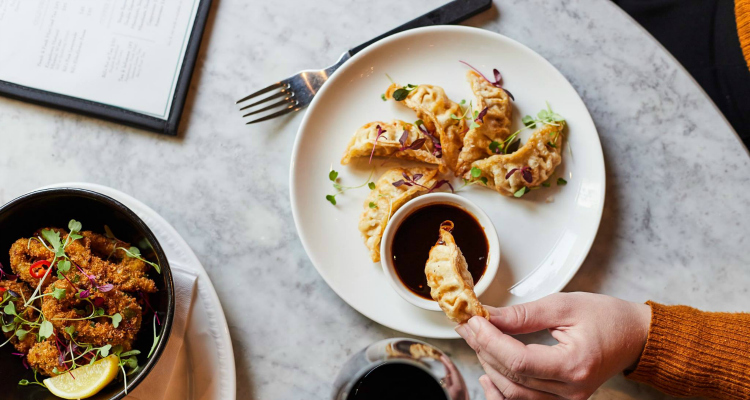 The menu fronts an international array of delicious dishes.

As 9pm struck, the vocals of South London soulstress Riketté Genesis began, giving us a stunning rendition of both her own original material and a few covers, including her take on a classic Justin Timberlake track. The mix of the cocktails and the music transformed the atmosphere completely, from high street brunch spot to late-night jazz club. With a programme of events featuring some of the best upcoming artists from Soho Live, the leading jazz, hip-hop and neo-soul talent in one of the most bustling areas of London, I can’t wait to see more.

Still humming along to some of our favourite classics, we tucked into our mains. Taking the plunge into the new menu, we went for the vegan carrot, cashew nut and mushroom Wellington (£11.95). Served with broccoli, butterbean mash and a deeply-flavoured vegetable gravy, it had just the right amount of crisp pastry and crunchy veg to compliment the light and creamy texture of the mash.

Dessert was an obvious choice as my Achilles heel, the triple chocolate brownie with ice cream (£6.50), made a majestic appearance. Surpassing even my lofty expectations, the brownie slab was soft to dive into and melted in your mouth, what’s not to love? 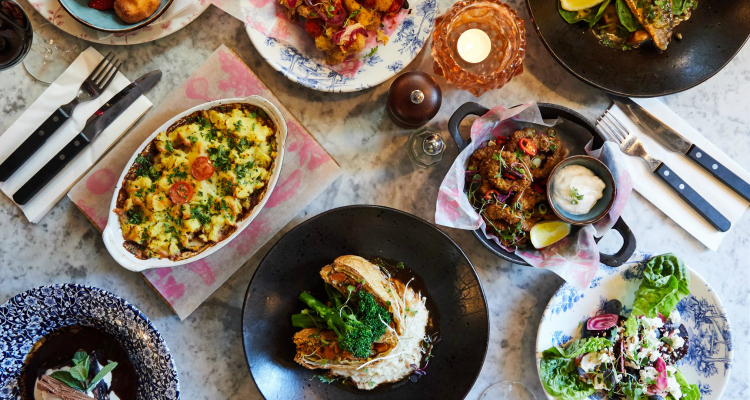 Bill's Soho's mix of live music and moreish meals are the perfect addition to your Friday night.

Bill’s is a restaurant that has consistently gone from strength to strength to withstand the pressures of the industry, and with their latest menu launch, it’s clear to see they’re kicking it up yet another gear. Not only did the menu give its loyal customers’ tastebuds a refreshing kick of novelty, the live music brought a sense of the late night cocktail bar to this traditionally family-orientated spot. It’s a bold new era for Bill’s, but one that keeps them firmly on the map.