The Spiders From Mars (Bar Cheesecake): We Tried Out Ziggy Green's Mexican-Inspired Menu

A gorgeous venue from the ever-growing Daisy Green Collection, Ziggy Green takes pride of place as part of Heddon Street’s trendy restaurant set. Ziggy boasts a particularly special location on the strip though, with their doorway immortalised on the cover of David Bowie’s The Rise and Fall of Ziggy Stardust and The Spiders from Mars - and suddenly the name clicks. They’ve taken that theme and run with it, decking out the space in vinyl records and murals of Mr Stardust himself. As a ride-or-die Bowie fan, my interest in the venue was already piqued, but when I heard that they'd also thrown a new Mexican-inspired menu into the mix, it was only a matter of time before I went down to investigate. 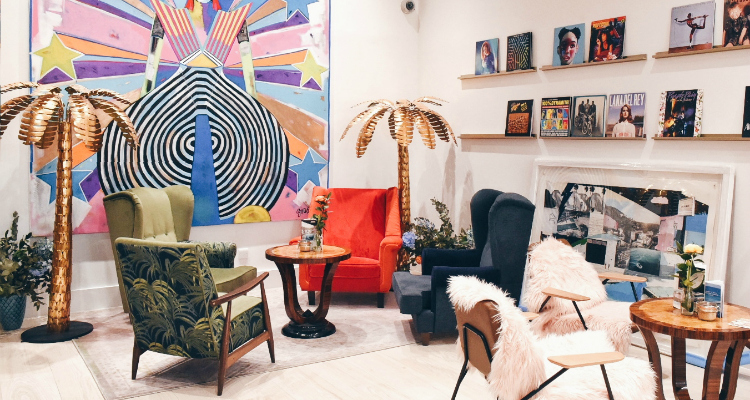 You may recognise Ziggy Green's doorway from Bowie's 1972 album cover, and the interiors pay tribute to that.

Incorporating three courses of Tulum-influenced eats for a hugely affordable £29.50 per person, Ziggy Nights is the ultimate summer offering. On top of the edible treats, guests can sip down a couple of rounds of watermelon margaritas, served at the table from a hollowed-out watermelon.

Kicking off with the tuna ceviche, we discover a delicate bowl of deliciously soft yellowfin tuna, avocado and crunchy corn paddling in a pool of citric tiger’s milk. We match it with a much less dainty helping of jackfruit nachos, which come loaded up with cheese, guac and a zingy hibiscus sour cream. The whole thing works a treat when washed down with those sweet, punchy margaritas, which hold the precise amount for two drinks each. There's also the option to add bottomless prosecco for a tenner each, but it’s a Wednesday, and despite the Bowie influences, I will never be that rock’n’roll.

For mains we hit the big leagues with the tacos. There’s barely a vegetable in sight as we opt for lamb barbacoa, grilled chicken and Baja fish options. The fish taco is an immediate stand-out, deep fried and flanked with mango salsa, spicy cabbage and sour cream. However, the other two hold their own, with the lamb toting a particularly enticing pomegranate and pickled onion combo. 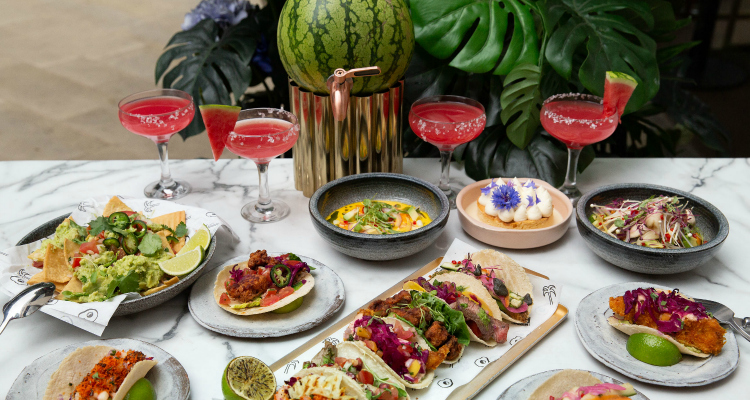 To finish, we’re treated to the yin and yang of Ziggy Green’s dessert menu. First, an exquisite tres leches cake, which, with its tiny blue flowers and subtle flavours, both looks and tastes like fairy food magicked up to human proportions. By stark comparison, the Mars Bar Cheesecake Ball (£8.80) is an imposing chocolate Death Star, the size of a hockey ball, only denser. Packed with gooey caramel and surrounded by chocolate crumbs and fresh strawberries, it’s a dessert that looks you dead in the eye and says, “Eat me, you coward.” And we happily oblige.

One of the most affordable set dinners in Central London, Ziggy Green’s Mexican-inspired menu is a mouthwatering mix of moreish flavours. The ideal destination for a night out with pals, this vibrant venue has certainly taken a few cues from its namesake.