It doesn’t take a word association game to link Michelin Star with Sunday best smart. It seems almost inevitable that the two go hand in hand; so when my colleague Tom rocked up to work with t-shirt and trainers before our impending Lima date, I was surprised. Surprised further still, when ‘no’ was the answer to my question: ‘are you going home before we visit the Michelin-Starred restaurant in Fitzrovia?’ But then - like Tom - Lima isn’t a sucker for tradition, especially when it comes to exceptional dining.

I take great pride in being right, and as someone who would rather go barefooted than in trainers, casual isn’t really my style. Nor did I think it was Michelin Star style, and having questioned Tom’s decision to wear a t-shirt for 90% of the eight-hour working day – both in my head and very audibly – I was convinced Lima would take one look at us, and tell us to bugger off to the Zizzi’s down the road. Cool, laidback and very casual, Lima couldn’t be further from the fussy French stereotype that comes with that starry accolade. The restaurant is split into several parts, the front and back, separated by an open kitchen; and the downstairs bar.

Filled with businessmen, dates and most importantly, other t-shirt wearing patrons, the restaurant is neat and uncluttered. A huge domed skylight gives the sense of being in a conservatory, with mirrors on each side of the wall, giving it a larger, more spacier feel than the four walls actually hold. One waiter seemed to have mastered the art of teleportation, as he jumped from table to table, delivering plates in nanoseconds and looking after every need, without being conversation-interrupting familiar. 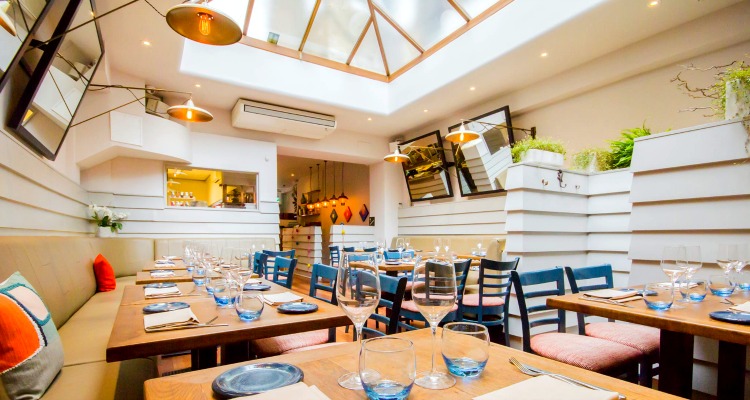 Lima Fitzrovia's back restaurant is a simple space of white walls, sky lights and a few potted plants.

As one of London’s first places to really bring Peruvian dining into the limelight, Lima has garnered an admirable reputation. Add on to that reputation, one of the best chef’s in the world and the much aforementioned Michelin Star, and expectations are Everest high. Split between fish dishes and slow-cooked meats, the menu combines traditional Peruvian cooking with modern twists and European ingredients, with the idea that you order several and share.

Starting off our journey into South American dining, came three canvas-worthy small plates. Tuna Nikkei (£9) combined the fresh, subtle taste of raw tuna with a red broth, flavoured with smoky Rocoto peppers, for a taste not dissimilar to paprika. Duck Escabeche (£10) was a solid, sturdy choice as the richer flavours of duck breast, shallots, mushrooms and a meat jus were lightened with a super sweet yellow mash. It was the larger plate of suckling pig (£21) that had us forks at dawn; a fillet of pork crisply charred on the outside which cracked into soft, tender pig, worthy of its ‘suckling’ name.

Anything short, sharp and throat-tingly strong and I’m sold, which is precisely what a pisco sour (£8.50) delivers up. Lima’s had slightly more bitters added in, taking away the sometimes overly citrus-y aftertaste. If you hadn’t heard of pisco before, get acquainted with it on this cocktail menu, as the spirit is mixed into a slick range of signatures that even the sweetest teeth will enjoy. 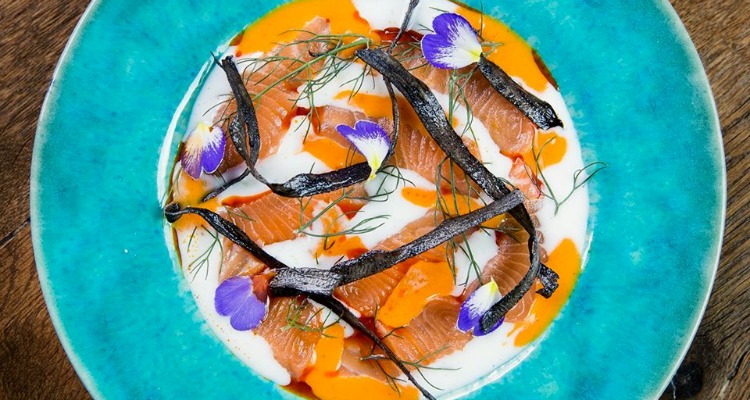 From one of the best chefs in the world, Lima Fitzrovia showcases the delicious cuisine of Peru.

With some of the best dining in London, you might expect a bit more smugness, a little more self-congratulating and condescending; I’m not sure Lima is entirely bothered about its awards. The only thing this kitchen cares about is cooking excellent, unforgettable dishes, in an atmosphere that entices everyone – even the t-shirt wearers – in.