We tried out the brand new Cinnamon Kitchen opening in Battersea

If you want to go for a curry in London, you’re not short of options. You could go cheap and cheerful – down the neon-plastered cobbled street of Brick Lane, being jostled by curry touts all promising the Masterchef’s Favourite Curry in London/Curry of the Year 2016/The best thing since sliced paneer to make you come inside. Or else, you’re likely to find one on any high street, pub or street food market – it is the British national dish after all. But back when Indian chef Vivek Singh opened polished Cinnamon Club in a Victorian library in St James in 2001, the humble curry was a bit of a tired dish. Indian fine dining just wasn’t a thing. But Singh changed all that with his delicate tandoori salmon and lamb and sweetcorn curry (dubbed “the most popular curry in Westminster”) and thanks to the restaurant’s success, he’s paved the way for the likes of Dishoom (slowly making itself a household name), Michelin-starred Jamavar and fine-dining Darbaar in Liverpool street.

Now, Singh’s more informal offshoot Cinnamon Kitchen has opened his second London outpost at Battersea (with already successful branches in Liverpool Street and Oxford). With an influx of tech companies (including Apple) clamouring to bag a spot at redeveloped Battersea Power station, and Prince George making headlines by attending school in the area last September – it looks set to be an up-and-coming neighbourhood and another savvy move from the master Indian chef-entrepreneur.

The power station overhead is far from complete  – hulking metal frames are protracting from it at every angle. But there are hints at the bougie, polished neighbourhood this area will become under the railway arches, which are slowly being transformed into restaurants and popups, with luxury flats nearby so new you can almost smell the paint drying. 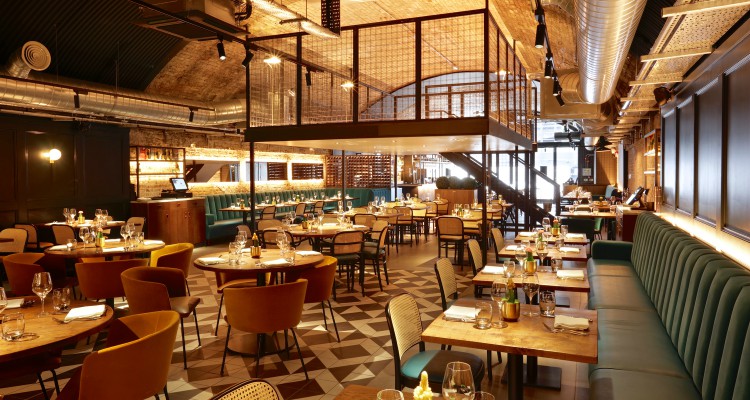 The new Cinnamon space is one of their most impressive yet.

Singh has enlisted the help of Tony Conigliaro – an A-list name on the London bar scene – to create the restaurant’s cocktail menu. The Mezcal Verdita (£9) comes in two glasses, with the premise that you sip the fiery mescal first and then sip a chaser of pineapple, chilli and black pepper – a fun concept – but don’t mix them up. All cocktails are fragrant and spicy: strong kicks of alcohol blend seamlessly with punches of chilli, pepper and mustard seed.

For the food; think British dishes with an Indian twist. Sure, there are curries and biriyanis, but you should head firmly for the grills section of the menu where wild African prawn in a coriander and garlic crust (£17.50) and char-grilled pork rib (£8.50) are delicate but packing a punch and act as starters. We start with a ceviche of black bream (£9) which, although a Peruvian dish, works amazingly well with Indian spices and mango. Mains are a creamy turmeric curry of meaty king prawns (£25) and Clove smoked lamb rump (£24) – crispy on the outside with bright pink tender meat inside. It plays out like the restaurant-set sequel of Gone in 60 Seconds. 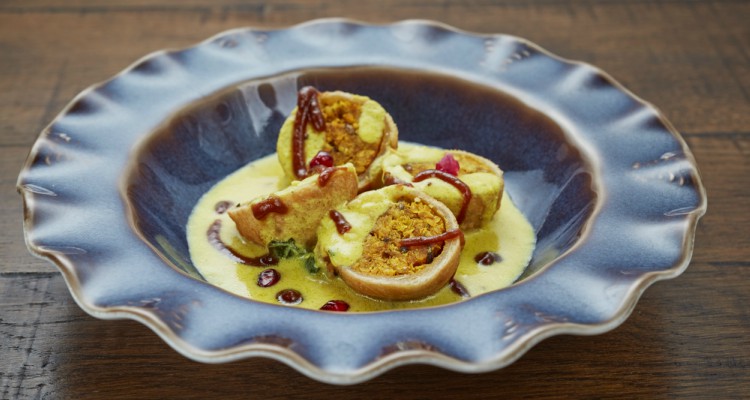 The dishes at Cinnamon Kitchen are elegant, with a little attitude.

As is so often not the case, Cinnamon Kitchen, with its British-Indian menu, doesn’t pull any punches when it comes to spice. Cocktails trigger off a tingle, and rice comes wafting with fragrant cardamom, there’s delicate star anise and punchy chilli – you won’t find hair-raising vindaloos here, every flavour has a reason to be there. It’s modern Indian cooking that doesn’t rest on tired chicken kormas and floppy naan bread. Although portion sizes are admittedly a little on the small side, the trick is to order lots and share (although you won’t want to).